Hunter's Law is a unique and fun "simulation/adventure" that plays like what Wolf would have played like, had it been released in 1992.

You play two characters in the game: one, a scientist stationed in orbit above the planet Alguan, sent to study the Halatorians - four-legged feline-canine intelligent creatures that are the only non-terrestrial intelligence found in this galaxy. To relieve boredom, you and your fellow scientist place bets on various Halatorian tribes to win money. Your other role is as the leader of "Metal Claw," the tribe your alter ego scientist places bets on.

The gameplay alternates between you as the human scientist and you as the Halatorian. In human mode, you can place new bets, review the computer log, or watch the activities of the tribe on the scanner. This is where you will plan your day aboard the Station. You select a bet, review the others to see how a tribe is doing, then begin the activity. The game is split into 20 weeks, every 4th level being a tribal challenge in which the Metal Claw tribe fights against the five main tribes of Alguan, or at least those on the Metal Claw tribe's continent. This mode is more or less a "game review/monitor" mode, and no reflexes are required here.

Once you begin a level, the game's perspective changes. You are now Quiwkali, leader of the Metal Claw tribe. Here is where both strategy and reflexes are necessary. You will select members of the tribe to form "HuntPack" to hunt for food, and fight various animals that get in your way toward reaching the goal. As each member of your tribe (called "warrior") kill animals, they will advance in honor and rank - gaining both attack and defense power in the process. You also gain new members after defeating a tribe (in the monthly tribal challenge). You have to watch the hunger level of your tribe, as well as each warrior's stamina - sending someone who hasn't had a rest in 48 hours into a tough fight is a sure way to get killed.

Hunter's Law is a fun and unique little game, although the two modes don't really come together that well - it seems the "human scientist" mode was used only as a pretext for you to save/restore game, and read about various factoids. I had a lot of fun with the game, but not without wishing that it would have more variety. The unique gameplay makes this underdog well worth a look, although it's not a Top Dog in my book. 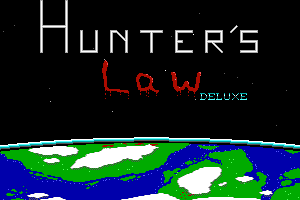 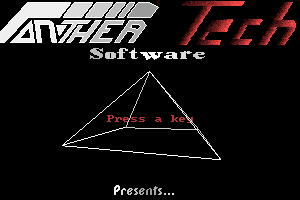 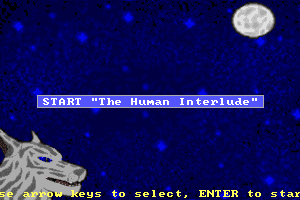 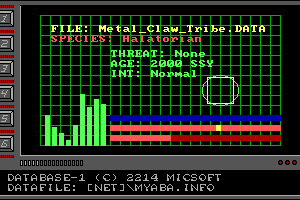 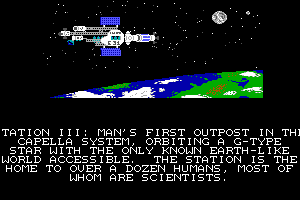 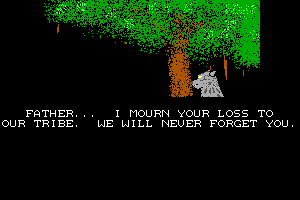 This is Chained, the original creator of Hunter's Law.

I dimly remember that the CHEATER message is due to the program detecting that you ran an executable from a later section of the game while still in an earlier part. Since it was split into multiple EXEs, all you had to do was run (IIRC) HUNT3.EXE to skip right to the ending. So I put in a check to prevent that, plus a snarky message.

Unfortunately I have lost the source code to Hunter's Law in a HDD crash from the 90s. But I can see if I can find my copy of the game and work out how to fix the CHEATER message.

I just noticed, all of the images posted here are from before the CHEATER force close. I wonder if anyone can get past that check anymore

No matter what I do, the game keeps giving me a CHEATER message and closing out. I can't seem to find any way to not trigger it. Anyone have any ideas?

Share your gamer memories, help others to run the game or comment anything you'd like. If you have trouble to run Hunter's Law, read the abandonware guide first! 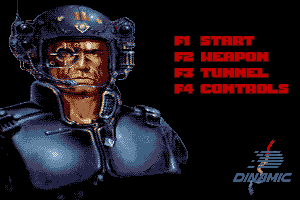 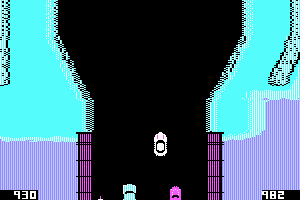