Rorke's Drift was the first game in Impressions' little-known "Micro Miniature" series of games that are based on the same engine.

Although it is a worthy attempt to portray the little-known battle of the Anglo-Zulu War, it failed to capture anyone's interest due to very poor user interface, shallow gameplay, and horrendous AI. Good perhaps as a historical lesson in how not to design a wargame, but little else.

If you want a good game about the Zulu War, play ISI's Zulu War instead. Fortunately, the updated 1993 version slated for release in the U.S. was never out. 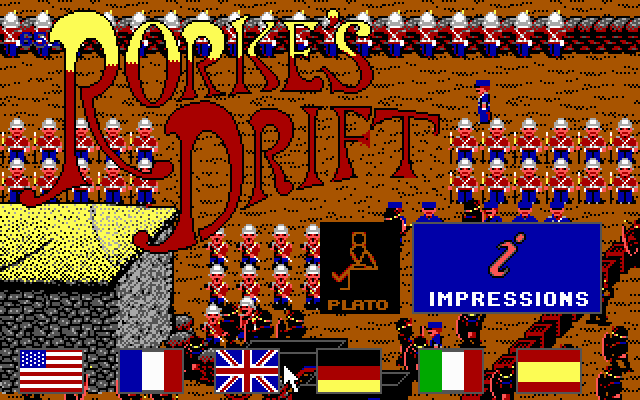 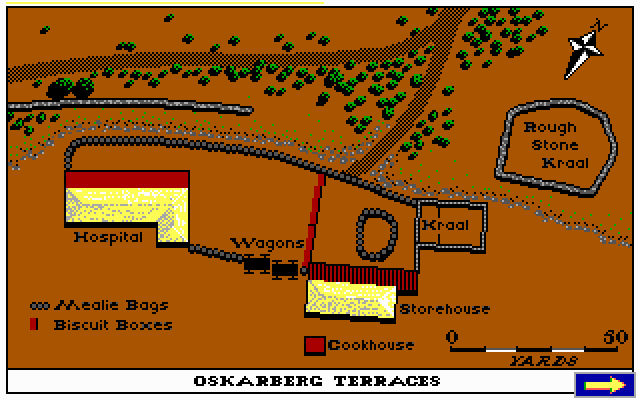 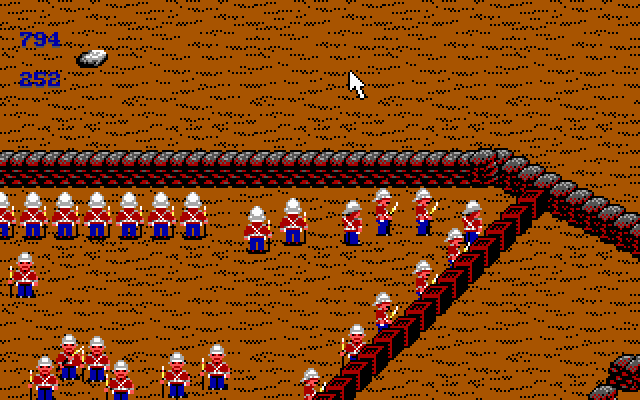 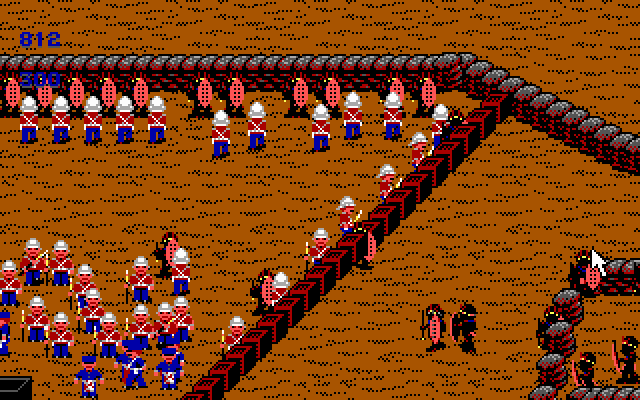 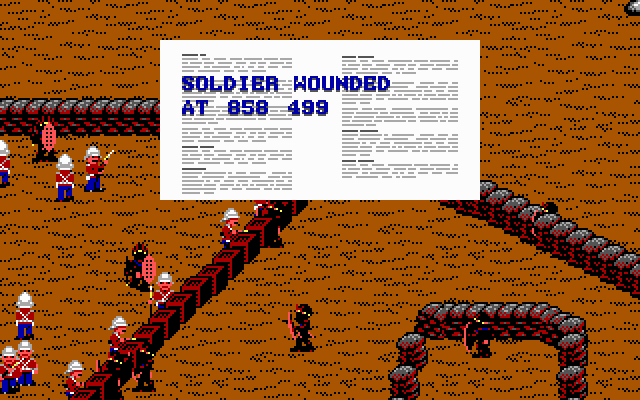 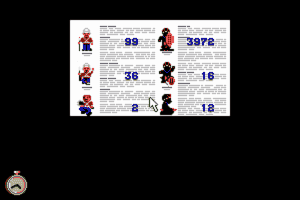 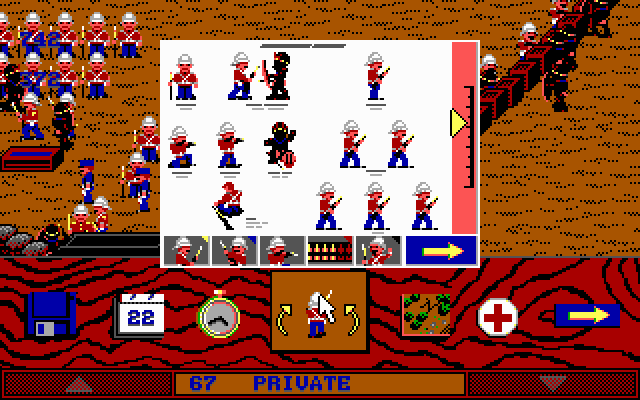 it's funny how they made it out to be so heroic and proud. When you think about it an army of English blokes went to Africa with guns and then basically murdered all the native people living there who only had wooden spears and grass shields. You must have really pissed of all the local to have them ALL attack you... they were on their property and homeland though and no doubt they were asked to leave but the English blokes refused, so thats probably why they attacked. Looking at it another way though. Suppose a foreign army invaded England, they all had machine guns and all the British had were gardening tools, pitchforks and shovels and spades and kitchen knives. So the ENglish folks ask the foreign army to leave but refuse and help themselves to your belongings and enter your homes uninvited... So eventually the whole town gets pissed off and they all gather up en masse intent on kicking out the invaders by force as peaceful negotiations are no go. Obviously theres a load more brits then the invaders, but they have metter weeapons and start mowingg down all the old grandads and young men who are charging at them by now. This goes on for a while and loads of Brits have been killed but fortunately the Brits have also managed to take out a few of them too... Eventually near enough the whole town is wiped out, but all the invaders are repelled now. The morale of this story, is that the invaders were very heroic and morally did nothing wrong. They are heros in fact because they near enough killed off the entire town. The invaders will be remembered throughout history for their bravery. The ENglish townsfolk?.. well no one really remembers them anyway. They fought unfairly because they outnumbered the invaders with countless more men. The End.

micro miniature 'series of games' IS NOT A BATTLE, DWOY!?!

Everyone in the UK knows about this battle (mainly coz of the film). It's a shame Impressions ruined it. Really could have been a good game as many people are interested in this scenario. If anyone ever did get the source and pick up the baton for a "reboot" fix the user interface and awful collision detection which might have been down to low-res issues.

Little known?? - Its one of the few battles i HAVE heard of!!

"Little-known battle"? Only a film made about it with Michael Caine...

Share your gamer memories, help others to run the game or comment anything you'd like. If you have trouble to run Rorke's Drift, read the abandonware guide first!