Description of Gobliins 2: The Prince Buffoon

The avalanche of hair-raising puzzles continues in this sequel to Gobliiins 1, albeit with a totally different plot (save Prince Buffoon (yeah, no joke) from the --you guessed it-- the evil maniac). The sound and the graphics are much improved, and the plot, story, and characters are even funnier.

As in the first game, one of the charms of Gobliins 2 is the funny animations and character voices, gibberish though they may sound. You'll chuckle at the goblins' antics and their expressions when they are being crushed, bashed, or even eaten. Don't let the game's cartoony style fool you, though: this is one difficult game-- controlling one less goblin (hence the missing "i" in the title) doesn't make it any easier, especially it is not as obvious as in the first game what each character can do. This makes it much more frustrating than the first game, as many puzzles require trial-and-error.

Still, if you like its predecessor, you'll probably like the goblins' second outing. Recommended, but for puzzle experts or anyone with infinite patience only. 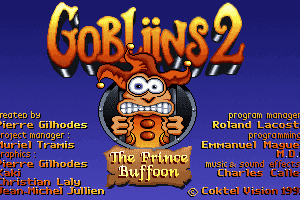 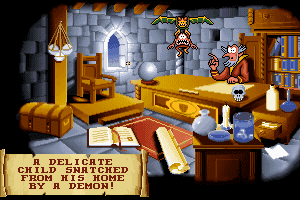 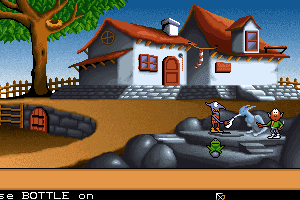 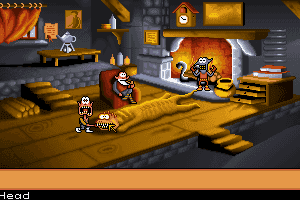 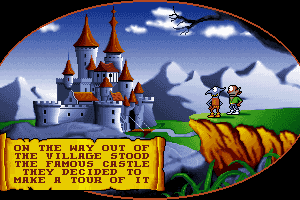 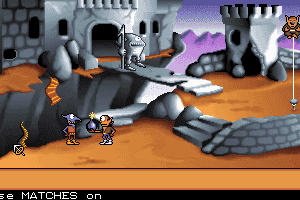 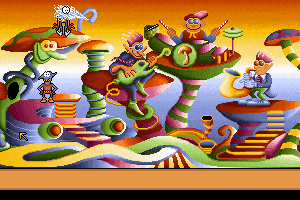 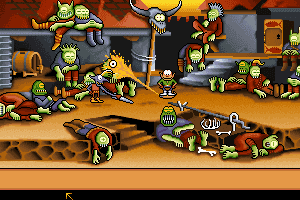 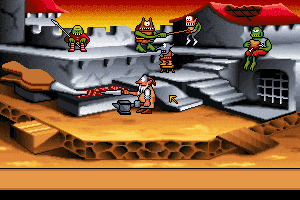 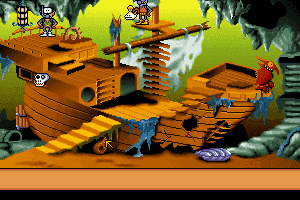 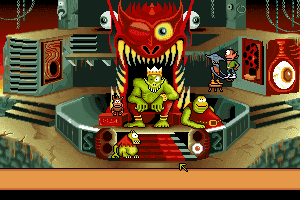 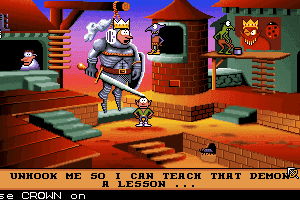 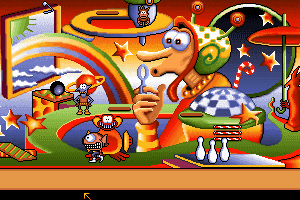 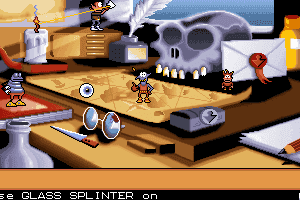 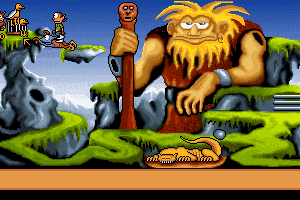 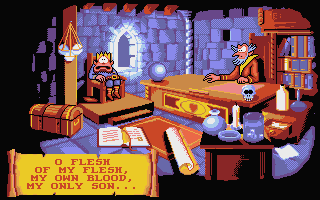 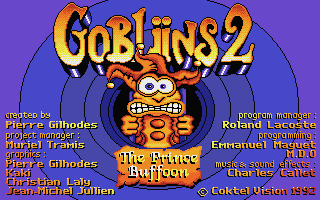 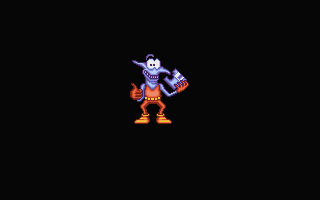 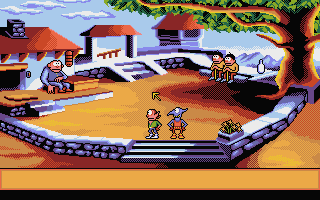 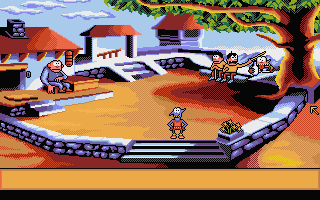 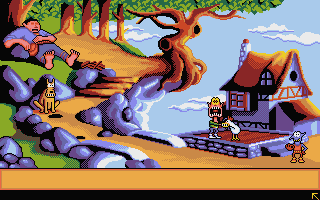 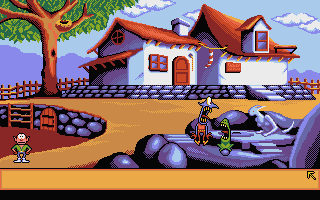 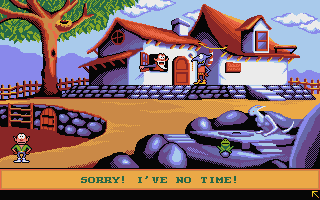 Technically the Talkie version from gog is the best. Smooth animations, most colors and great voices. Except one thing! The Amiga version has the craziest soundtrack with samples and great melodies.

On the PC, there is just a high quality atmospheric sound.

The CD version is better, it has good music and speech(in English). IIRC it is also possible to select the language(though the speech is always in English) in the setup.

@me you have to install Dfend. It incluses dosbox. then you must install goblins 2 in dfend and you can play.!

This is so COOL!
Thanks!

Gobliins 2: The Prince Buffoon is available for a small price on the following websites, and is no longer abandonware. GoG.com provides the best release and does not include DRM, please buy from them! You can read our online store guide .

Gobliins 2: The Prince Buffoon was also released on the following systems: 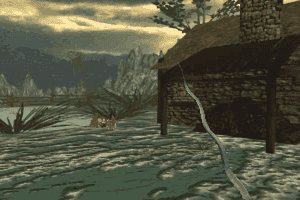 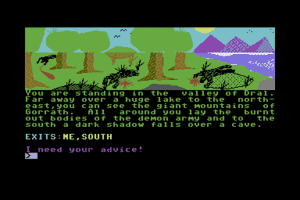 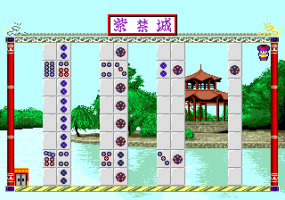 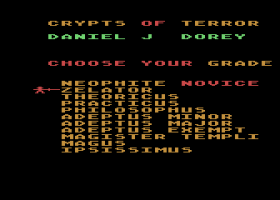 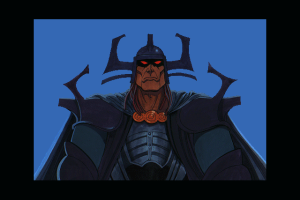 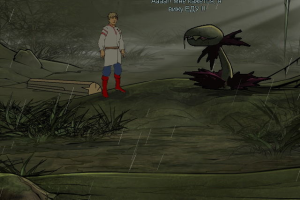