This game dodgeball - a rough game where the object is to hit the players on the opposite team - with 3 players on each side. Once you have the ball, you must try to swing it as hard as you can at the opposing team, usually by running, jumping, and then slamming the ball down on the hapless opponents. On the other hand, if the other team has the ball, you have to either avoid it or catch it. Graphics are in SD style (stumpy bodies, large heads). The game features many unique special powers, and funny endings. The main problem is that the game is very difficult, as you can control only one character at a time while your computer-controlled teammates wander around stupidly. Still, it's fun, and eminently playable.

Read the help.txt in the game directory to have some help to play 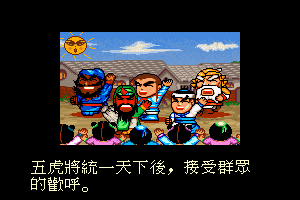 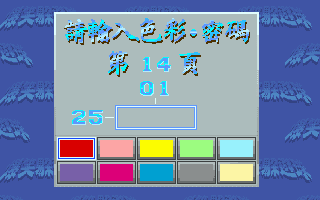 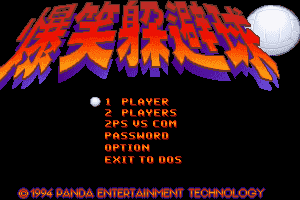 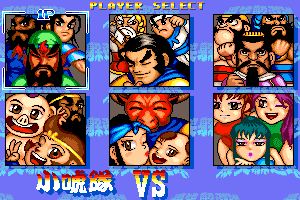 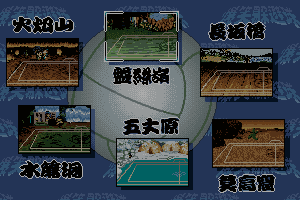 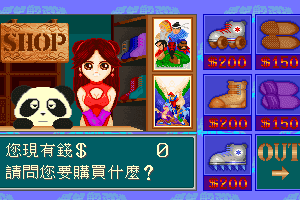 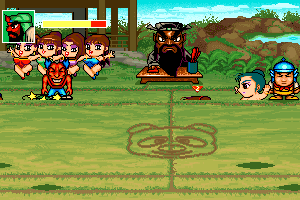 Share your gamer memories, help others to run the game or comment anything you'd like. If you have trouble to run Baoxiao Duobiqiu, read the abandonware guide first! 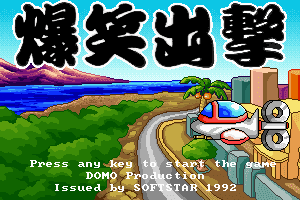 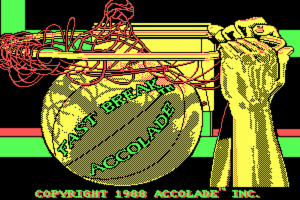 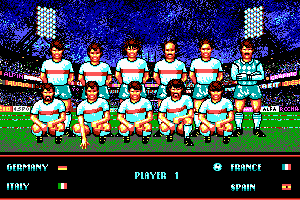 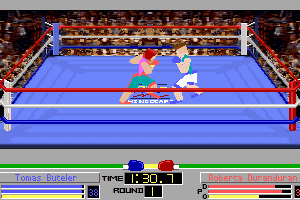 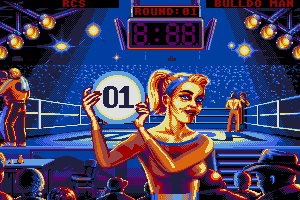