Description of Catch the Sperm 2 Windows

Released as part of the “Stop Aids” campaign of Switzerland’s Federal Ministry of Health and Swiss Aids federation, Catch the Sperm 2 naturally carries a positive message: unprotected sex is risky. You are a miniature warrior armed with a condom gun, stationed in the vagina (yes, you read that right) of a woman who is engaging in a sexual act (I know, it’s incredulous to think I may one day be writing this for a non-adult game review). Your job is to fire condoms from your gun to trap the sperms. Your real worry, though, is the AIDS virus. If you let a few sperms slide by, you’ll still be playing the game (albeit with reduced score). But let one AIDS virus slide by, and it’s game over.

Different colors of virii award different points, and the accuracy of your shots is important because you’ll get penalized for wasted shots. Catch the Sperm 2 adds more of everything that makes the original addictive: more kinds of virii, power-ups, and even other diseases to the mix (herpes and syphillis to name a few). The graphics is even more spectacular than the original, although it doesn’t look much like you’re inside someone’s vagina anymore ;)

With eye-catching graphics, excellent gameplay, a good sense of humor, and a great message to boot, Catch the Sperm 2 is a fun coffee break shooter that will entertain you – and hopefully remind you of the danger of AIDS. Two thumbs up! 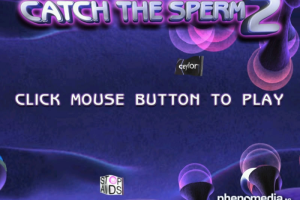 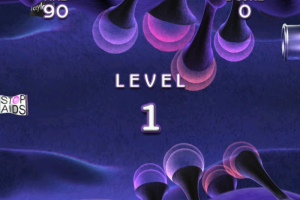 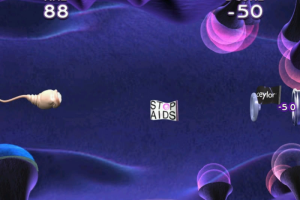 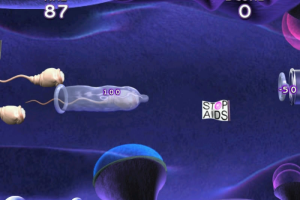 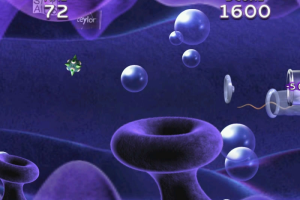 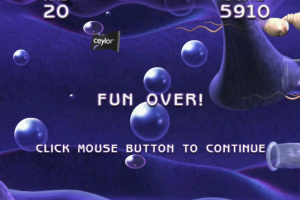 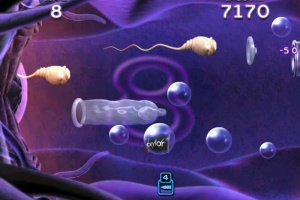 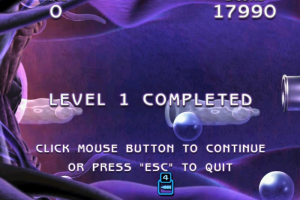 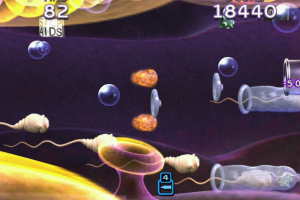 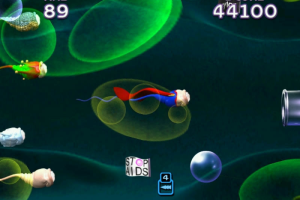 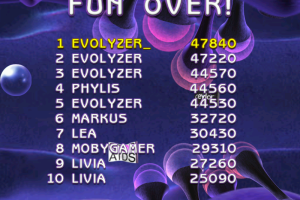 oh my little one, it is almost time for our reunion. We will live such a happy long life together. Can't wait. luv ur hung mighty sperm gawddd ;w;

this is the best game i have ever played. i intend to marry this game on the 26th of december 2020, may i have your blessing o mighty sperm god

Share your gamer memories, help others to run the game or comment anything you'd like. If you have trouble to run Catch the Sperm 2 (Windows), read the abandonware guide first! 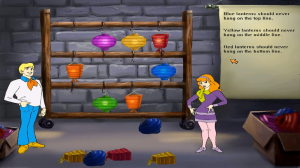 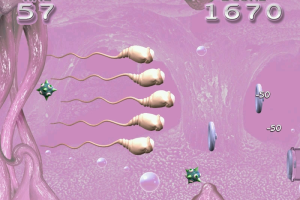 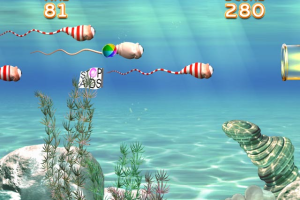