If you haven't played Cobra Commando or want to try this action video game, download it now for free! Published in 1989, Cobra Commando was an above-average puzzle-solving title in its time.

The plot: In the year 2001,a war is being fought between Earth and the robots from Zork. They have developed a prototype of a small arms rocket. Your mission is to destroy it. If you fail, they will be able to produce it in mass to use against Earth. Good luck, Cobra Commando.

How to play Cobra Commando

The game must be run from the floppy disk! Mount it as A: 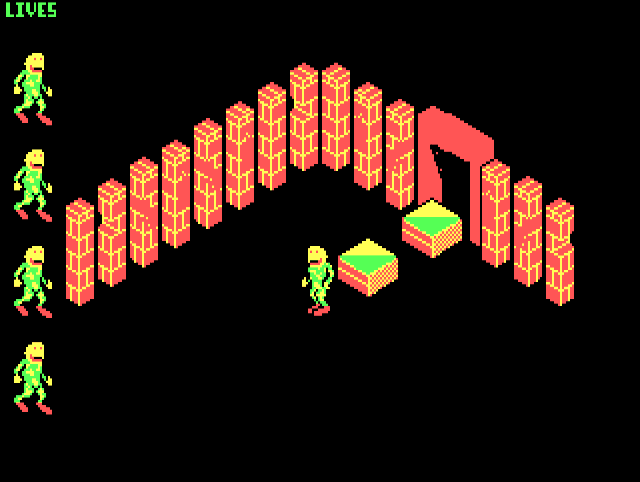 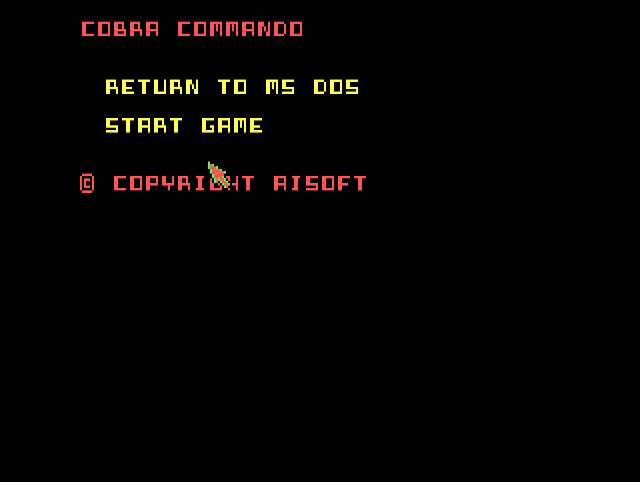 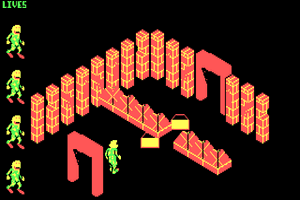 Share your gamer memories, help others to run the game or comment anything you'd like. If you have trouble to run Cobra Commando, read the abandonware guide first! 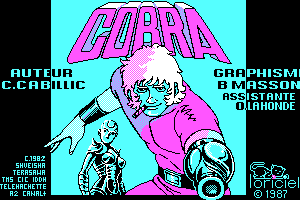 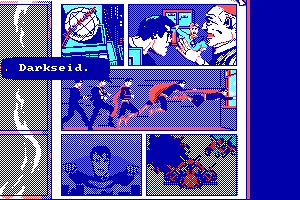 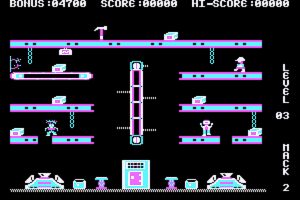 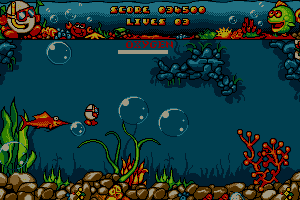