One of Origin's most obscure releases, CyberMage: Darklight Awakening is a fun cyberpunk first-person shooter designed by D.W. Bradley, of Wizardry fame. The game unfortunately suffered from the "too much ahead of its time" syndrome common to many Origin games of that period: games with very high hardware requirements that only a handful of gamers can afford. As a result, it never sold well.

The description and review at MobyGames give a good synopsis of the good and bad about this underdog. Let's start with the plot: "2044 AD. World governments have fallen apart, the Earth is ruled by ruthless corporations doing anything for profit. However, rebels are fighting against corporate control all over the planet. In this world you save the life of a stranger, giving your own life in the process. Taking you to his lab, the stranger uses you in a secret experiment and is able to revive you. You awaken with a strange crystal embedded in your forehead, giving you control over a weird power known as the Darklight. The lab is attacked by the forces of NeCrom, who also controls the Darklight. You must escape from the lab, learn about the Darklight and the aliens bringing it to the planet and finally confront NeCrom who is your evil counterpart.

CyberMage is a game in Doom-style and has you using several weapons and your Darklight powers against many foes. You can increase your powers over time by collecting the lifeforce of your enemies. In addition to walking around the cities and war zones, you can use vehicles like tanks and air cars. However, don't shoot anything you see, many people are able to help you on your mission.

The Good: I liked--no, loved--everything about this game at the time, although many other games have now equaled it in various ways. The level design in particular stands out, and some of my favorite levels ever are to be found in this game... All in all, this one stands at or near the top of my list of all-time favorites; quite an achievement for a game so unknown and unheralded.

The Bad: Level Two. Get past it, then forget about it. Don't let it sour you on the rest of the game. Also, I went back and tried to replay the game recently and found the keyboard controls to be somewhat wonky and uncomfortable. I originally played it with a gamepad, which was a lot more intuitive.

The Bottom Line: CyberMage is a first-generation FPS of the highest caliber. It anticipated design elements found in games like Half-Life by a good four or five years, and the production values are excellent... With the story line behind the game so rich, this had the potential to be a really good System Shock clone instead of a really good Doom clone, other than that...not much to complain about."

Highly recommended! Note: The game came with a great comic book that tells the background to the story. I'll scan it for the site sometime-- keep your eyes peeled :) 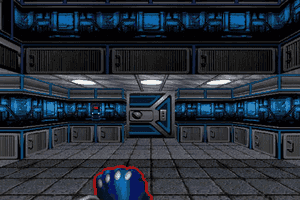 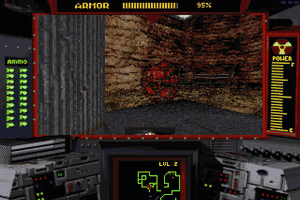 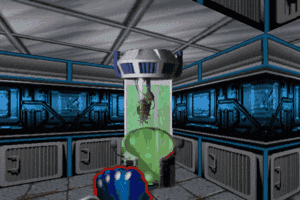 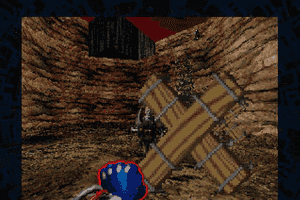 Game seems to work fine using Boxer, that is after getting the sound settings right. But the controls are strange, and even though the game allows you to reset some keys, it only lets you reset SOME keys. Not really enough control to make sense of the keyboard controls if you ask me. Graphics are good, but the game is just another Doom. If you like Doom (I am not a big fan) then you will like this game if you can get over the controls.

I still have this game, just some advice DO NOT EVEN ATTEMPT trying to run this game in full screen mode UNLESS you have an alienware or some other type of high-end pc, you have been warned.

Had this back in the day, it was a weird one, but the graphics were damned amazing for the time.

Hm, from the screenshots it looks like some weird hybrid Doom/Heretic clone. I might have to try it just out of weird curiosity!

Share your gamer memories, help others to run the game or comment anything you'd like. If you have trouble to run CyberMage: Darklight Awakening, read the abandonware guide first! 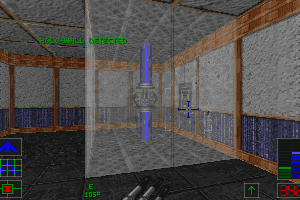