Day of the Pharaoh

Description of Day of the Pharaoh

Day of the Pharaoh is a solid action-oriented strategy game set in the exotic land of ancient Egypt.

The game is best described as Centurion: Defender of Rome in Egypt, if not as good: it has strategic gameplay interspersed with action sequences. As opposed to a lowly general working his way up to become Emperor in Centurion, though, you are descendant of the Pharaoh who was exiled from your kingdom. Your mission is, naturally, to return to Cairo and claim the throne that is your birthright. In order to do that, however, you must prove your worth to the people of Egypt by conquering neighboring lands and defend your kingdom from attack.

Gameplay in Pharaoh is "light" strategy, although it takes place in real time (get a slowdown program before you run this game!). You can make offering to various Egyptian gods in hopes of divine aid, marry a bride to ensure that your line will continue if you fall in battle, wage wars with neighboring countries, and so on. To construct the various buildings, you will need to find different types. Because your starting city will not have all the raw materials available, you will be forced to conquer your neighbors early on.

Combat takes place action-style, and these sequences are easily the best part of the game. You will ride in a royal chariot, shooting arrows at the invaders who will throw lances at you. It gets repetitive after a while, however, and the whole game becomes a tedious exercise where you find yourself doing the same thing over and over again, from city to city, without much change. Divine favors, when they are granted, are fun to watch as they can result in complete annihilation of your enemies, but those are very rare and depend mostly on luck.

In the final analysis, Day of the Pharaoh is a good effort based on a great idea. It just doesn't have enough variety to keep anyone interested for long. Casual gamers will likely find this a unique, atmospheric game. Serious gamers should look elsewhere. 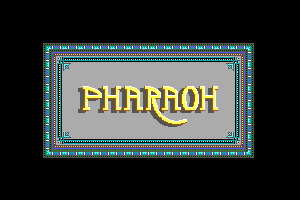 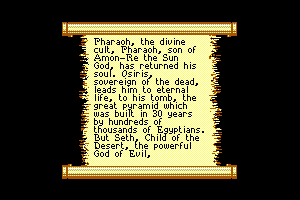 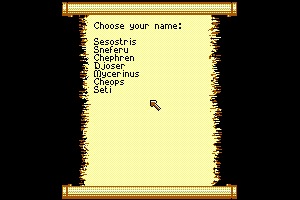 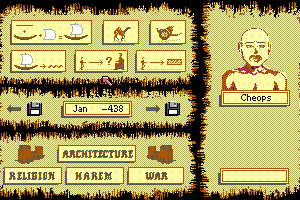 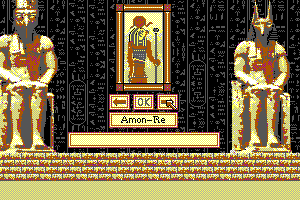 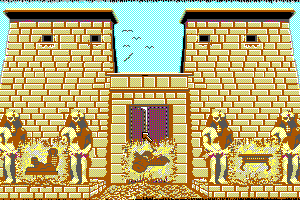 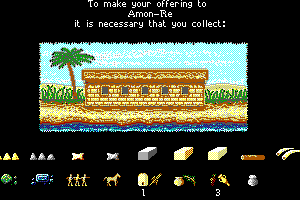 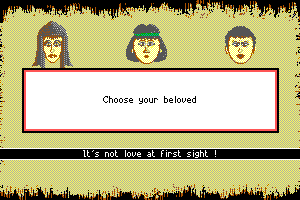 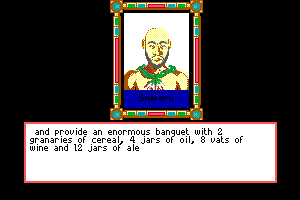 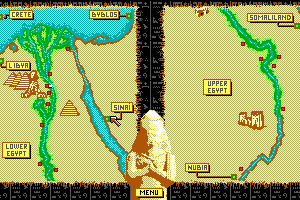 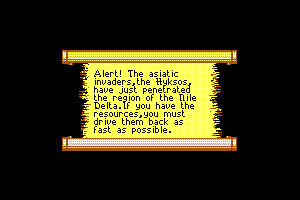 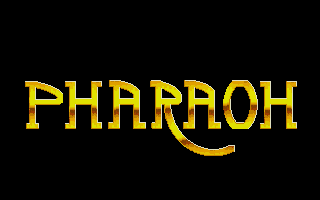 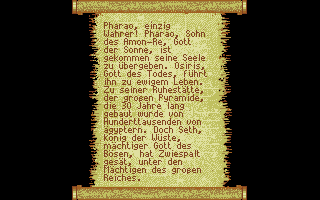 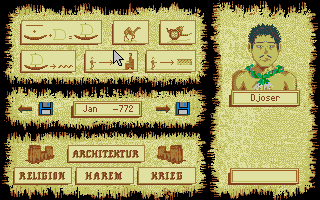 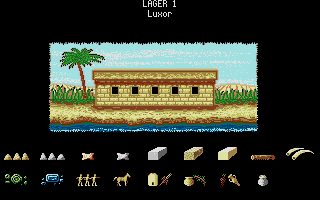 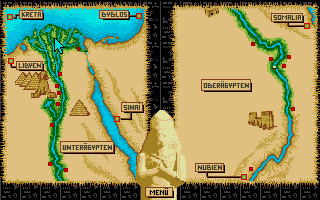 Very grabbing concept. Yet it's ultimately painful to try to play and the sound is hilarious bad.

Share your gamer memories, help others to run the game or comment anything you'd like. If you have trouble to run Day of the Pharaoh, read the abandonware guide first! 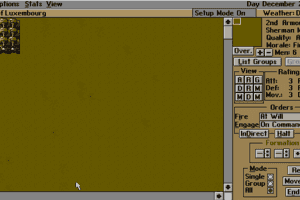 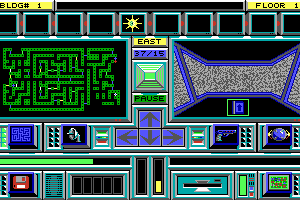