Druid: Daemons of the Mind

Description of Druid: Daemons of the Mind

PC Gamer gets it mostly right with their review of Druid: Daemons of the Mind, one of the most underrated "light" RPGs ever made: "Druid: Daemons of the Mind, developed by Synthetic Dimensions [Sir-Tech's in-house design team], doesn't even try to pass itself off as a conventional RPG; even the banner on the back of the box proclaims "action adventure." But there are too many standard roleplaying elements -- magic wielding, combat, hit points and magic points, quests -- for this to be considered a traditional adventure game.

While it resembles Origins' Ultima VIII a bit, it's certainly a better try at creating a user-friendly and simplified RPG. Druid's story revolves around four powerful Druid brothers: Lawson, Curak, Havnar, and Astor. Each brother worships a particular element and controls his own island inside the world of Navan. One of the powers of the druid is the ability to instantly travel to any place once it's been seen, but the brothers never visit each other's realms, instead meeting on common ground to discuss subjects of importance to Navan. This means that when Lawson mysteriously disappears, they are unable to search the other islands for him. So they send you, the grandson of a druid, on a quest across the realms to uncover their lost brother.

This is just the beginning of an intriguing story, which unfolds as your character speaks to dozens of NPCs, fights monsters, solves puzzles, and gains new insight into the mysterious world of his ancestors. The point of Druid was to create an instantly accessible roleplaying experience for the uninitiated. The skewed top-down perspective is rendered using some of the best graphics seen in any RPG to date, and the interface is stripped down and simple. Your character moves wherever you click the mouse, and exit arrows lead to other screens. Combat is executed by clicking on the target, and a high bash or low-cutting attack is available.

Unfortunately, the controls do have their drawbacks. Your character will often spin wildly as you move your mouse around the screen, and I also found it hard to click on objects when the character is standing too close. The point-and-click combat can get tedious, too. These problems are a nuisance, but not fatal. Magic is executed with an interface based on icons for earth, fire, air, and water. Combine any three -- for example, air, fire, and earth for fireballs -- and click on the target to launch the spell. Both magic points and hit points are depicted with colored bars, and there's also a full object inventory. It's all very simple -- which will be anathema to most hard-core role-players, who want to know their stats and their skills at every moment. But they're not the target audience for this game.

Druid plays like an adventure game, with characters to talk to and objects to manipulate, and this makes it much more accessible. There's still plenty of depth, though; the story and world consistently fascinate, and the puzzles (while often easy) are logical and interesting. And above all, Druid: Daemons of the Mind is a lot of fun."

Recommended, but only to RPG fans who enjoy light-weight games, and adventure gamers who enjoy RPG elements in their game. 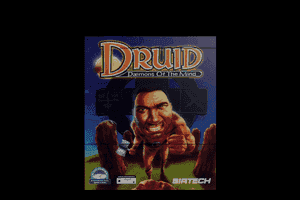 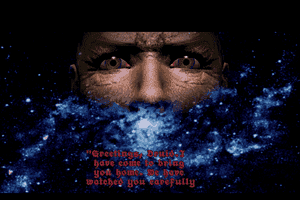 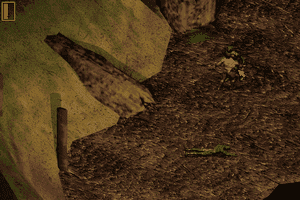 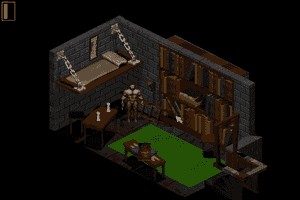 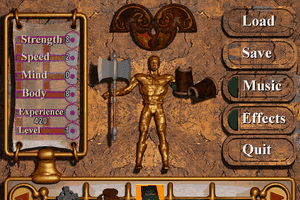 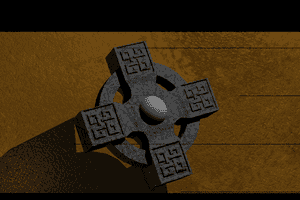 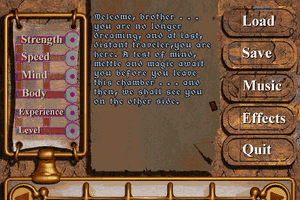 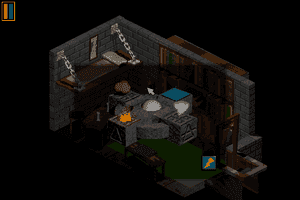 Share your gamer memories, help others to run the game or comment anything you'd like. If you have trouble to run Druid: Daemons of the Mind, read the abandonware guide first! 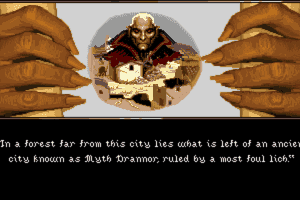