Is there any sub-genre harder to get right than the space RTS? Even that most intricately analysed of game types, the FPS, isn't so risky; it's comparatively easy to make a mediocre FPS, but harder to get a strategy game with six-axes-of-freedom movement right. The only game which stands out as being outstanding in this area is, of course, Homeworld and its sequel. But seeing as the future of the Homeworld series is currently hanging in the balance, a team of programmers at Super X Studios clearly thought it was time for a new pretender to step up to the challenge.

Whereas Homeworld was set in deep space, or around stationary planets, Far Gate's missions take place in simulated planetary systems. Craft can enter orbit around planets, and the asteroid belts provide resources for your fleet. The celestial bodies gradually orbit the sun as the missions progress, and their majestic progress lends a little gravity (chortle) to the game.

The single-player campaign tells a tale of interstellar treachery. Humanity, with Earth depleted after a colossal war, is seeking a new home among the stars. A probe sent to Proxima Centauri indicated a planet there is suitable for habitation. A colony ship is sent in a joint governmental and military mission to populate the remote planet. The game's protagonist, a former convict, finds himself reluctantly thrust into conflict when it becomes clear the military had a hidden agenda, and the Proximan system is full of hostile aliens in the form of the Nue-Guyen (organic, genetically-engineered space creatures) and the cold, crystalline Entrodii.

Bases in Far Gate are built around a central hub, which can be towed into position and deployed in a ballet of unfolding arms and corridors. This hub forms a hexagonal shape, onto which useful facilities can be built. Hangars and shipyards can construct utility and combat vessels, large and small, and pod bays handle incoming mining pods heavy with ore from the asteroids in the system. The alien bases follow a roughly similar pattern, but the individual components have freaky, alien-o-matic names. Defensive installations like cannons and missile launchers can be built onto the connecting pylons between segments, and the whole creation gently spins.

Far Gate's graphics are a bit of a mixed bunch. The engine is technically competent, and craft designs are generally imaginative and well-textured. There are some good backgrounds and other non-essential graphics too. But in comparison to Homeworld, it's left rather lacking; although it doesn't do anything particularly wrong, it doesn't share the sense of beauty and awe which Homeworld evoked so effectively. We're probably just spoiled, of course, because Homeworld was one of the most distinctive and well-designed games of recent times. Though Far Gate has some good touches, like the escort gunship with its swiveling, independently targeted turrets, and the organic alien bases, but it doesn't quite match up to the (admittedly lofty) standards of the competition.

Though the game is 3D, the solar systems are based on a plane, depicted in the game as a green, flat grid on which the planets orbit. Your ships are free to move off the plane as necessary, as are the opposition. In practice, though, this is rarely necessary, unless you're working on some particularly complex strategy; most of the objectives and bases tend to be near planets. At times, the interface can become intrusive when doing this around other units, making such processes a little more difficult than they should be.

Speaking of the interface, it's a little odd and worthy of some comment. When building a spaceship or base facility, it must be assigned to one of ten limited-size squads. These can be rearranged however you like, but you always have to specify a starting squad. While it's not a bad system, it takes some getting used to, and for a while new players will find themselves inadvertently including tugs or resource-gathering pods in their battle fleets. Probably the largest irritation, though, is that each squad is restricted to a set number of units, so large fleets have to spread over several squads. Other than these points, the interface is complete with most of the features we've come to expect from modern RTS games - waypoints, rally points, patrol routes and so on.

Distinctively, the interface panels fold back into the screen when they're not being used; check the screens to see how this looks in practice. Moving the mouse over one of these folded panels causes it to swing forwards into view, rather like the barn-door contraptions used to narrow the beam on theatre spotlights. They can be locked forwards to keep them permanently in view. It's not quite as clunky a system as it sounds, although it's not exactly ideal. Yes, all four of the panels can be locked forwards for a more traditional approach, but you lose a great deal of screen real-estate that way. This also causes problems when moving the pointer to the edge of the screen to scroll or rotate.

Artificial intelligence? Well, it's probably there, but it isn't exactly what you'd call "intelligent". Most of the enemy forces you'll meet are depressingly easy to tempt into ambushes, or overwhelm with superior numbers. The challenge comes in overcoming the heavily scripted events and attacks, making Far Gate sometimes feel more like a puzzle game than an RTS.

More irritating than these points, though, are the bugs. Yes, Far Gate comes complete with a few choice ones, our favourite being the one that will, without warning or ceremony, drop you to the desktop without even an error message. We found it wise to save before performing any actions that trigger cut-scenes, as these seem especially prone to problems.

It's a shame Far Gate has these drawbacks. The story is engaging, and thanks to some good voice acting (yes, a game with good voice acting - heaven knows, there aren't many of those around) the cut-scenes, when they work, are engaging. The missions, too, are varied enough to make the game entertaining for a while, despite the bugs and other hassles. It's a broadly likeable game, for a while, almost in spite of itself. But it's mixing with some mighty fine competition, and doesn't match up to Homeworld's atmosphere or useability. It might keep real space fanatics going until (when? if?) the Homeworld mess is sorted out, but anyone else should navigate a path around it. 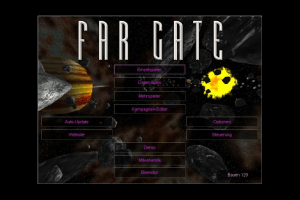 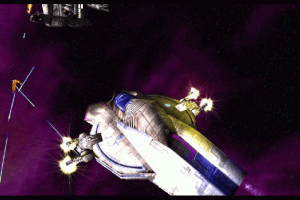 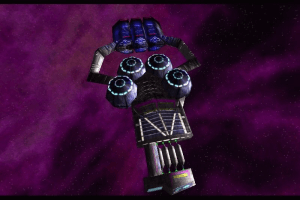 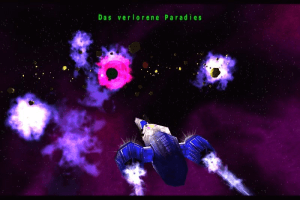 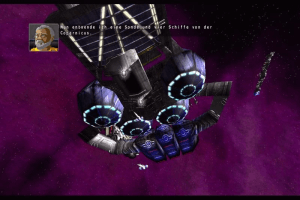 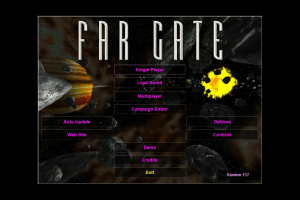 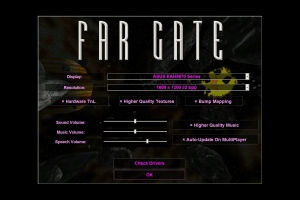 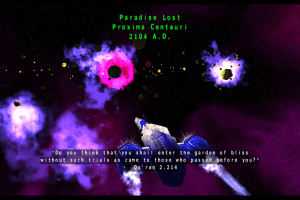 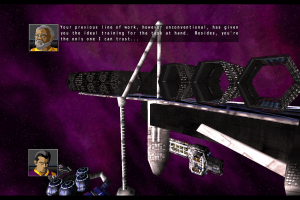 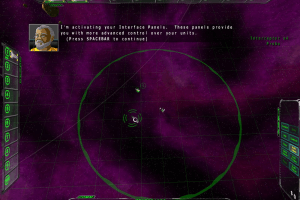 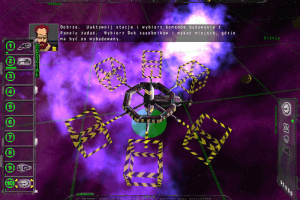 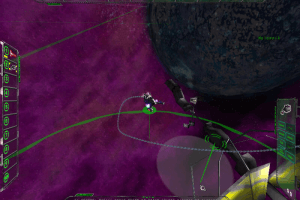 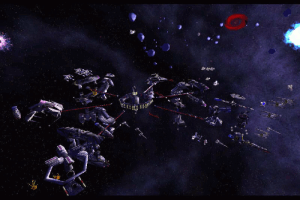 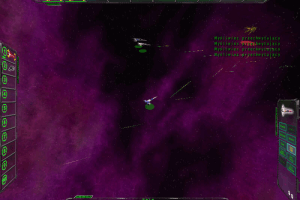 The first space based RTS I've ever played. Loved it as a teenager and still love it today.

Clunky space RTS with a solid concept and a superb eerie atmosphere I encountered nowhere else, helped by the outright strange music - I was legit scared of it when I was a kid. It's peculiar.

Share your gamer memories, help others to run the game or comment anything you'd like. If you have trouble to run Far Gate (Windows), read the abandonware guide first! 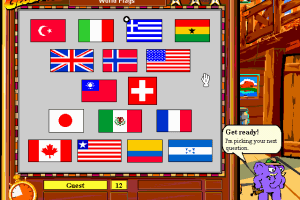 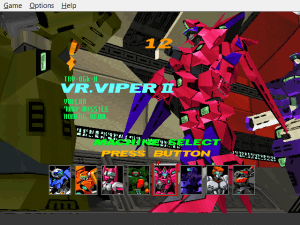 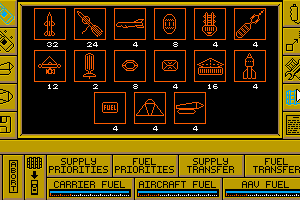 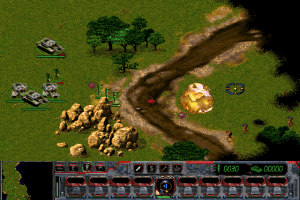 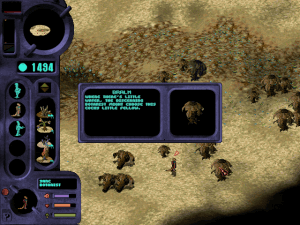 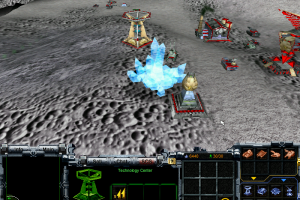