Description of Halls of the Dead: Faery Tale Adventure II

One of the most underrated RPGs of all time, Halls of the Dead is the excellent sequel to The Faery Tale Adventure, classic RPG and MicroIllusions’ best-known game. This time, the three brothers from the first game Julian, Phillip and Kevin are teleported to a foreign country, where they are (naturally) tasked with saving the region from evil powers that are sapping the once peaceful lands (Magic Candle II, anyone?).

Halls of The Dead builds upon its predecessor’s best-loved feature: a huge, dynamic, densely populated world where you can always find something to do and gentle townsfolk to talk to. Similar to the first game, Halls of The Dead is a “light” RPG in a sense that it focuses much more on storytelling and adventure-style quests than on building characters’ stats to a godlike level. The interface and graphics are similar to the isometric view of Ultima 8, but less elegant: a full quarter of the screen is taken up by character and action panel at all times, but this does make simple tasks like equipping your characters and casting spells much easier.

In contrast to the single-player game of Faery Tale Adventure 1, you can now control all three brothers at once while they roam the lands. Similar to the Magic Candle games, you can control each brother separately, via the “banding” command. For example, you can have two of the brothers in the far west, and the remaining one in the east. “Centering” controls which one is in the center of the view. The other brothers will follow the centered character unless they are not banded. The spellcasting interface is a little cumbersome and takes some getting used to, but it is not annoying once you get used to it.

With a huge world to explore, hundreds of subquests, and numerous NPCs who always have interesting tales or useful advice to tell, Halls of The Dead is an outstanding introductory-level RPG that will keep you occupy for months. A truly vast gameworld and four different endings will guarantee that you will always see something new in your subsequent travels in the lands of Farr after finishing the game once.

Die-hard RPGers will probably dislike the game’s superficial handling of stats and simplistic combat options, but newcomers and anyone who likes a good story will find this easy-to-moderate underdog a pleasant surprise. Two thumbs up, way up! 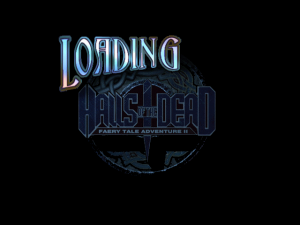 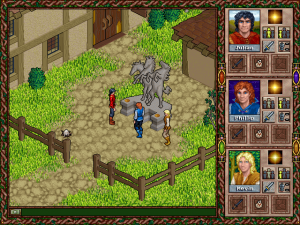 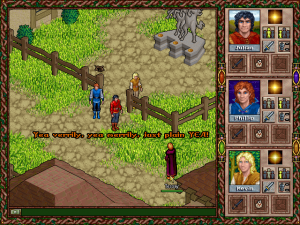 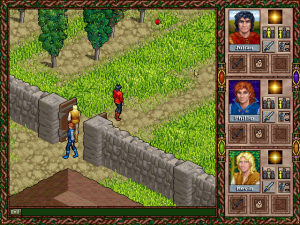 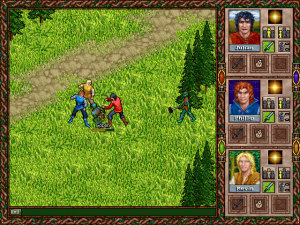 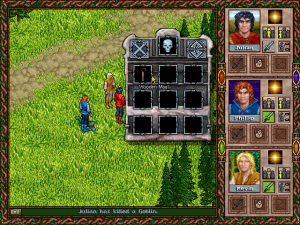 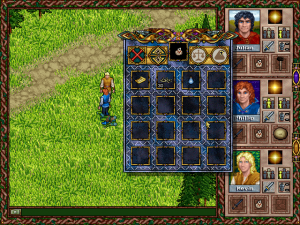 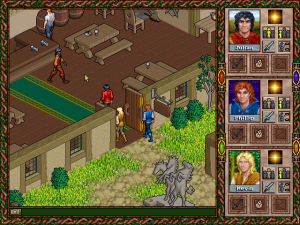 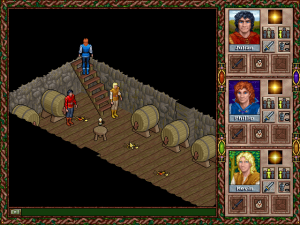 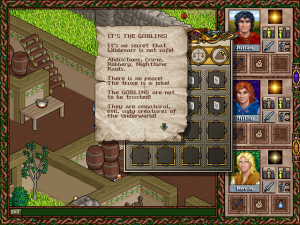 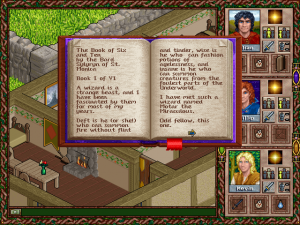 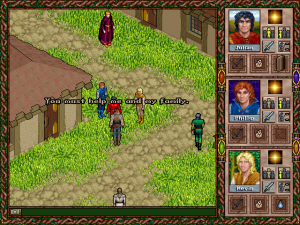 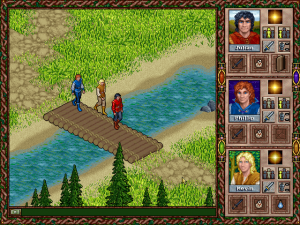 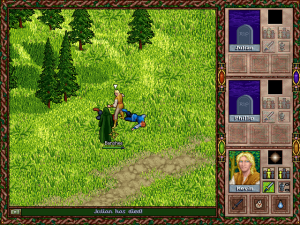 Share your gamer memories, help others to run the game or comment anything you'd like. If you have trouble to run Halls of the Dead: Faery Tale Adventure II, read the abandonware guide first! 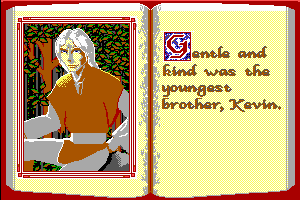 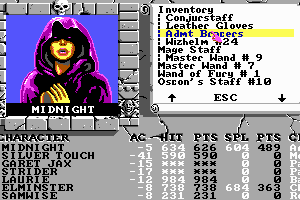 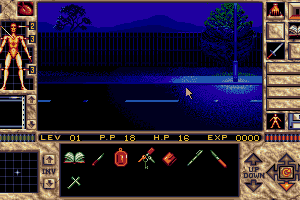 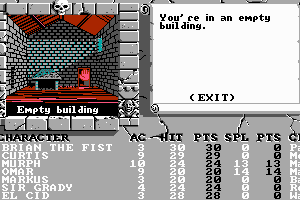 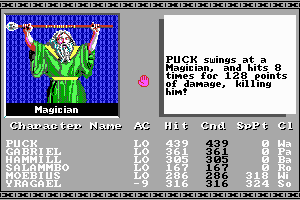