Back before the brothers Gollop became world-reknown with a little game called X-COM (a.k.a. UFO: Enemy Unknown), one of their early hits was called Chaos, a revolutionary multiplayer fantasy strategy gem for the Spectrum computer. The game instantly became a minor hit, but unfortunately was never translated into any other systems. It was not until 1998 that the brothers Gollop would develop Magic & Mayhem, the true sequel to Chaos using the same basic concepts.

Morkin 2 is an excellent but little-known clone of Chaos inspired by the Gollop classic, although it is not an exact remake. The basic premise remains the same: annihilate enemy wizards by casting spells from a limited repertoire and number of spell points (you start the game with 25). Longtime Chaos fans will immediately recognize the 2D sprites of wizards and monsters-although they look much better than the Spectrum classic.

The original is known for its stylish presentation, especially because almost everything in the game is animated. When the screen is filled with Magic Fire or Gooey Blob, the entire playing area burns and pulsates. The game is alive, even while you're pondering your next strategic move. Although Morkin 2 features attractive VGA graphics, it is a little lacking on the animation front.

But as we all know, graphics should always take a backseat to gameplay, especially in a strategy game. And Morkin 2 shines brilliantly in this department. It plays very much like the original Chaos, albeit with a much smoother interface thank to the use of the mouse as a control mechanism. The game is turn-based, like the original, although the menu system of the original is more or less removed.

The biggest change lies in the way you cast spells. In the original game, spells were either Lawful or Chaotic, and as wizards cast spells, the alignment of the universe would shift in the direction of the spell they cast, thus making either Lawful or Chaotic spells easier to cast. Each wizard also received a random but limited selection of spells. Once a spell had been cast, it could not be reused. In Morkin 2, spells are based on a Mana system. You start with 25 "spell points", which you can spend on any of the spells you want, as many times as your spell points will allow. During the game, your spell points are replenished, thereby allowing you to save for more powerful spells, at the cost of not casting in the present turn. This change in my opinion makes Morkin 2 a better game, because success depends more on strategic planning than on pure luck.

There are also other, more minor changes that don't detract from fun gameplay. Disappointingly, the number of players has been reduced from eight to five, and there is no way to change the difficulty level for computer AI. There are also minor rule differences; there seems to be no need to have line-of-sight when you are trying to pull off ranged attacks, for instance.

Although obviously inspired by Chaos, differences are enough to make Morkin 2 a distinctive game which is worth playing in its own right. If you have never heard of Chaos, then you might as well play this excellent clone. Fans of Magic & Mayhem in particular should play the game to realize its illustrious lineage. Two thumbs up, way up! 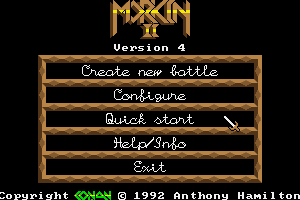 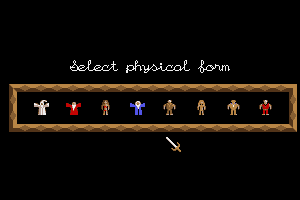 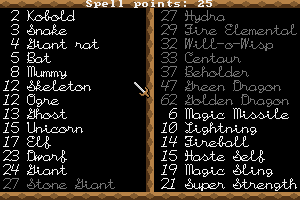 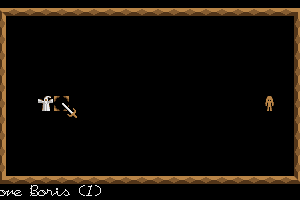 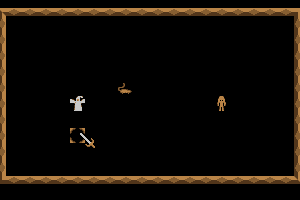 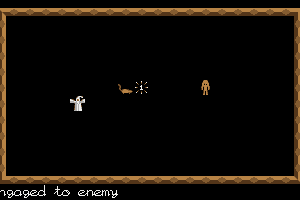 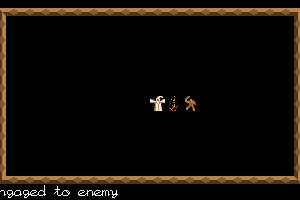 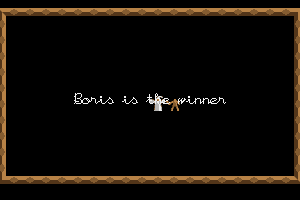 says color scheme error and cant play fullscreen.ive tried to look up fixes but im wandering id I should use different emulator instead?

Share your gamer memories, help others to run the game or comment anything you'd like. If you have trouble to run Morkin 2, read the abandonware guide first! 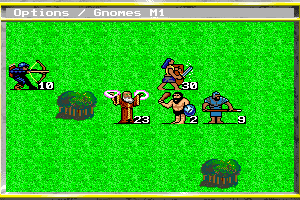 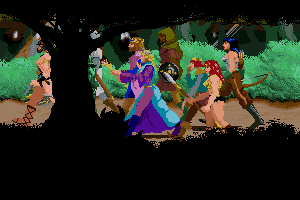 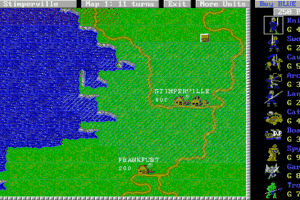 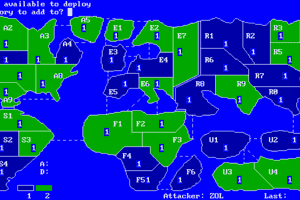