Sea Rogue is one of my most favorite underdogs of all time: it's eminently playable, fun, refreshing, original, and yet not many people have heard of it.

Designed by ex-Navy veterans at Software Sorcery, this game was published by MicroProse with unfortunately very little fanfare. Which is a shame, because it is not just the most realistic and enjoyable wreck hunting game ever made, it is also one of the most original and creative I've seen. The most amazing thing about Sea Rogue is the myriad of choices for every action you can take, all of which are authentic.

You are in command of a crew that sail the Atlantic and Caribbean looking for wrecks. Pick up tips and maps from bars, libraries and researchers. With the help of your navigator, land on the right coordinates signified by the map (be careful though-- some maps are fake). Send a few of your team members down, some with spearguns, some with metal detectors, and carefully map out the terrain according to levels of metal lurking beneath the muck, salvaging anything of value. A lot of research and attention to the actual methodology of wreck diving is evident here - each of the ships you find must be identified, and hundreds of real wrecks are included, each with accurate cargo manifest and background information. As you pull up encrusted swords and goblets from the Spanish fleet, you'll return to port to sell your booty and acquire information for more wrecks that promise even greater rewards.

The goal of the game is, of course, to accumulate enough wealth to retire and live happily ever after. To do that, though, means you will need to hunt dozens (if not hundreds) of wrecks until you can afford the "Sea Rogue" the world's most high-tech and expensive wreck hunting submarine. By the time you can afford the Sea Rogue, though, treasure hunting can get nasty, as your rival Eddy is out to rob you of your booty by whatever means necessary. Accordingly, the Sea Rogue comes equipped with torpedo tubes and other high-tech weaponry. Having the Sea Rogue also allows you to use deep-sea probes to explore more recent wrecks, e.g. freighters.

Here is your chance to find the world's famous wrecks, such as the Lusitania, or that ultimate goal of all wreck hunters: the Titanic. Because wreck locations are randomized with every new game, Sea Rogue's replay value is high, as you will always come across wrecks that you have not previously encountered in the previous game.

Overall, a must have for anyone with a slight interest in treasure hunting. Two thumbs up! 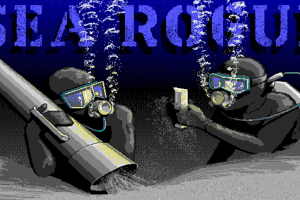 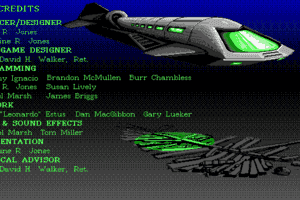 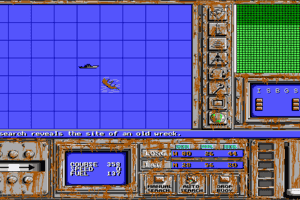 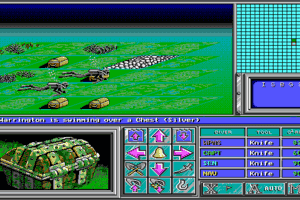 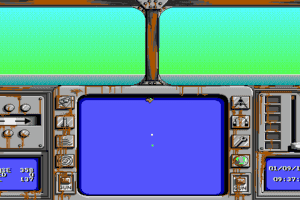 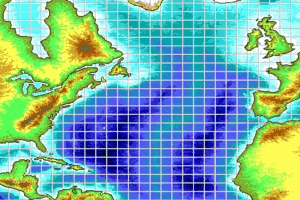 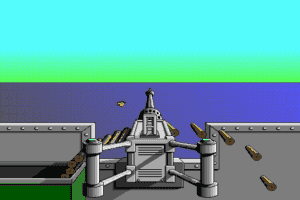 LOVED this game,had notes on all the wrecks, I kept a journal, and even did real life searches in library in town when playing this. lol

nevermind, just use the use rogue.bat in the dos prompt :)

The file rogue.bat should be the application but it isn't, can anyone convert this for me so it runs on dos or perhaps someone has the .exe?

Loved playing this game with my Dad. This DL doesn't seem to let us past the team/character generation screen. Suggestions? Help?

I LOVED this game back in the day. I spent countless hours searching for treasure, and still have my notes of ship wreck coordinates floating around my belonging to this day.

This game has always been my absolute favorite, took my son and I almost a year to find all the ships and all the treasures without any cheat sheets.. fabulous. Wish someone would make a similar version for new systems.

Excellent unknown game - and the ONLY one about treasure hunting!

Share your gamer memories, help others to run the game or comment anything you'd like. If you have trouble to run Sea Rogue, read the abandonware guide first! 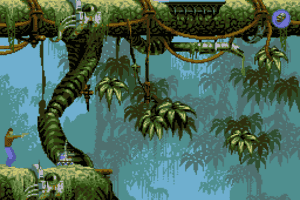 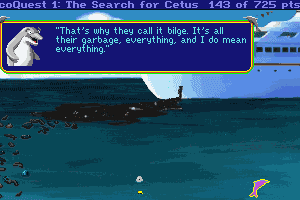 EcoQuest: The Search for Cetus
DOS1991 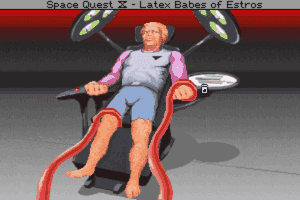