A good PC conversion of a fun "light" boardgame-style tank simulation for the BBC Micro and Amiga computers. Your goal is simple: annihilate up to 3 other players in a tanks-only strategic warfare. The graphics are nothing special, but as always, it's the gameplay that counts ;)

The rules in this turn-based underdog are quite simple: you are alloted a given number of points for each turn, with a few options to spend them on. These commands range from telling your tanks which enemy to attack (opposing tanks or headquarters), repair the tank, or rebuild the depot. Battles are briefly animated and results displayed, and a game could be over in merely a few hours.

Despite the limited gameplay, Tank Attack is still a lot of fun-- similar to Infogrames' Nuclear War, it evokes the simple charm of board games that many old-timers can identify with ;) Worth a look, but don't expect a realistic or complex simulation. 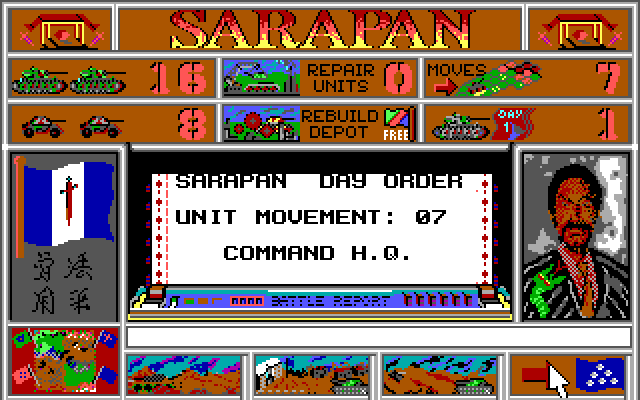 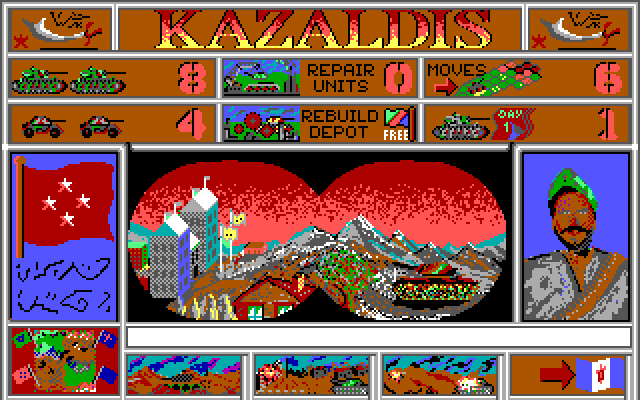 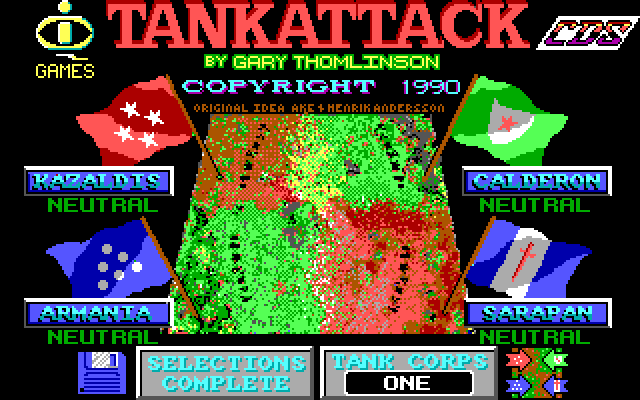 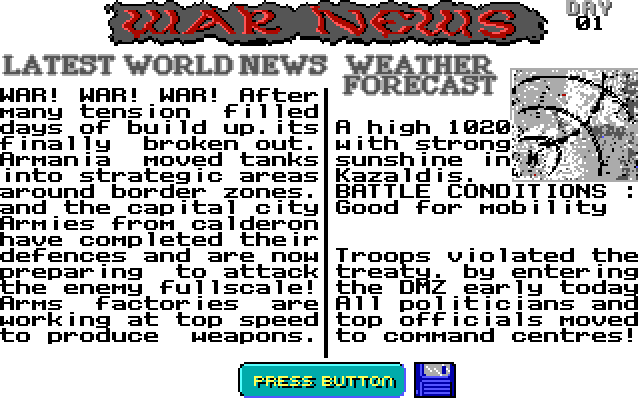 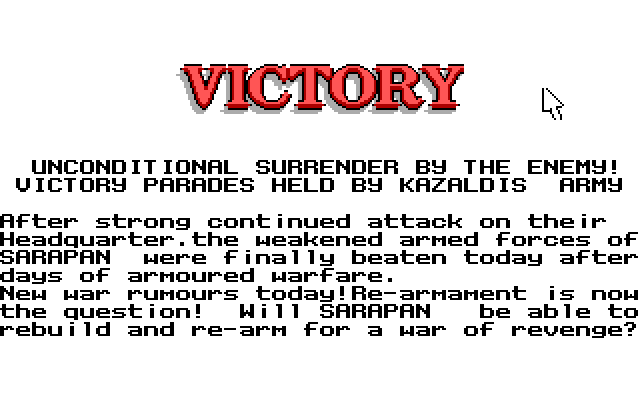 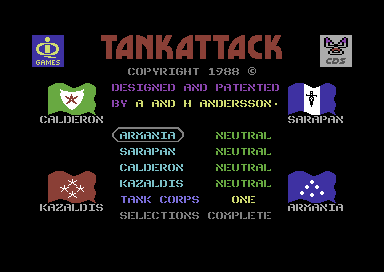 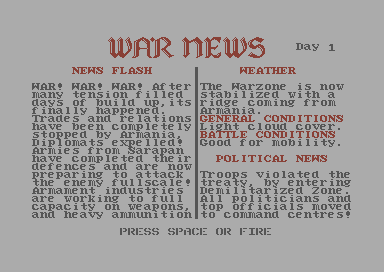 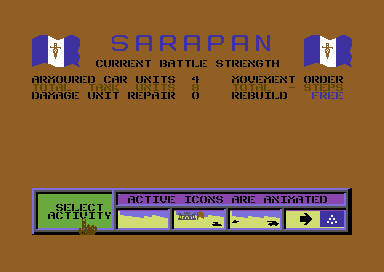 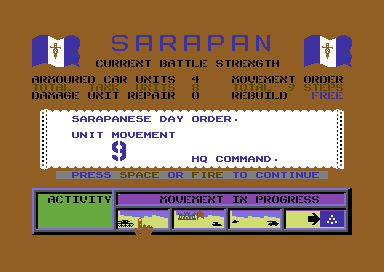 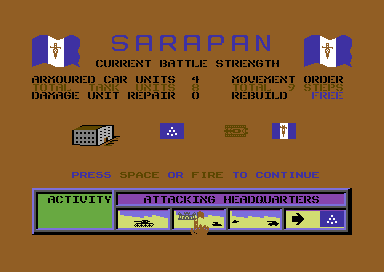 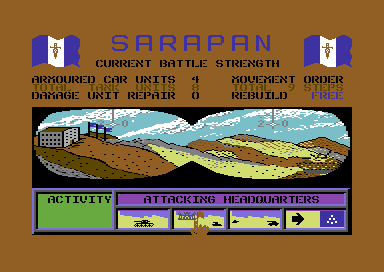 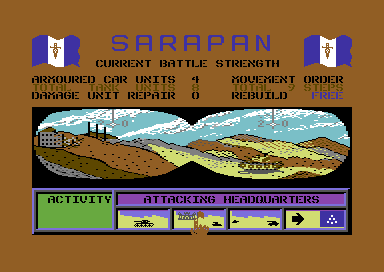 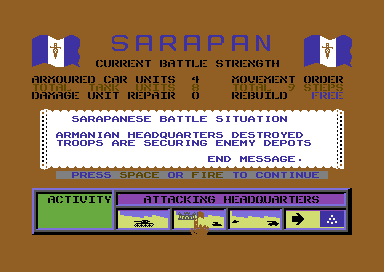 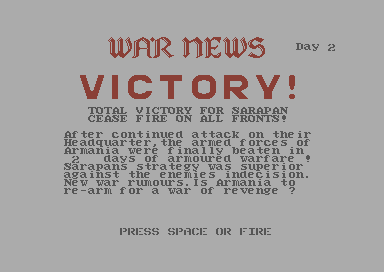 Share your gamer memories, help others to run the game or comment anything you'd like. If you have trouble to run Tank Attack, read the abandonware guide first! 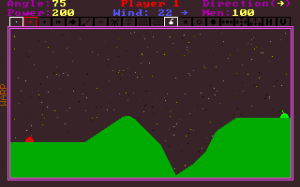 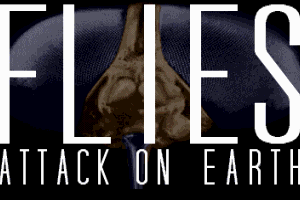 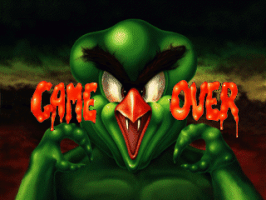 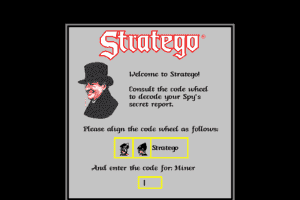