PC-88 and PC-98 is kind of confidential outside Japan, but the emulation scene is quite active.

Recommended emulators are M88 for PC-88 (Windows only) and Neko Project II for PC-98 (Windows / Mac, ported as Xnp2 on Linux). Some games won't work with these emulators, you may try Virtual98 instead (available below).

However, the most popular PC98 emulator in Japan is Anex86. Although a few games doen't work with it (e.g. Ningyo Tsukai: the original Japanese version of Metal & Lace), Anex86 has high emulating performance. Strictly speaking, Anex86 is not a PC98 emulator. It is the emulator of EPSON's PC-286, 386, 486, 586 which are compatible hardware of NEC's PC98. Therefore some games need to have the EPSON check removed: this fragment of code discriminates whether the hardware is the genuine NEC PC98 or not. You can download the check remover, DISPELL, from this page.

Several other emulators are available for the PC-88, check this page (jp) or this page (en). You can find a lengthy help page for PC-98 emulation on 46okumen.com with updated download links. You may also use DOSBox-X to run PC-98 games.

You may encounter several problems to get these programs running properly on your computer. Thanks a to generous contributor, we host working archives of M88, Neko Project II and Virtual98 :

Some instructions are provided in text files, next to the emulator files. Thanks to nekoneko for providing many insights on the PC-88/98 emulation, as well as several missing games.

After downloading a game from our pages, you may find a lot of different archives nested in the primary archive. Below is an example for the game Dinosaur: 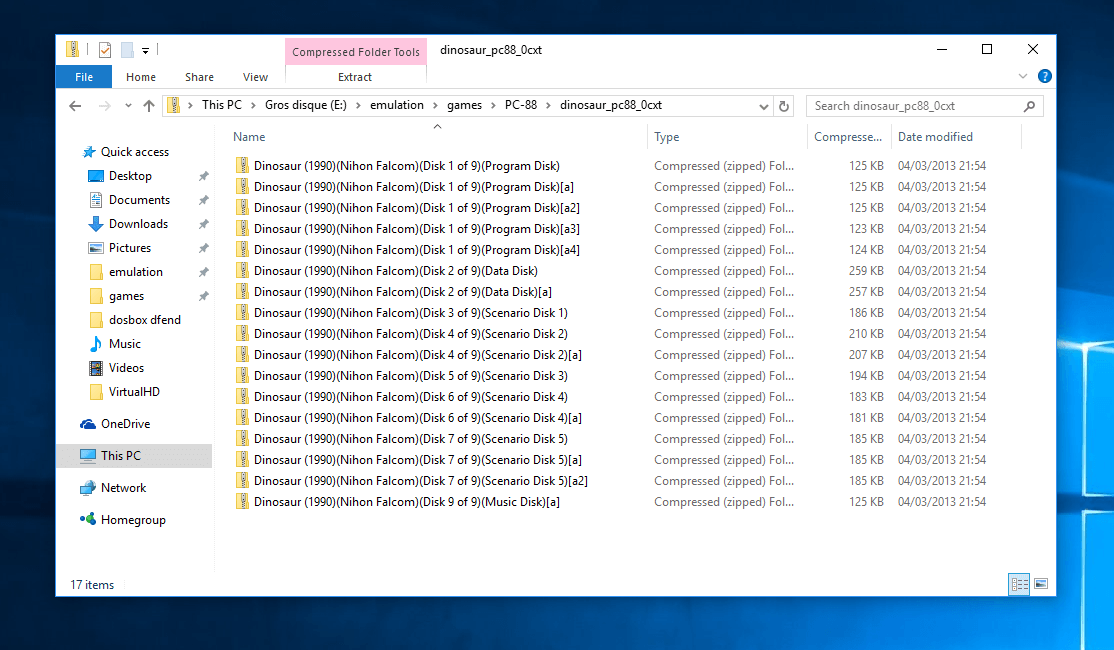 Many PC-88 came on several floppy disks, thus most of the games published in the 90s have several nested archives. You will also find a lot of disks have the [a] tag, meaning it's an alternate dump of the disk. You may come across other tags in brackets, these are based on the TOSEC Naming Convention:

Another example for a PC-98 game, EDGE, which came with 7 disks: 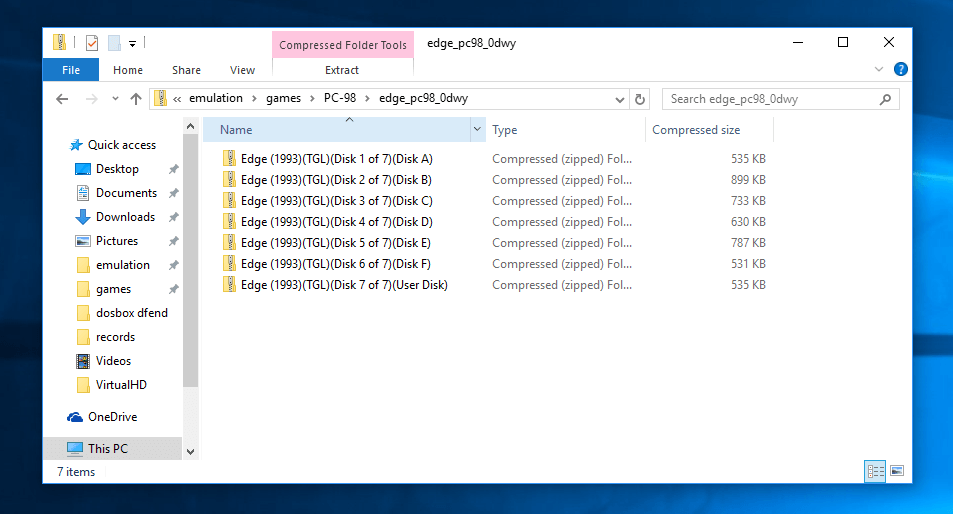 Most floppy disks are bootable, you need to set the first disk image in drive 1 and reset the emulator. Check the video below to do it.

Some usual issues as stated in the English instructions:

If a game requires disk BASIC, you need to boot from an N88 BASIC system disk first, swap disks, and then run the desired program. The usual BASIC commands apply:

For most cassette games, simply type:

More complicated load instructions are indicated at the end of the file names in this set. For example, to run the file "Fire House (Honoo no Yakata) {V1 mode, MON R Ctrl-B LOAD CAS}.t88", do the following (Boot up in V1 mode):

PC-98 games come in bootable floppy format, in which case you just have to set the first floppy disk image in FDD1 and reset the hardware. As shown in the following video, you may have to display all file types in the file selection window.

Some games need to be installed to work, you will have to configure a hard drive. You may also come across pre-installed games, these files need to be set as a harddisk.