Angband is another of the more modern, more popular Rougelike games.

It is the heir to Dungeons of Moria, another popular dungeon hack.

Angband is based on the world of Tolkein’s Middle-Earth, of Lord of the Rings fame. The goal is to penetrate to Morgoth, who resides in a “prison of iron” (Angband), and kill him to receive his crown, which holds the Silmarillion jewel.

Fairly standard fare. The popularity of the game rests more on the immense amount of variants available for it.

The most popular one is Zangband, based on the writings of Roger Zelazny.

Other variants modeled off the works of H.P. Lovecraft, Anne McCaffrey, David Eddings, and also modify the rules, like adding multiplay capability, or switching the class system with a skill system, or just centering the game around a new class, creature, or item. In fact, most people consider this "vanilla angband&quot, to be more of an example, perhaps to start someone out on the game, or to provide a baseline to compare other versions to.

And, of course, to make more variants from! 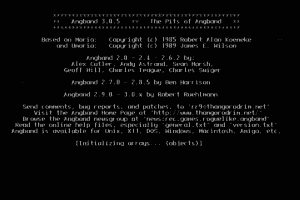 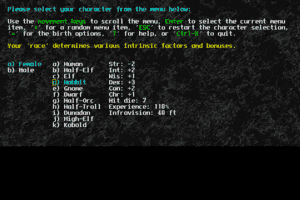 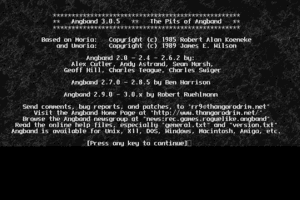 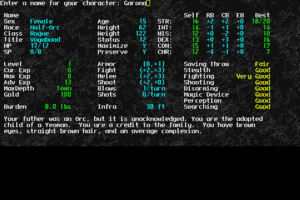 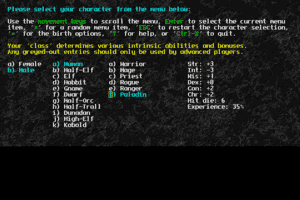 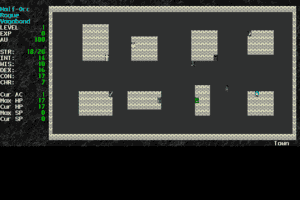 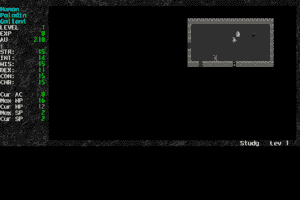 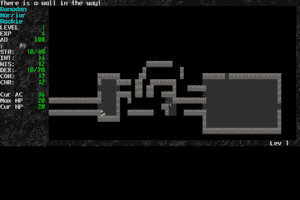 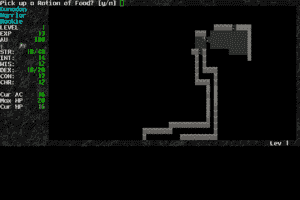 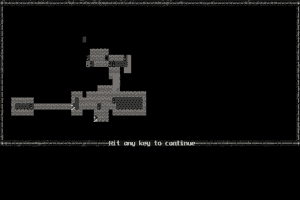 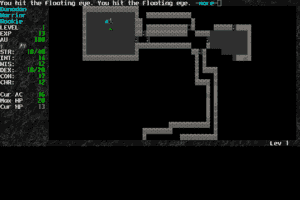 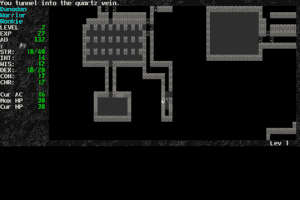 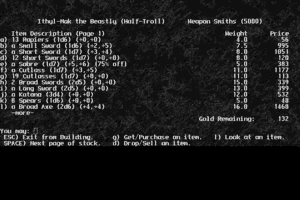 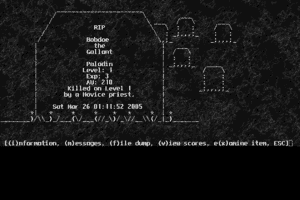 Played this game back in the early 1990s on a Mac and the source code was compiled for an IBM version. It took hours and hours to defeat the Balrog - but it was well worth it. Game Over.

Share your gamer memories, help others to run the game or comment anything you'd like. If you have trouble to run Angband, read the abandonware guide first!