Arguably the closest RPG for the PC to ever rival console classic Legend of Zelda in gameplay and sheer addictiveness, Blood Omen: Legacy of Kain from Stormfront Studios/Crystal Dynamics is highly underrated game that sold moderately well on the 3DO system, but poorly on the PC (which was published by Activision). Which is a shame, because Legacy of Kain is in all respects a true classic, and one that is much better than its overhyped sequel Soul Reaver.

In this gothic RPG, you play Kain, an adventurer who have unwittingly become a vampire after being ambushed and subsequently murdered by brigands. You wake up in the underworld - where you are made an offer you can't refuse by a necromancer, who gives you the chance to return to life and seek vengeance upon your murderers.

Gameplay, like Zelda, strikes a perfect balance between action, physical puzzle-solving (e.g. find a way to get from point A to B), and gold ol' fantasy world full of items to collect and spells to cast. The fact that you're a vampire has real bearing on the game, and makes gameplay very entertaining (albeit gory) and unique. For instance, you are much stronger at night than in broad daylight, and similar to BloodNet, you have a "blood satiation" meter which you must keep filled at all times by drinking blood off victims (instead of hacking them to pieces with your sword).

You are initially armed with only a sword, but as you go through the game, you will pick up various magic items and spells which aid you in your quest. Which, as it turns out, isn't just about taking a bite out of your murderers - you have to save Nosgoth from destruction by killing the Guardians of the Eight Pillars of Balance. You will even acquire the ability to turn into a bat at some point in the game-- a very handy way of getting across vast distances.

There's not a huge amount of character interaction in the game, but this is not a big downside considering that the game's focus is on action and physical puzzles. One cool feature is that you can disguise yourself as a mortal and try to speak to the NPCs, but usually they just give some completely useless piece of information. Your quest progresses linearly - you can't kill the Guardians in any order - you have to follow a specific path. Still, you do have enough freedom, and there are many subplots (which mostly hinge on finding powerful items) to pursue.

What is a shame is that you can't save your game whenever you want-- instead, you have to wait until you come across "save posts." Despite this console system-style flaw, Legacy of Kain excels in practically every other department, and its wonderful atmosphere and near-flawless gameplay will keep you hooked into the wee hours of the morning.

A must-have for every RPG or action fan, and a true classic. 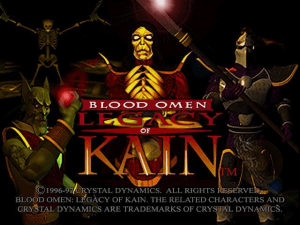 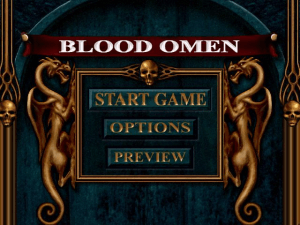 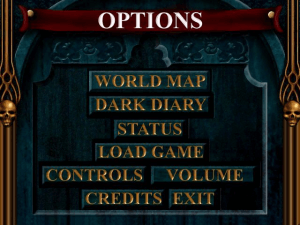 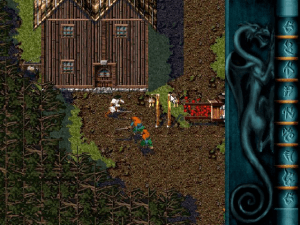 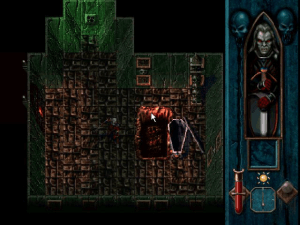 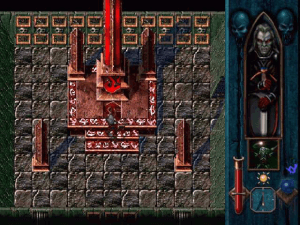 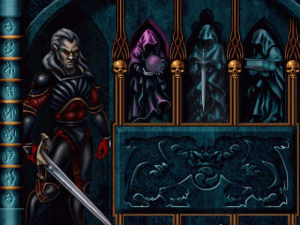 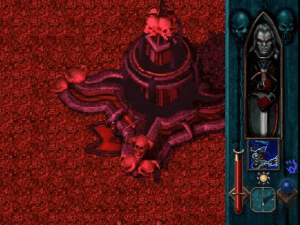 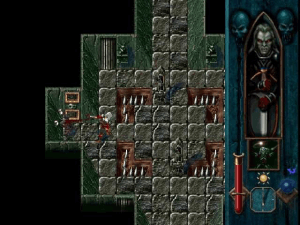 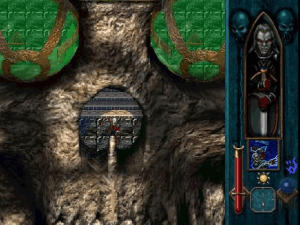 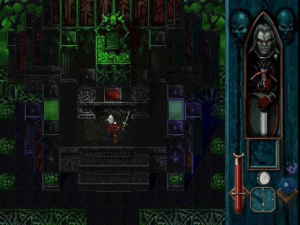 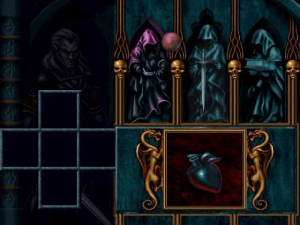 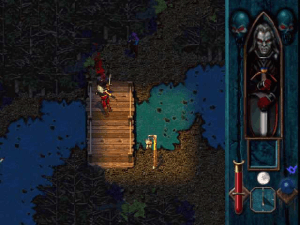 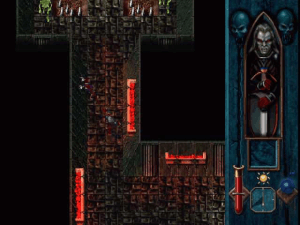 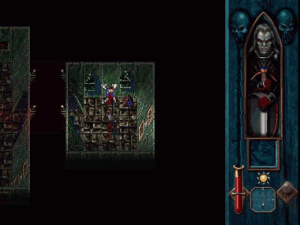 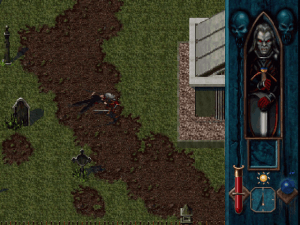 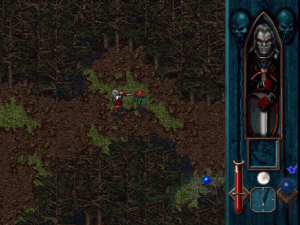 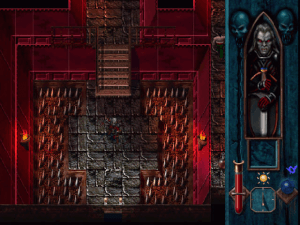 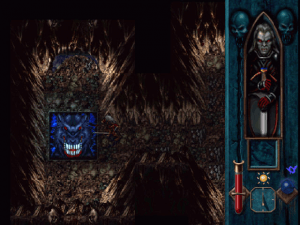 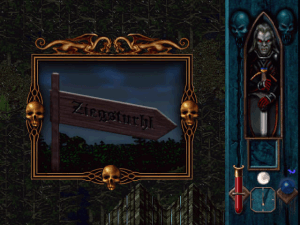 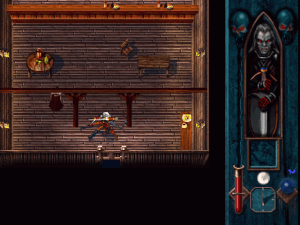 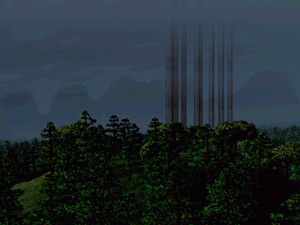 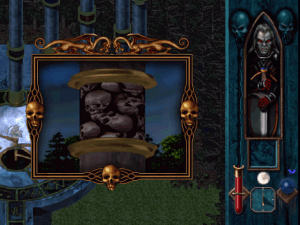 I have windows 10 and can't get legacy of Kain to load what can I do to fix it?

Best game in the series, hands down. Wanna fight about it? I will, that’s how good

I finally decide to make an account and replay this game...and it turns out it's still owned by someone. Why can't whoever owns the game release o re-release a PC version of the game?

I don't think BO1 counts as 'abandonware'. Crystal Dynamics were original publishers (and thus original ip holders) they won a court case against Silicon Knights pre-SR1 which confirmed they would have full right except where they passed them on (in pc ports for example). As CD turned dev, the ip rights went through Eidos and Sci, ending up at Square Enix. The only reason you don't have a pc rerelease is because Activision holds part of the rights to the original pc port and won't play ball.
Knock yourselves out if you wish but the rights to this are owned by active companies.

Definitely abandonware. the other games are available on Steam and GOG but not this one.

I can't buy this game anywhere, I've looked. Would you perhaps reconsider making this available? I'd love to experience it.

"This game is no longer abandonware, we won't put it back online."

Umm... NO! No it's NOT "no longer abandonware". Although Square Enix and Crystal Dynamics own the rest of the LoK franchise (Soul Reaver, Soul Reaver 2, Blood Omen 2 and Defiance), Blood Omen is owned by Silicon Knights, who are out of business nowadays following the Too Human debacle. On top of that, the shop link points to the PS Store, which I'm pretty sure is not a viable option because it sells to the PS3. So why are you acting as if it's "Not Abandonware" and deciding not to put it back online, even though It IS abandonware, and is only being sold to a now abandoned console?

It's really not worth playing without the cutscenes. This game is the beginning to a fantastic story, and you would be missing out on this version, even if the cg is terrible, lol.

No cutscenes in the 90mb cause its a rip. ;) Have to be old like me to remember what that is though.

This ought to be one of my favorite games with vampires and time-traveling in it, and this particular game is the LEAST appreciated of them all, in my opinion this is a GREAT GREAT game, even much more better than the 2nd one (also the most overrated imo) it is a MUST play! Awesome voice acting! RIP Tony Jay.

90 MB? Where are the cinematic cutscenes?!

This is the only game from the series developed by Silicon Knights. That's why it's Abandonware. This game makes you feel like a true vampire. 5/5

One of the best vampire games ever made. Amazed its free here. Anyone who likes a good story with Rpg elements, and hack and slash gameplay will love this. They made several sequels to this game. They were good too, but this game always was my favorite of the series. This is one of those games that makes you want to finish it and find all the goodies and kill all the baddies. Your an avenging vampire confronting those who did you wrong in your human life.

Blood Omen: Legacy of Kain is available a small price on the following websites, and is no longer abandonware. GoG.com provide the best releases and does not include DRM, please buy from them! You can read our online store guide.

Some of these file may not be included in the game stores. For Blood Omen: Legacy of Kain, we have the following files: 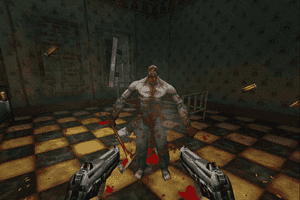