Carrier Force is a video game published in 1983 on Commodore 64 by Strategic Simulations, Inc.. It's a strategy and simulation game, set in a historical battle (specific/exact), naval, turn-based and world war ii themes, and was also released on Apple II. 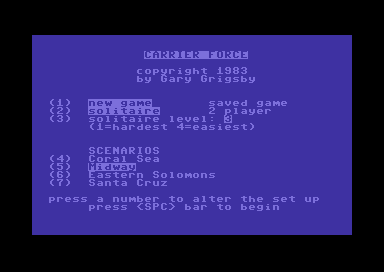 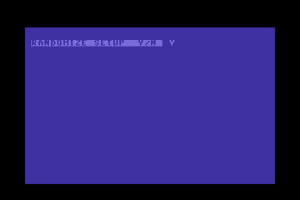 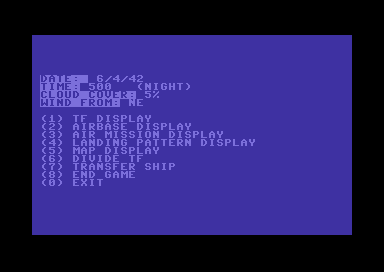 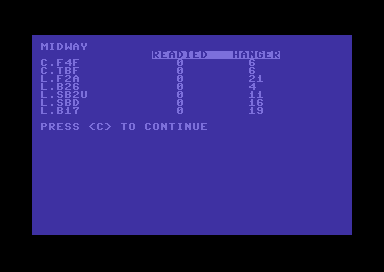 Played these games when they first came out for Apple 2. Love the strategy and "fog of war". Anything produced by SSI I feel is superior to today's arcade games. Try to find "Bomb Ally" another good one and "Tigers in the Snow "

Played it on floppy with Apple 2 when it first came out. Now playing it on a Commodore 64 emulator. Still love the game and its strategy.

Share your gamer memories, help others to run the game or comment anything you'd like. If you have trouble to run Carrier Force (Commodore 64), read the abandonware guide first! 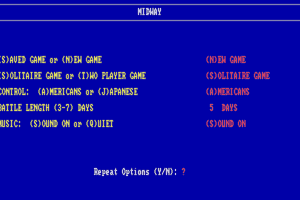 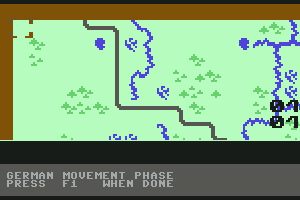 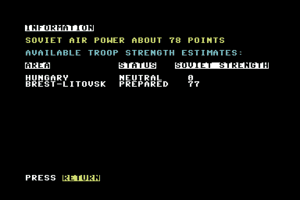 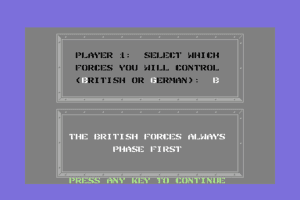 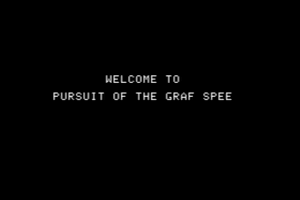