Empire II: The Art of War

Description of Empire II: The Art of War

A disappointing end to the illustrious Empire series that began in 1978, Empire II: The Art of War feels like it was rushed out the door long before the game was ready. This results in an inconsistent, sometimes fun wargame that could have been much better than Empire Deluxe, but instead ended up as the sequel that never was.

As Mobygames' description and review makes clear: "This version includes more terrains and more sighting and movement rules. A significant change is that land units can take damage in a skirmish instead of simply winning or losing (being destroyed). There are also added rules for unit morale. If a unit's morale gets to low, they retreat, regardless of your orders. Other additions are allowing for reinforcements to appear on certain turns and weather factors. The scenario editor has been enhanced so that players cannot only create their own maps and scenarios, but their own custom units, including statistics and the graphics. So players can fight prehistoric, historical, fantasy, science fiction, or whatever battles they like.

Although it's part of the Empire line, it's lost much of the charm. I think this is mainly because of the lack of exploration required. In Empire and Empire Deluxe, the fact that you have to explore the planet/area you're conquering plays a big part in the game. That's lacking from this version. You always see the complete map, it's just a matter of being in range of sight of enemy units.

If you're an avid wargamer, you'll probably enjoy it. However, if you've heard great things about Empire and Empire Deluxe and think this will make an acceptable substitute, think again." 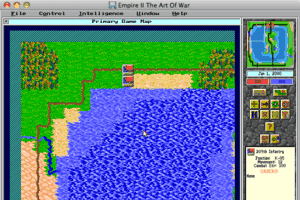 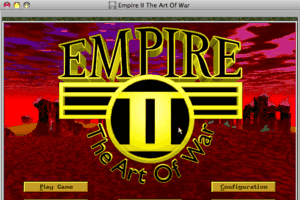 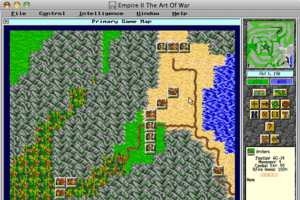 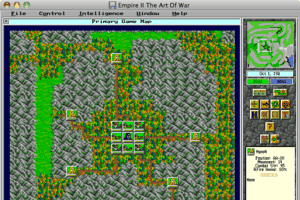 I likes this game

Great strategy game if you can do your own visualization. Especially fun to make your own scenarios! Widing-ranging options, but could use more to really be versatile.

Share your gamer memories, help others to run the game or comment anything you'd like. If you have trouble to run Empire II: The Art of War, read the abandonware guide first!