The game will be familiar to anyone who has the Microsoft's Plus! Windows 95 companion pack, since one of the tables - Space Cadet - was included there as a bonus. All the tables in this collection are one-screen tables: viewed from an isometric 3D angle, so you do not need to scroll the screen to see the entire table. There are only three tables in FTB - too few compared to most pinball games that feature six or more. However, all the tables are quite well done.

The version of Space Cadet table in FTB is the same as the version in MS Plus!, except it has been enhanced with improved graphics, multi-ball play, and support for multiple resolutions. With the largest viewable surface, Space Cadet is the simplest and easiest of the three tables. All the tables have a nice built-in help feature: small arrows light up to show you the next target/ramp/bumper to hit for bonus points.

One of the best features of FTB is the soundtrack. You will hear hear digitized pirates telling you to walk the plank on the pirate-themed Skullderduggery table, kings commanding you to slay the dragon on the fantasy-themed Dragon's Keep. Sound effects such as laser fire, cannon fires, and water splash are all realistic and add significantly to the atmosphere. The problem is FTB is the same as with most one-screen games: the ball is too small to follow its trajectory accurately, so only sharp-eyed pinball experts will have a chance at high scores in this game.

While Full Tilt! Pinball is by no means a classic pinball game, it is fun enough to warrant a revisit once in a while. Compared with other one-screen games, it's not as good as Crystal Caliburn, but much better than average fare. Thumbs up, but not a Top Dog.

Federico Dossena made a complete guide to get it to work on Windows 10: https://fdossena.com/?p=fulltilt/index.md. 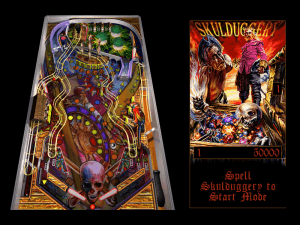 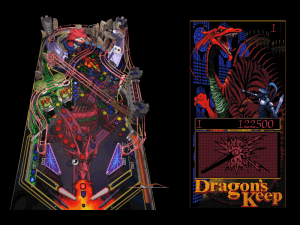 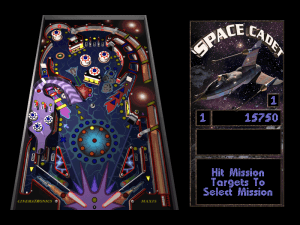 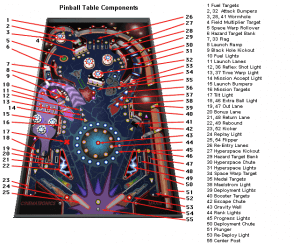 Is this able to work on MacOS?

If it's an IMG file, you should mount it as a floppy disk. There is an ISO download available that you can mount as an optical disk.

I mounted the .img file into a virtual machine and it refused to mount, do i need to compile all the files into a iso? (upvote if yes)

When I download iso version on Windows 10 and try to open FULL_TILT file it says that the disk image file is damaged. Can someone please help me !?

for the iso version
go to WIN95 folder then FULLTILT then copy the content of the mode you want to play (CADET, DRAGON or PIRATE) into a new folder named 'd' then execute the exe file from there

keeps telling me the disk image file is corrupted

On a win 7, go to program files and find the game. Now right click on the game and a window will open. Go to the compatibility tab and click on it, change compatibility to windows XP. It should run now.

how can i get this working on windows 7?

none of them is working

upvote if you are here because of 9Gag

Hi, im new to this website. Im having trouble getting this to run on my windows vista 64Bit PC, when i try to run it it says i need a 64bit version of the program but of course this is a 16 bit program. How can i fix this? please help.

3D Space Cadet but better.
Thanks LGR to reminding me that the 3D Space Cadet incluided in earlier versions of Windows was just a demo, although it's still just 3 pinball sets. It will still hold a special place in my childhood

To get this working in Win10, check out this guide: https://fdossena.com/?p=fulltilt/index.md

I have both Full Tilt Pinball games. However, they will not in in Windows 10.

Share your gamer memories, help others to run the game or comment anything you'd like. If you have trouble to run Full Tilt! Pinball (Windows), read the abandonware guide first! 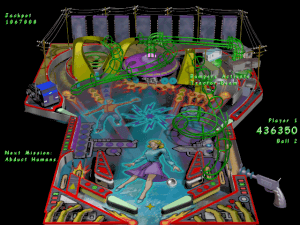 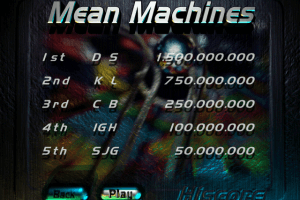 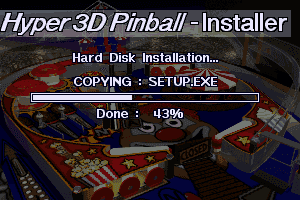 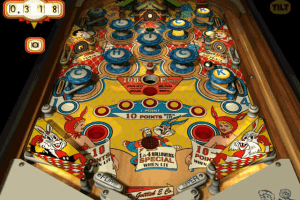 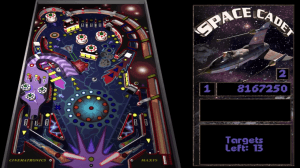 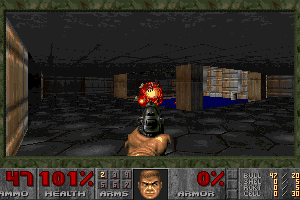