Description of Heart of Darkness Windows

Heart of Darkness is an excellent, but little known, platform adventure game Last PC game by Eric Chahi, designer of sleeper hit Out of this World (OOTW). Under development for over five years, Heart of Darkness features the same surreal, stranger-in-a-strange-land setup as OOTW, but it is decidedly much more light-hearted in tone-perhaps to appeal to younger gamers.

You are Andy, a Dennis the Menace wannabe whose greatest fear is the dark. After an eclipse of the sun whisks away your beloved dog, Whiskey, you quickly fly off into another dimension in a homemade spaceship you built. Yes, it is far-fetched, and yes, it makes little sense. But since most of us don't play platform games for good stories, this is somewhat forgivable. Armed with a trusty laser gun, you must blast screen after screen of unspeakable horrors to find your dog.

While it sounds simple, Heart of Darkness is much, much more difficult than OOTW. Even side-scroller veterans will find themselves dying more than usual after only a few minutes of play. This is a game that requires patience, flawless reflexes, and lots of trial and error to complete. Although you have virtually unlimited lives, you will have to start over either at the beginning of the level or certain "restarting points" when you die. These points are few and far between, and there is no telling where you will restart. This leads to hours of backtracking and grinding teeth, and you may be too frustrated to play it through to the ending.

Fortunately, Andy has the ability to run, double-jump, and shoot his way through multiple screens, and the action is more thought-out than other platformers. Rather than mindlessly jumping for coins or power-ups, this is a true action adventure, and survival relies on wit as well as reflexes. Light and shadow, along with subtle audio cues, play major roles in the game, as seemingly innocent reflections come to life. Though the enemies are cartoony, several of them are quite disturbing, and this probably isn't the best game to give your kids. After all, Andy gets beaten, snapped in two, swallowed whole, torn apart, immolated, and crushed in a variety of grisly fashions.

Though the quality of the animation is quite good, it's not entirely smooth. Jumps and other split-second moves are way too fiddly. This problem carries over into the game's poorly compressed cutscenes. Even though the cinematics have been rendered with the utmost attention to detail, they also suffer from a choppy frame-rate and poor resolution -- and just like the rest of the game, it's not even full-screen! But the upside is that those five-year-old graphics translate into five-year-old system requirements - the game runs smoothly on a 486/66 and a dual-speed CD-ROM drive, as long as you've got Windows 95.

Overall, if you're a big fan of action adventures in the style of Out of this World or Abe's Oddyssee, you will probably enjoy Heart of Darkness. Be warned, though, this game is extremely difficult for all but the most dexterous gamers. Make sure you know what you are getting into before you buy this brutal game. Thumbs up! 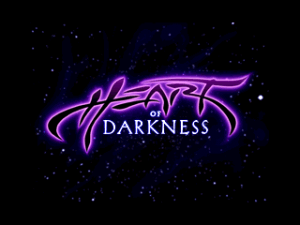 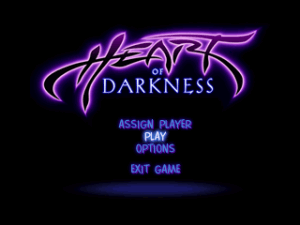 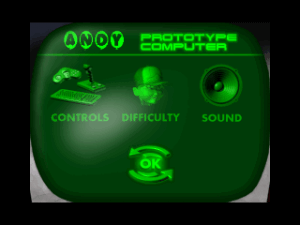 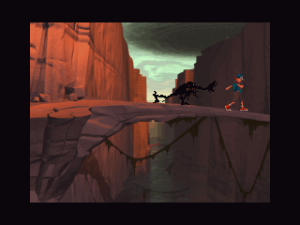 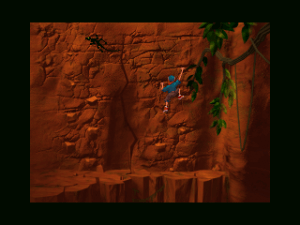 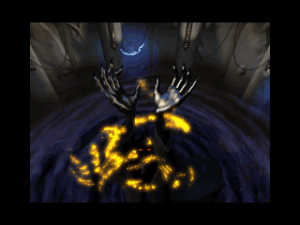 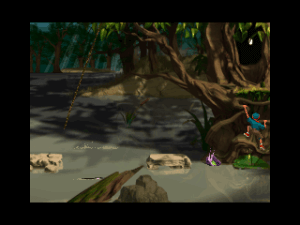 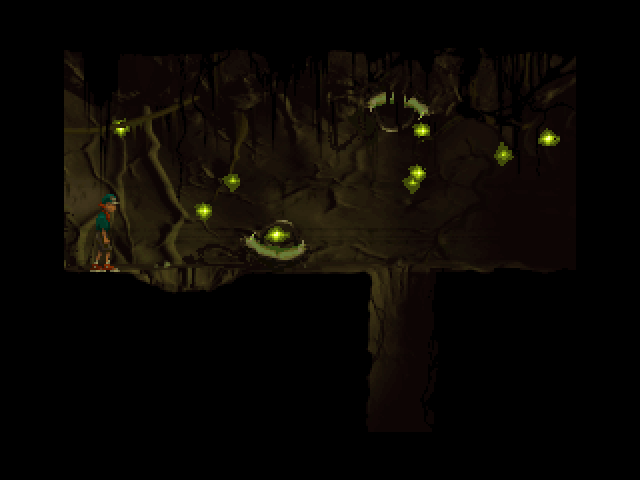 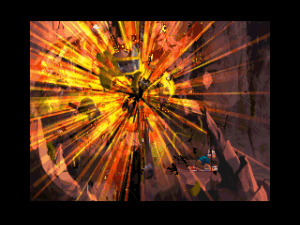 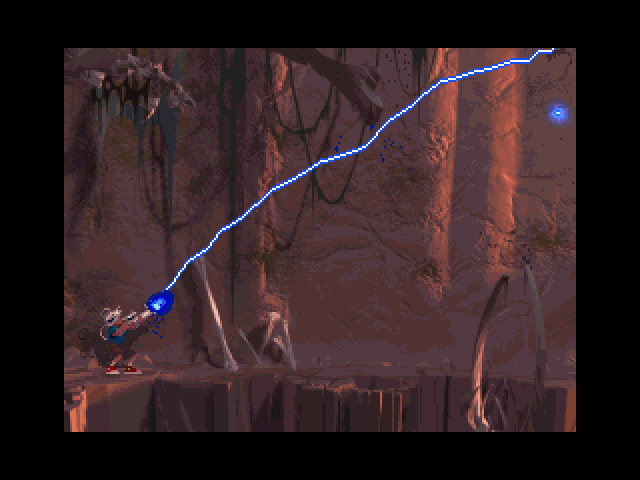 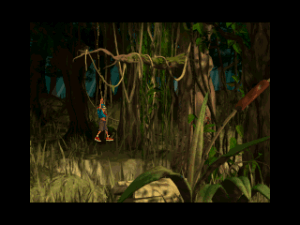 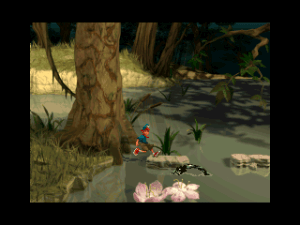 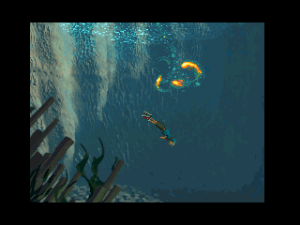 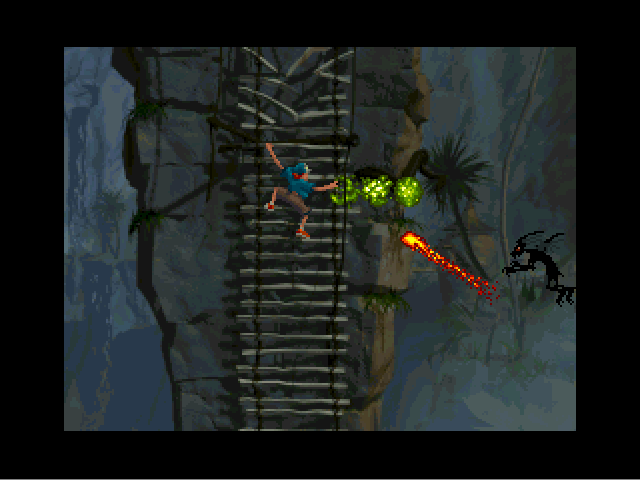 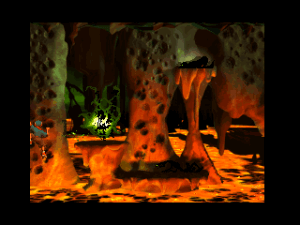 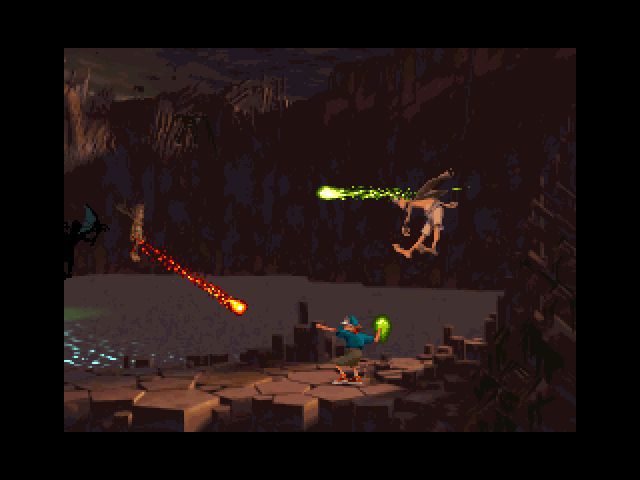 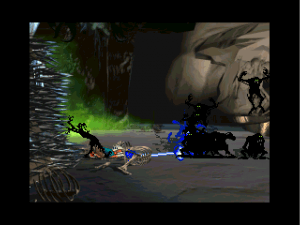 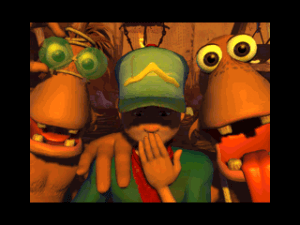 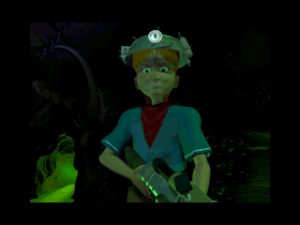 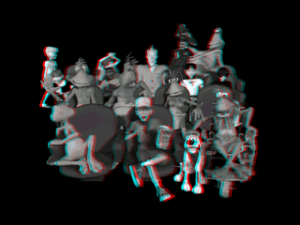 I have an UN opened heart of darkness that still has the plastic seal on the Box. How much is that worth?

So what is the last file i should press to start the game!?
and is it on iso or rip!?
i did all the steps in the 2nd comment

You can use source code of the game http://cyxdown.free.fr/hode/ to play it on modern machines

To play this game with cutscenes:
1. Download both RIP and ISO
2. Extract RIP contents to whatever directory you like
3. Mount ISO (or extract contents) and copy the HOD.paf file from paf folder. Paste it into the paf folder of the RIP version.
4. Copy the contents of bin folder from ISO and paste it in folder of RIP version. Allow overwriting.
5. Run HOD.REG from RIP folder.

You can now play game with cutscenes without mounting iso.

Note: If it still still doesnt work, try running hod.1.reg from folder as well. Also I highly recommend peixoto patch if you are getting graphical issues.

no cutscenes :( any idea on how can i fix it?

For those who can't run the game just change the compability to Windows XP (Service Pack 2) it worked for me.

I got this to run but i have no cutscenes (ISO Version)
It supposed to have cutscenes right?

Can't run the gmae from the full iso. I can only run the rip version but then I lose all the cutscenes.
I've even tried on a win 98 virtual box
Any suggestions

do i need an emulator to play heart of darkness?

you can't play if you don't have the emulator or disk? what is this crap???

Good website, good games and now its back to play them...

this is a decent game. Its got a good story and the puzzles are tricky. it can get violent at times though but not too violent.ex. ripped to pieces by shadows. 7 stars out of 10

Share your gamer memories, help others to run the game or comment anything you'd like. If you have trouble to run Heart of Darkness (Windows), read the abandonware guide first!