In Search of The Most Amazing Thing

Description of In Search of The Most Amazing Thing

In Search of The Most Amazing Thing is a great adventure/action/strategy hybrid for the whole family that remains this day, almost two decades after its release, as one the most innovative games of its kind.

The plot is a wacky, creative hodgepodge of science fiction and fantasy that is strongly reminiscent of surrealistic movies such as Baron Munchausen. The story takes place in an alien world that is very similar to Earth. You are a boy whose rustic, routine life is disrupted forever one day by the appearance of a strange airborne vehicle from your long-lost uncle Smoke Bailey. Naturally, you board the craft (later known as "B-Liner") to meet your uncle, whereupon he tasks you with finding The Most Amazing Thing, an object which holds the secret of the universe, which he once found but now lost.

You must first prepare for your long journey by equipping the B-Liner with necessary items, and practice navigating the B-Liner as well as the personal jetpack you will need to fly over a planet. Not only that, but you must also remember uncle Smoke's advice about the mysterious Mire people and various strange creatures.

Gameplay, in retrospect, is very limited: your options are limited to piloting the B-Liner and jetpack around the map to find new locations, and getting in and out of it once in a while to collect fuel, find food, and talk to new characters. Much of your time will be spent looking at a quasi-flight simulator screen, where you must carefully pilot the B-Liner (which is a cross between a balloon and a moon buggy), moving up and down in tandem with the wind to go where you want. Sounds pretty boring, right? Wrong.

As most gamers who grew up in the early 1980s (myself included) will tell you, what makes ISOTMAT so addictive and memorable is neither its gameplay nor its graphics, both of which are primitive by today's standards. It is the astounding amount of atmosphere and fantastic gameworld that the game is able to create with sheer amount of detail that makes you believe that you are truly transported to the planet Porquatz, watching the weird and wonderful alien cultures through Terry Bailey's eyes.

The game even includes an excellent, detail-packed novella of the same name by fantasy author Jim Morrow, which alone is worth the price of the whole game. (This novella is included in the manual scan on this site).

Overall, ISOTMAT is definitely as must-have if you don't mind primitive graphics, especially for anyone who is looking for a unique, user-friendly adventure in the style of Jules Verne novels. Two thumbs up! 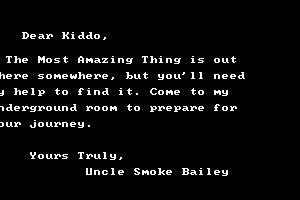 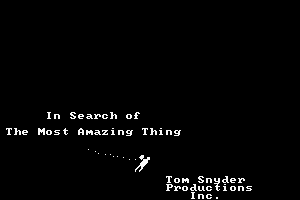 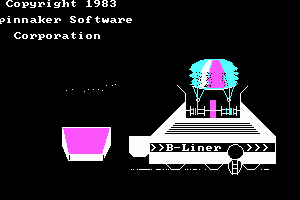 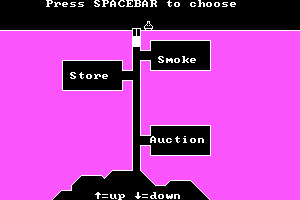 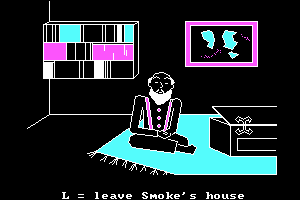 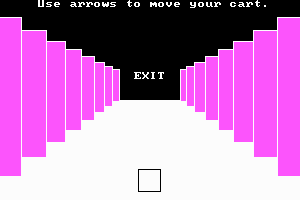 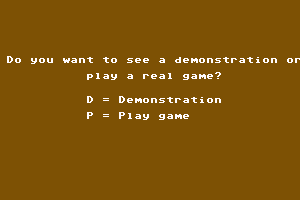 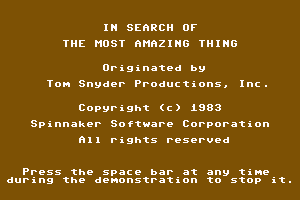 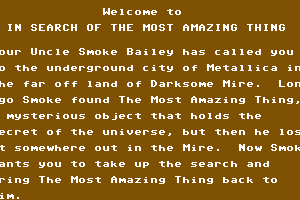 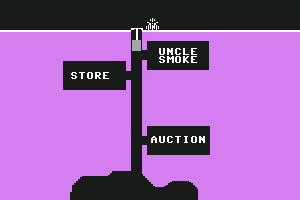 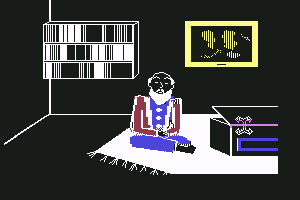 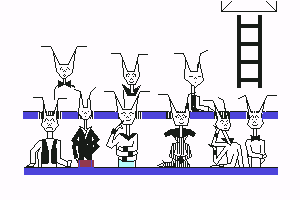 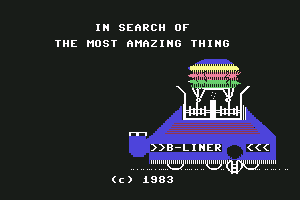 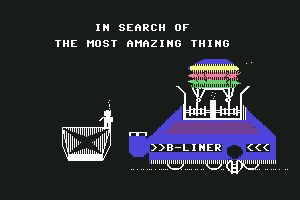 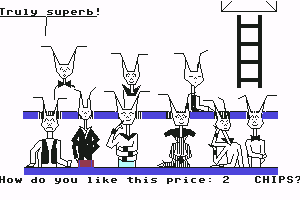 Can someone tell me how to run the game through Dosbox? All I can get running is Basica. And I don't know what to do from there.

Game is not working properly. Any time you try to visit a hut or sleep or get hit by a mire crab, it runs into a basic syntax error and quits. :(

CLASSIC !!
I played this game for hours in my friends basement on his IBM PC....then I got one but my dad was too cheap to get the CGA monitor, so I played the game on a green monochrome one ! Still great...Spinaker software also had another game called snooper trooper and it was good as well.

Wow. Those images just whisked me 20 years back in time. My fifth-grade class were obsessed with this game. Most of us had PCs by then, and we'd play it at home and discuss it in class. Our teacher decided to make February 29 of that year "ISOTMAT Day" and the "extra" day was spent doing whatever projects we wanted that were related to the game. I wrote a story -- I guess that was pretty early videogame fan fiction! Thanks for inspiring those memories.

I've been looking all over for a copy of this game. I remember it being pretty much the most amazing thing ever! Unfortunately, I'm on a Mac and the download isn't compatible. Any chance of getting an Apple version of the software or better yet an online simulation?

Man I completely forgot about this game until seeing it here... my cousin had it on like an Atari computer or something. Wow.

You are right when you say our version was bad, but you are wrong about the whole internet thing.

I have found a working version and replaced it. Have fun ! :)

This game is corrupted just like all the other downloads on the internet. When you try to talk to Smoke there is a syntax error and the game crashes.

Share your gamer memories, help others to run the game or comment anything you'd like. If you have trouble to run In Search of The Most Amazing Thing, read the abandonware guide first!