Description of Klass of '99

Skool Daze is a classic and one of the most original Spectrum games ever, released by Microsphere in 1985.

In it you played a naughty schoolboy named Eric. It's almost the end of the school term, and Eric's bad report is going to be sent home, and he would be grounded throughout the holidays. To stop this, Eric must complete a number of tasks so he can change his report card and get away with it.

The game was famous for its amazing recreation of actual school life-- Eric will get penalized (having performance points deducted) if he is late for class or any other school activity. The fun is to strike a good balance between following Eric's schedule, and finding time to accomplish his goals. Bak 2 Skool, the Spectrum sequel, was released later that year to much applause. However, until recently these games had been left to die. That was until Spectrum emulation, and this lovely new remake from Richard Jordan. Spectrum emulation is (as you would expect) usually a huge disappointment. The games play fine, but they've lost their magic in the 15 years that have passed.

Klass of '99*, however, is a masterpiece. Not only has the game been graphically and sonically improved, the plot has been modernised as well. Instead of having to open the safe holding all the school reports, you must get the password from all the different teachers and use the computer to alter your report.

Ultimately, the game is just as good, if not better than, the original Spectrum classic-- its unique combination of action, adventure, and strategy remains unparalleled to this day. Two thumbs up! 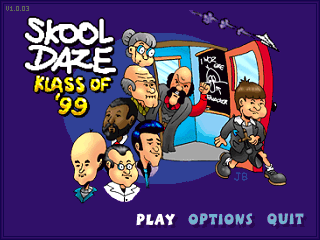 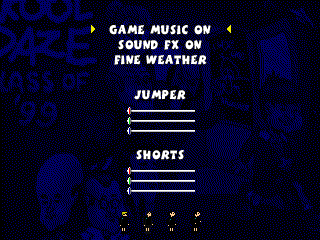 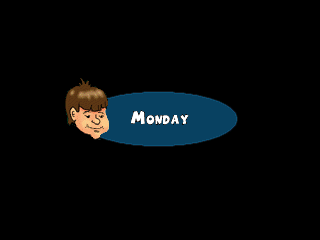 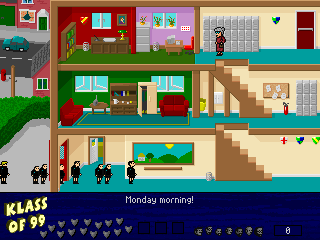 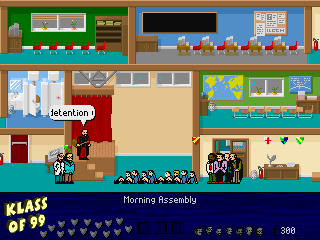 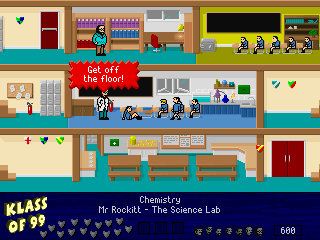 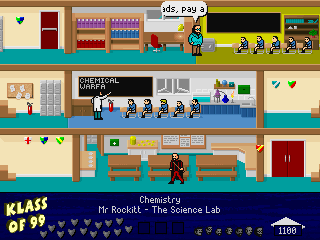 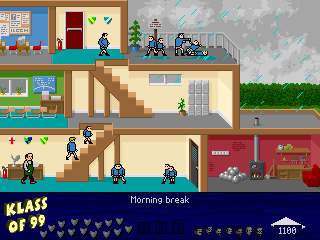 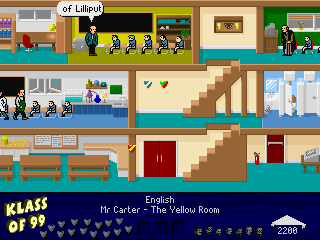 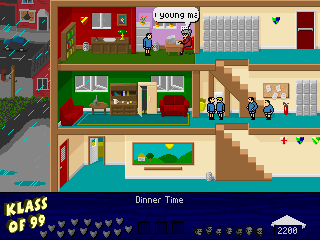 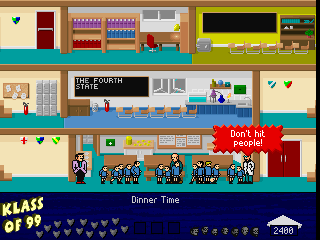 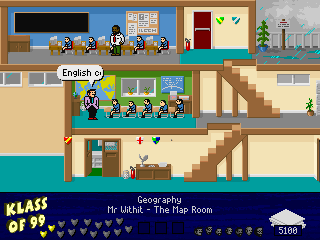 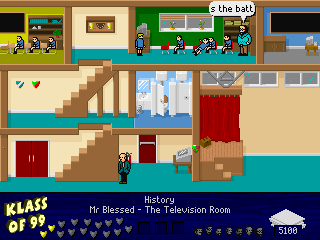 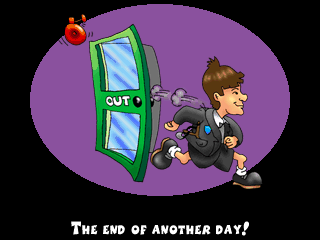 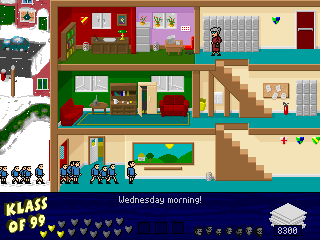 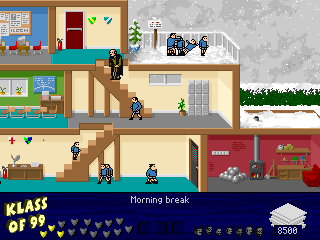 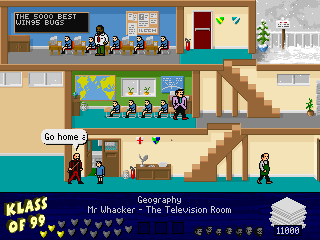 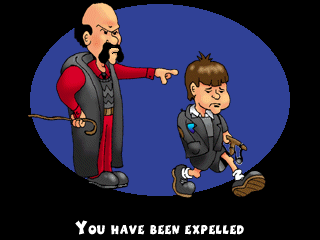 Share your gamer memories, help others to run the game or comment anything you'd like. If you have trouble to run Klass of '99, read the abandonware guide first!