From the guys at Eutechnyx, a part of the Ocean company who brought us Micro Machines for the SNES, comes a similar game, called Motor Mash. Just think of Micro Machines but not so micro and in zany cartoon worlds and you will get a good picture of what Motor Mash is all about.

Motor Mash is a top down racer where your race against three other opponents over six worlds. The six worlds, Amazon, Wild West, Nightmare, City, Arctic, and Atlantic each have eight courses to choose from to race on in single race mode. However, your choices of tracks are limited until you unlock all of the tracks by advancing in the tournament mode, which I will get into later. Each world has its own little quirks, which make them different and interesting. For example in the Amazon world you don't just race through the jungle and Mayan temples but also race through the treetops which makes the world a multi-level affair. In the city world you would think that you would race through the streets, but not in this game! Instead you race over the rooftops, jumping from one building to another. The Atlantic world is under water, and in the Arctic world it is tough to get a good grip on the ground with your tire sending you skidding through the turns.

You can choose from a variety of different characters to race as. Don't worry about your opponent getting an edge because all the characters are equal except for their appearance--this is a cartoon racing game! The different characters that you choose from are as follows, Pilot, Cornet, Hippy, Cabby, Prof, Gangsta, Explora, Astro, Builda, Diva, Pretty, and my personal favorite, Soldja. You can probably guess what each looks like from their names. As you can tell, you have quite a wide range of personalities to choose from. On one side you have a tank, and on the other end you have a crazy professor.

There are six modes of play in the game, single race, practice, knockout, league, team play, and beat-the-clock. In single race you simply select your racer, a course, number of laps, and race against three computer opponents in one race. Practice mode is the same as single race except that you can choose the number of opponents that you race against.

Knockout races are based upon a process of elimination. They take place over a number of rounds of either one, six, eight, or eighteen. When you choose more than one round your are subject to a credit system where you start out with three credits. It costs two credits to enter each race so going into the first race you will only be left with one credit left which isn't enough to enter the next race if you don't earn any more. You earn credits depending on which place you come in for each race. For first place you earn three credits, second two, three one, and last zero credits. So you better hope you don't come in last or your day is done. The way the races work is that you race around a course for a set number of laps or until someone earns enough points to win and move on to the next course. Like Micro Machines when you or an opponent gets out of view of the leader they are eliminated. The others race on until only one racer is left and that person earns a point and everyone is put back on the track. A tire that goes around your character's portrait symbolizes your points and when the tire is complete you win the race and receive your credits.

League mode is the heart of the single player game. You select the number of races in each league and start out in the third division. You then race around the number of races determined and earn points for each place you come in. In order to advance to league two all you have to do is not come in last in your division in total points. The further you progress in league mode, the more tracks that will be unlocked for you to use in the other modes. Beat-the-clock is the next mode which is just one racer racing around a course trying to break the course lap record. Simple. The last mode is team play, which is the same as knockout mode except there are two teams of two racers each. Each team has only one tire that they share instead of individual tires.

Even though this game is played from a top-down perspective, the graphics are done in 3-D and look very nice. The Wild West world looks just like it came out of a Roadrunner cartoon. Don't expect the graphics to be on the same level as say Quake 2 , but graphics like that wouldn't fit into this game anyway since the graphics are supposed to be like a Loonytoons cartoon.

Even though the music never worked and half the time the sound effects didn't either Motor Mash is still an enjoyable game. The little extra in the game really adds to the fun factor. In some of the tracks there are some creatures roaming around looking to create havoc. For example in one of the Arctic courses the Abdominal Snowman is looking to crush you and anything else that gets in its path. In the City world King Kong is looking for a quick snack and it may be your if you're not careful. When I first saw these creatures I was really surprised and delighted. What would be a cartoon game without some cartoon violence? Well don't worry because this game has plenty of cartoon violence! Lying around the tracks for some unknown reason are various weapons and powerups for you and your opponents to use. Some of the weapons are a machine gun, ray gun, missiles, and land mines. Sound like fun? Well they are, especially when you are playing multiplayer and you see the look of shock on your friend's face as you blow him away! If you are looking for a fun cartoon style multiplayer racing game then Motor Mash will be a safe bet, even if the music doesn't work! 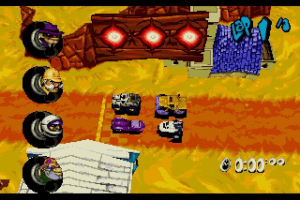 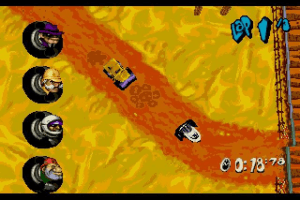 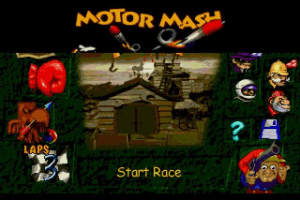 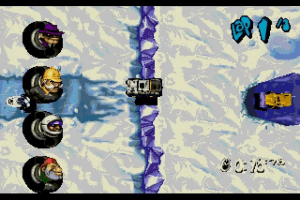 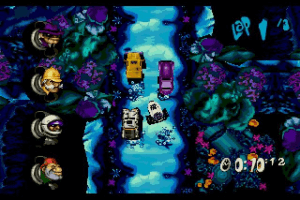 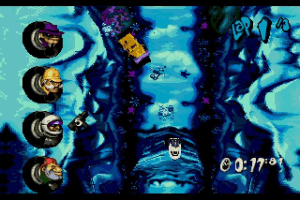 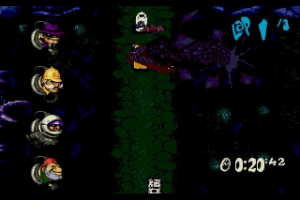 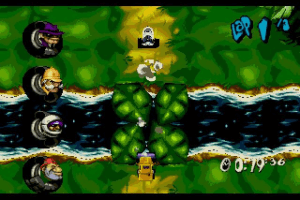 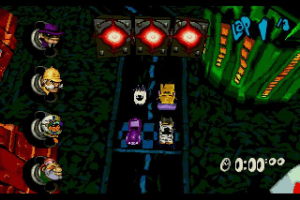 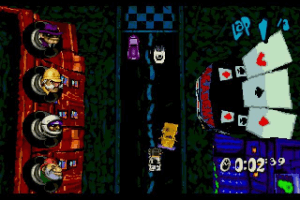 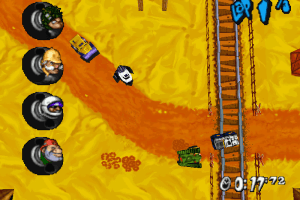 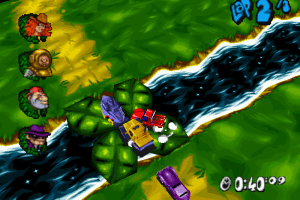 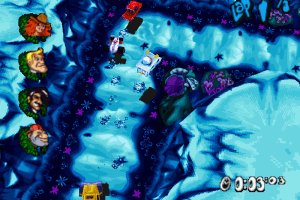 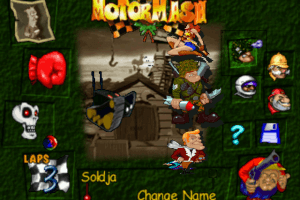 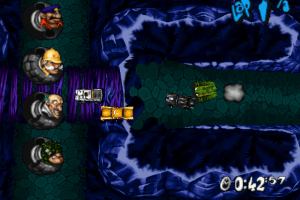 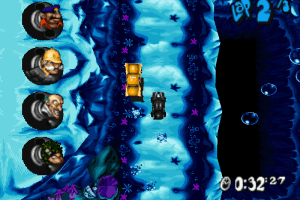 Share your gamer memories, help others to run the game or comment anything you'd like. If you have trouble to run Motor Mash, read the abandonware guide first! 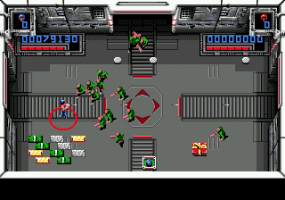 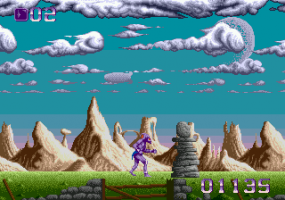 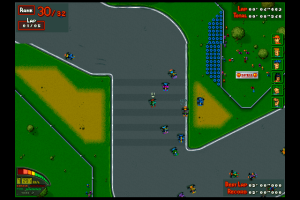 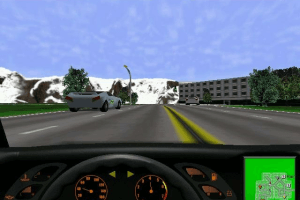