Sporting 23 very well-designed missions, new graphics, new enemies, new features including destructible environments, the same addictive gameplay, and even a well-written and believable plot. Designed as a fanmade sequel to Spear of Destiny, the last official game in the series, Spear Resurrection picks up where id's game leaves off. BJ Blaszkowitz, the buffy hero, is back in action to fight the Nazi army to find out what really happened to Hitler, what the Spear of Destiny actually does, and what became of it in the end.

The new storyline of Spear Resurrection is long, well-written, and matches id's style perfectly. Similar to id's own games, the level design in Spear Resurrection is top-notch. After the first mundane (and even slightly boring and drab looking) first level, the game gets more fun and more challenging. There are many new graphics and creative enemies, particularly the suicide bombers that have a knack of blowing themselves up in your face.

As in id's games, there is plenty of graphical details: dead bodies rot on the ground, skeletons dead in cages, different plant types in the outdoor scene, and more. Destructible objects and environments make the game even more challenging and add a new puzzle element - sometimes you have to blow up walls to find the way out.

An excellent example of what a couple of dedicated fans can do to resurrect (pardon the pun) an aging engine, Spear Resurrection is a fun and addictive first-person shooter that does a great homage to id and their timeless series. Two thumbs up, way up! 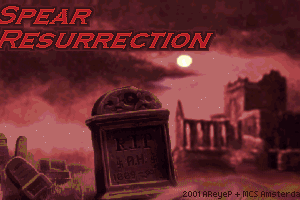 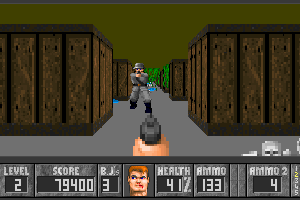 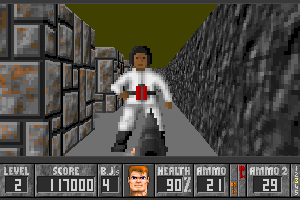 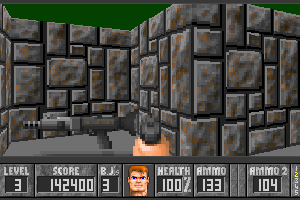 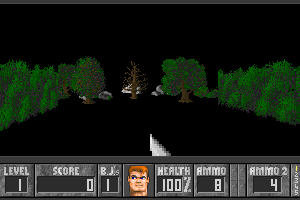 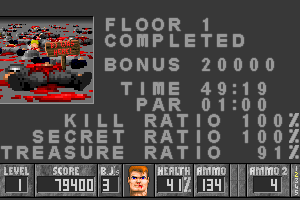 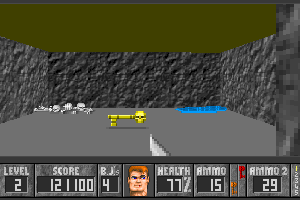 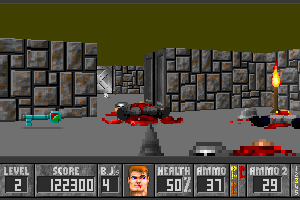 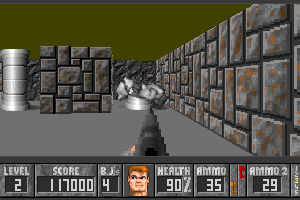 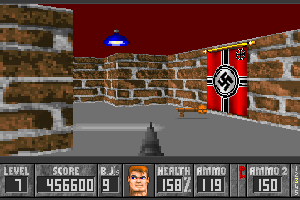 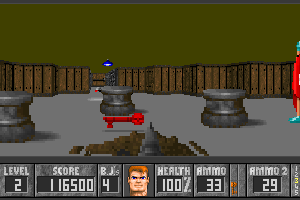 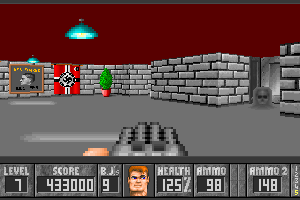 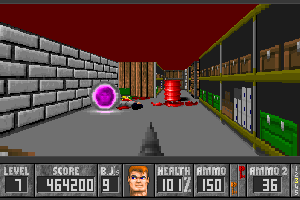 Share your gamer memories, help others to run the game or comment anything you'd like. If you have trouble to run Spear Resurrection, read the abandonware guide first! 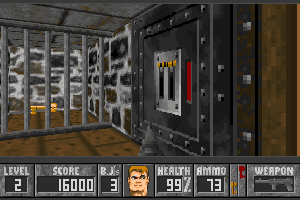