Description of Stock Market: The Game

Although on the surface it looks like nothing more than a cosmetic update, it is actually a substantial improvement over its relatively primitive predecessor. For one thing, bull and bear conditions now more realistically affect stocks across the board, not as randomly as before. Dividend payouts are also more realistic, and being a majority shareholder actually has an affect on share price. If you own 250,000 shares or more in one company, for example, you can make your opponents who own shares in the same company lose out pretty badly by selling out before he does. Of course, this only works if your turn comes first-- since each person's turn is randomly determined, this added to the challenge of second-guessing your opponents, since you never know who will move first.

Overall, Stock Market is a fun introductory-level stock market game. It's by no means realistic, but it gives a good overview of how the stock market-- and especially speculation-- works. The game can be finished in 1-2 hours, making it ideal as a quick game among friends, or between you and computer players. Good as a quick fix, but if you are looking for a realistic, accurate simulation of the market, play Wall $treet Raider instead. 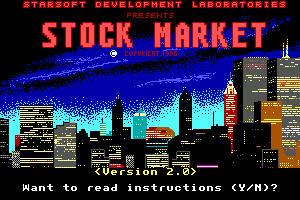 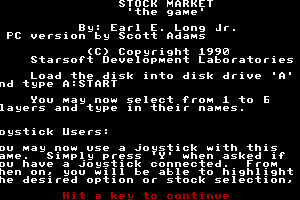 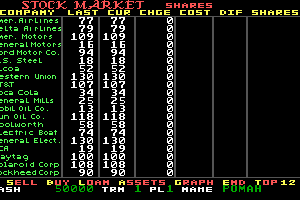 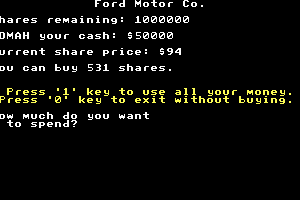 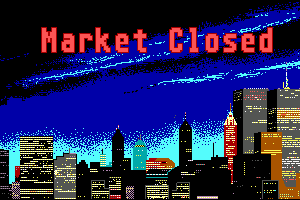 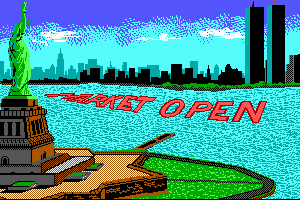 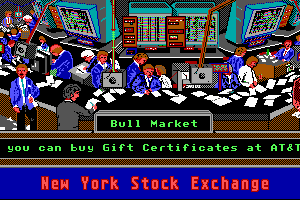 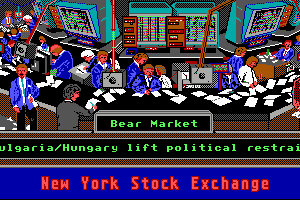 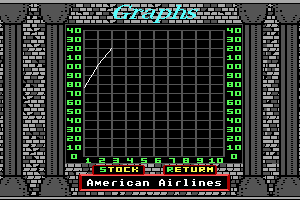 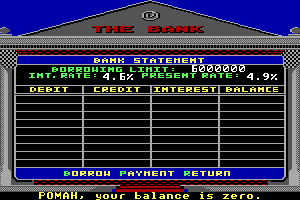 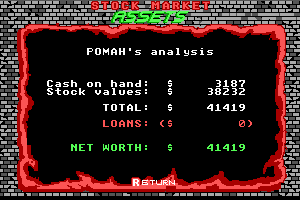 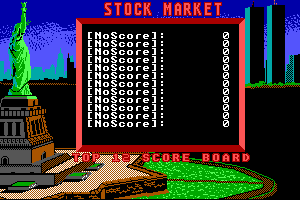 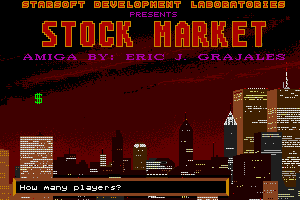 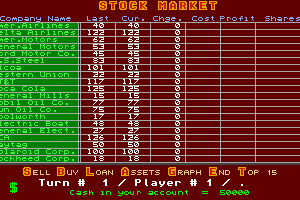 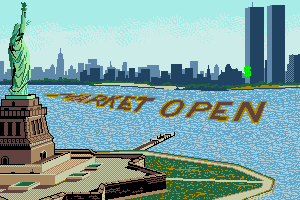 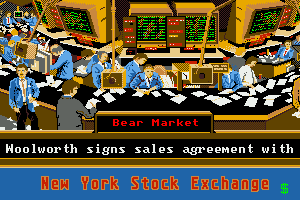 Interesting game, but had to run it on my old 32-bit machine. I agree with your comment that, if you want realism (and Windows), you want to play Wall Street Raider, which has been around since the 1980s but is still being updated (Windows version) every few months, and is incomparable among stock market and business games.

Share your gamer memories, help others to run the game or comment anything you'd like. If you have trouble to run Stock Market: The Game, read the abandonware guide first! 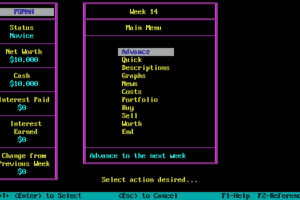 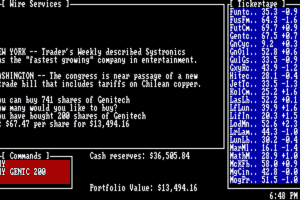 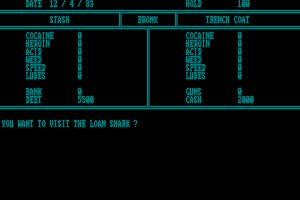 Drug Wars: A Game Based on the New York Drug Market
DOS1984 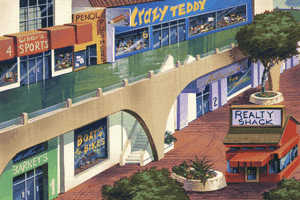