Description of The Final Conflict

Final Conflict is a lackluster simulation of a nuclear conflict that feels as if the designer couldn't make up his mind between making it an action game or a thoughtful simulation.

The premise, as in Infogrames' better-known and better-executed Nuclear War, is straightforward: a global nuclear war has erupted, and your job is defend your country and conquer the others. Final Conflict at first glance seems like a decent strategy game that recalls Impressions' later Global Domination. In addition to nuclear warheads, you have at your disposal land-based troops, ships, shipyards, factories, and tanks. Your first objective is to find where your opponents' bombs and cities are located, and then target them with your arsenal. You also can use diplomats to persuade neutral countries to aid your cause, and spies to infiltrate enemy bases. You can either obliterate enemies' cities completely, or conquer it to add productive capacity to your empire. So far, so good... until you are bombed by enemies. When a nuclear strike is launched against you, Final Conflict shifts to a Missile Command-style mini arcade game where you must frantically click incoming warheads to detonate them before they blast your skyscrapers. This is very simplistic, not very fun, and no doubt will annoy strategy fans who are surprised by this sudden change of genre.

All in all, Final Conflict doesn't have a lot going for it. The political options are better implemented in games like Crisis in the Kremlin, and portraying the war in a tongue-in-cheek style is better done in Nuclear War. Final Conflict tries to appeal to both arcade and strategy fans with accessible gameplay and mini arcade game, but it doesn't quite succeed. Average rating at best for this underdog. 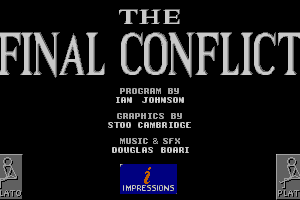 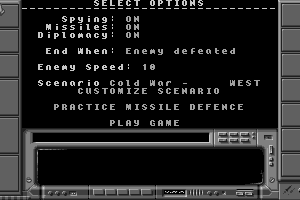 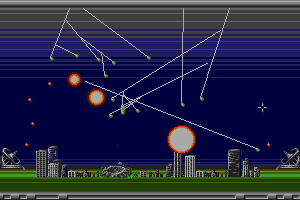 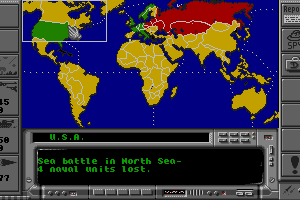 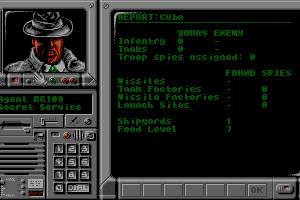 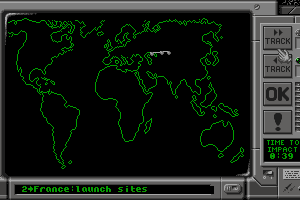 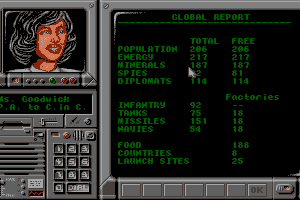 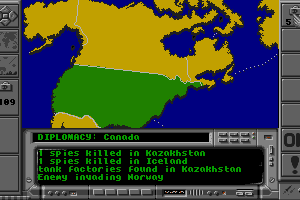 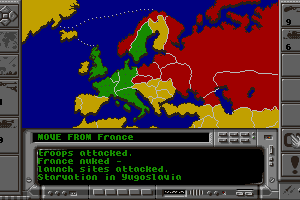 Share your gamer memories, help others to run the game or comment anything you'd like. If you have trouble to run The Final Conflict, read the abandonware guide first! 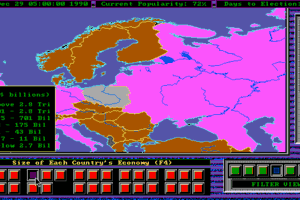 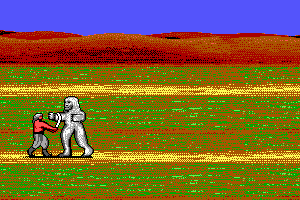 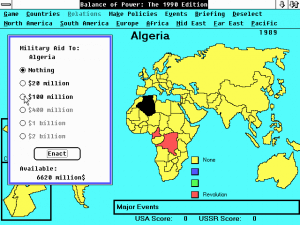