If there ever was a football game that every one could like then Tom Landry fits the bill.

This easy to understand and play game incorporates nearly every aspect of true-life football in all of its glorious detail. Do not be fooled by the dated graphics, which for its time were quite good. The sounds are good too with real announcer's voices and all of the growls and grunts of the players as they shove each other around the field.

Every thing that figures into a real game has been brought into this remarkable game. You have the choice of playing against computer opponents or over a modem, or you can let the computer coach both sides. There are weather conditions and home field advantages to affect the out come of your contests. Your players of course are based on actual team players from the NFL, but the names have been slightly altered so that a Joe Montana will be listed as Montana Joe or something similar, but the abilities will remain the same as the true NFL counter-part.

The game allows you to insert players from the bench on any given play and this I find special because in a nickel defense you can put in your best defensive backs in favor of some of your linebackers or throw that real strong tight end with the terrible hands on a tough running play for extra blocking.

Speaking of blocking each line, offensive and defensive has ratings for different aspects such as fumble recoveries and causes. You will appreciate the bench because there is a fatigue factor in the game. If your quarterback throws too many passes, you had better bring in his back up to let him rest a few downs. And if that big truck of a fullback does not sit and rest a spell his fumbles and injuries will increase. The same applies for your linebackers and defensive backs. Too many tackles without rest and you are begging for an injury.

The real meat of the game is play calling. On both offense and defense, you have a multitude of plays that you can use to best exploit your strengths and the other teams weaknesses. What's that? You say that you don't know much about calling plays or defensive formations. Worry not! If you really need help, you can seek advice from Tom Landry himself on each and every play with details good enough to make a super coach out of you in no time.

Another good thing about this game is that you can form your league with any teams that you desire and the game has a truly wonderful stat keeper that in league play keeps a very entertaining set of stats on every team including rushing, receiving,passing, etc. Leaders. You also have the ability to scout teams before you play them so that you can build your game plays around all of their strengths and weaknesses. This game even charts the opponents play calling tendencies and lets you know what play they are more apt to use in certain instances and positions of the field.

I think that the only thing missing from this game is the ability to trade players and maybe team disks for new seasons, although I may be wrong on the team disks because it does seem to allow them if they existed. I used a hex editor and changed some of the team's stats so that the Atlanta Falcons became a better team than any real life Falcon team ever dreamed of being.

One more Thing. I mentioned the great stat compiler built into this game. At a glance from beginning to end you can see what players are leading in every category of stats. I really can't find anything to gripe about in this game and I enjoyed playing it immensely. I would have to rate this one 5 stars out of a possible 5. If you like strategy football they don't get any better than this one. And if you don't like strategy football then why are you reading this? 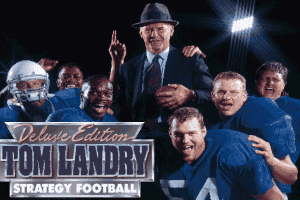 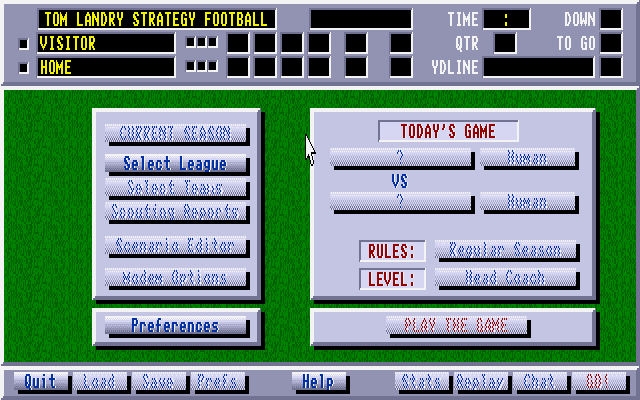 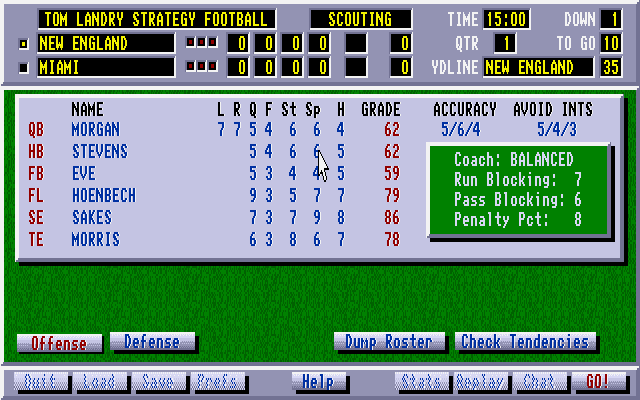 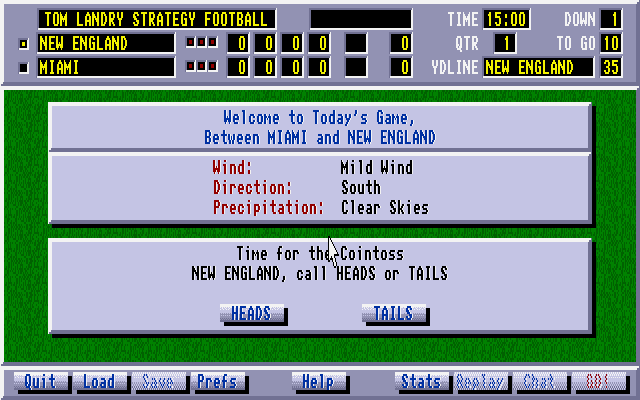 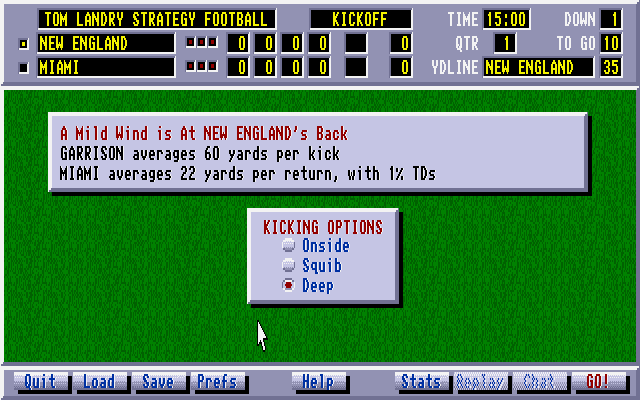 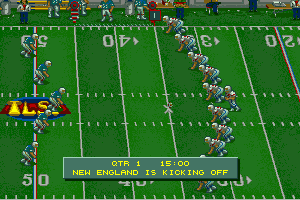 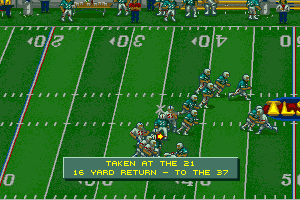 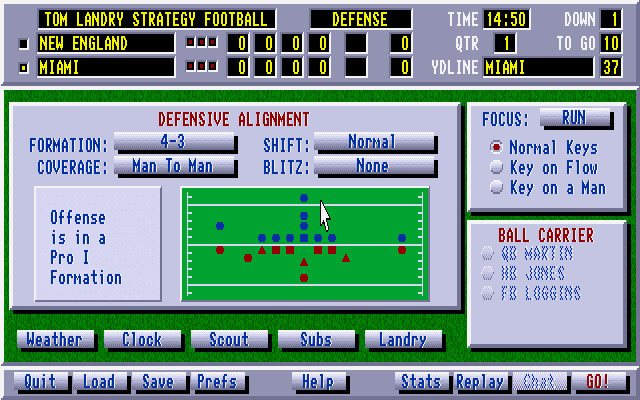 @A Wise Old Man Is your name ironic? I would definitely think so.

Ah, back in the days when Football was Football, Tom "God" Landry was still coaching America's Team, Jerry Jones was letting cheap Vegas hookers sodomize him with strap-on cattle prods, and gangsta drug thugs covered with bling-bling didn't ruin the sport for everyone.

I have an autographed shrink wrapped copy... Anybody interested? E: cferrer@msn.com It's either that or pawn shop in Las Vegas?

Share your gamer memories, help others to run the game or comment anything you'd like. If you have trouble to run Tom Landry Strategy Football, read the abandonware guide first! 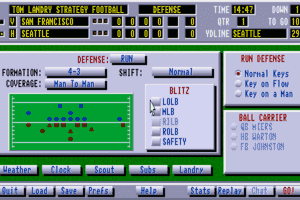 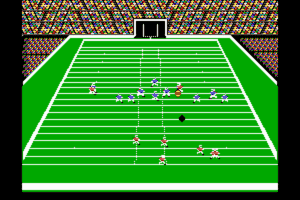 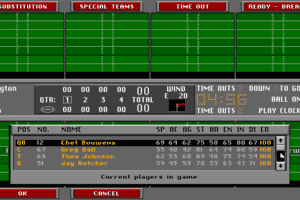 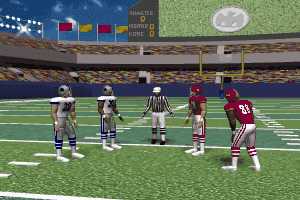 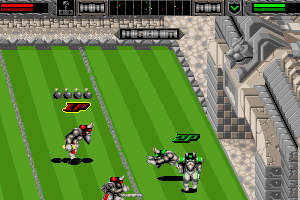