Yet another solid Amiga RPG that failed to make a splash on the PC, Whale's Voyage recounts the voyages of the Whale, a curiously-named spacecraft, as its crew make a frantic effort to return to Earth.

to The game puts a new twist on character creation, as you can not only adjust the statistics each of your 4 crew members, but also the "mutation rate" which enhance their abilities but make them more susceptible to diseases. It's a fun space trading / exploration RPG that recalls Planet's Edge but with more emphasis on trading than combat. 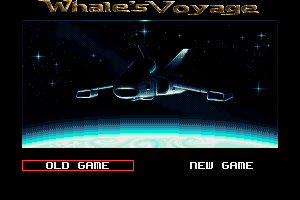 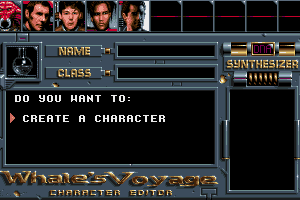 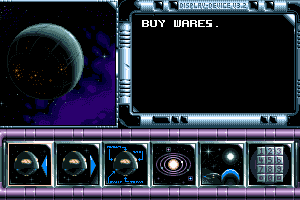 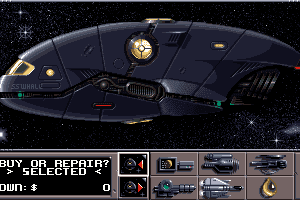 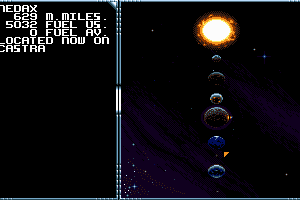 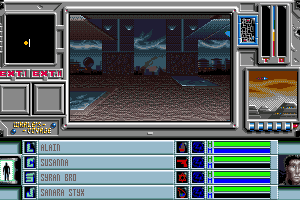 Hey, it's a RPG, with spaceships, with trading, with space-combat and you could run around on different planets… there is not one other title that satisfies all that today.

Utter Bilge has to be total idiot if he's not even able to google for instructions on how to play the game.
It's space trade, rpg, fight stuff, much more than Utter "Retarded Incest Bastard" Bilge comprehended. Disregard this little fuck and try the game.

What the hell are you meant to do?
Typical old 90's dross with no tutorials, no manual no nothing. All you do is wander a dungeon master style 3D square by square environment endlessly. And comparing the graphics of Dungeon Master 2 to THIS..... both had the same style of environment, both 1995..... but THIS in comparison. What a joke! Utterly ABYSMAL. Avoid!

Share your gamer memories, help others to run the game or comment anything you'd like. If you have trouble to run Whale's Voyage, read the abandonware guide first!