Whizz is a colorful isometric platform game that lives up to Flair's usual graphics standards, although unfortunately lacking in playability.

You are Whizz, a cartoon rabbit who must quickly negotiate network of platforms and obstacles to finish a race in the allotted time. Your path is not a rosy one, of course-- it teems with deadly enemies and numerous traps. Controlling Whizz is a simple affair - press one key to jump, and another to spin attack the enemies. There are three levels of difficulty, but even the easiest level is quite difficult, especially since you must complete several races before reaching a "password save point." This console-game feature may put PC gamers off, although fortunately the races are not so difficult that anyone would give up replaying several times. The game is definitely geared towards the younger crowd, or at least anyone partial to "cutesy" characters. If you do nothing for a while, Whizz will begin juggling colored balls, roll a die and throwing playing cards towards the camera. Which is not to say that the game is for kids, though-- the combination of reflexes and quick thinking is quite demanding. On screen, you have an hourglass timer and clock countdown, number of remaining lives, a small toadstool that represents your life and your game score. To increase your score, you must run over various pick-ups and jump on buttons to launch rockets. There are also a number of colored flags to collect, while your health may be replenished by spinning into enemies and munching the red toadstools that appear. Puzzle element in the game is present in the form of immovable objects such as solid brick walls, glass doors, and wooden fences. To break these down to proceed, you must seek out the relevant magic icon that will allow you to smash through these barriers. Completion of a level within the allowed time limit moves you onto a new course, with more hazards and-- of course-- a tighter time schedule. Despite colorful graphics and intriguing puzzle/action concept, Whizz is ultimately disappointing due to its very restrictive control scheme. You can only move in four directions, i.e. in straight lines. If you come to a corner, you must go a little further forward, then take a 90ฐ turn. Simply turning around just is not possible in the game. If you don't hit the 'gap' perfectly, you must go a little further still until you reach the next accessible 'slot'. Very frustrating. In contrast to ingenious puzzle games such as Chip's Challenge or Deadly Rooms of Death, Whizz's level design is quite poor. Objects in each level feel as though they have just been thrown down onto the play area, without sense or purpose. Sometimes you'd pass a level seemingly by sheer luck, by just blindly running headlong down the path, avoiding enemies. When a game boasts of being a "puzzle" game, this is certainly not a good sign.

Overall, Whizz's appeal is only skin deep. Once the "wow" effect of bright graphics wears off, we are left with a mediocre action/puzzle game that might appeal to the action crowd, but without any ingenuity or long-term play value. 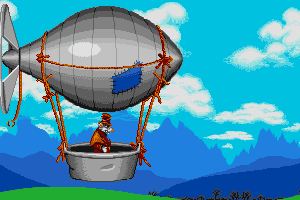 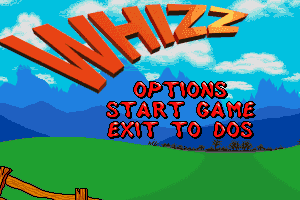 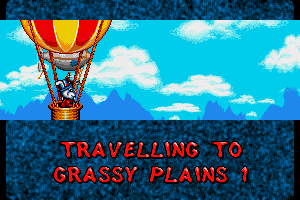 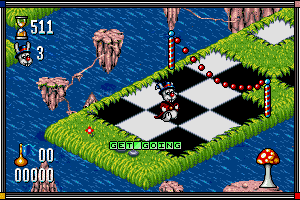 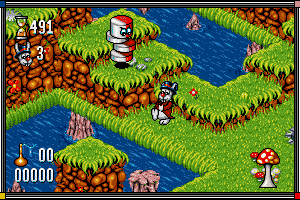 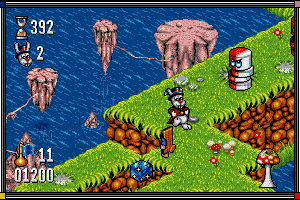 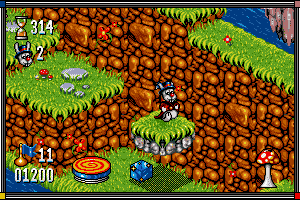 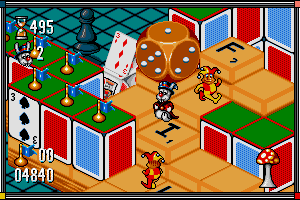 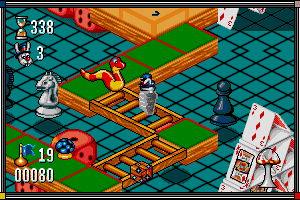 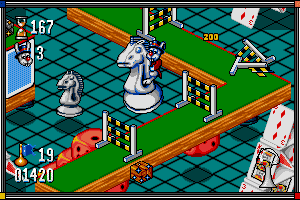 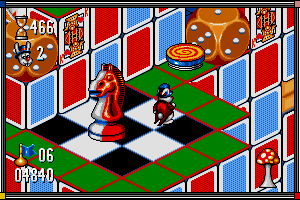 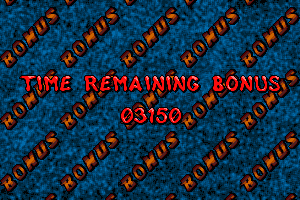 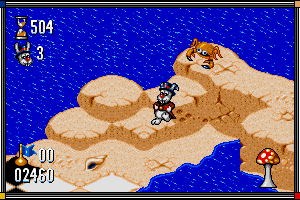 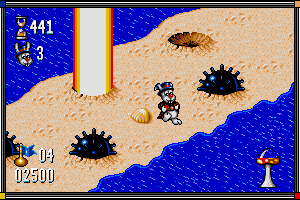 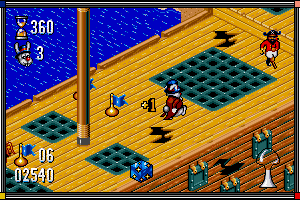 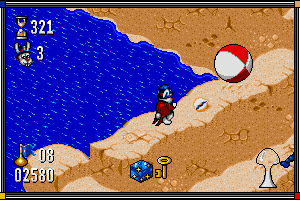 There are also console version of this

Share your gamer memories, help others to run the game or comment anything you'd like. If you have trouble to run Whizz, read the abandonware guide first!