X-Men II: The Fall of the Mutants 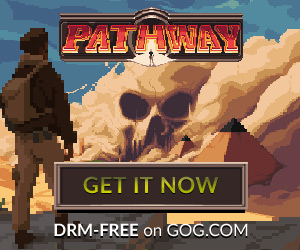 Description of X-Men II: The Fall of the Mutants

A good action/strategy blend, the RPG-style top-down view in this game is replaced by a side-scrolling view when combat starts.

Many strategic elements are still present (choose a hero to disarm traps, etc.), but they pale in comparison to the fun arcade mode where you get to use cool X-men powers. The game is also highly replayable, since new mazes can be generated, and you can pick 5 heroes for any session from a pool of 25. Plus, you can download the scenario editor below to create your own scenarios.

The bottom line: if you are fan of the X-Men, or crave a well-balanced superhero RPG/action hybrid, X-Men 2 is a must-have. Two thumbs up!

How do you select options on the title screen and pre-game menus? I see no highlight, and it SEEMS like typing the first letter of the selection selects it on the title screen, but then that doesn't work on the first menu after selecting characters (which I was able to do just fine).

Forgot one. Side Combat: Turn around Keypad Enter and also Keypad 5

Also I found these other features through the net and experimenting.
In side combat press "enter" to turn around

***Diagonal movement can be useful during occasions where there is an open spot diagonally from your group, who are walled in. You can move to that diagonal spot and keep moving onward.

****If an object, a tree branch or truck for instance, blocks further movement, making a flying character(Rogue, Phoenix, Marvel Girl[Jean Grey], or Archangel) the leader will allow the whole group to pass through it.

Round combat:
First letter of each command. Press an arrow or one of the diagonal movement keys to move or attack in that direction.
---
"You're my type baby...a woman!" - Larry - 3 Stooges - Three Arabian Nuts

Before the game:
First letter of each command to get through the first few screens
F2 - cuts off the music at the title screen
Enter - gets through the beginning screens by selecting all the default(red) settings,cuts off the Uatu screen, and selects characters
1,2, or 3 - picks a stage after character select

* When this is turned on, and the following are made leaders, the following effect occurs:
Shadowcat - can walk through walls(starts losing energy and then health the longer the trek through the wall)
Nightcrawler - can teleport to the other side of a wall(again, depending on the size of said wall, loses power and health)
Phoenix, Colossus, Cyclops & Havok - breaks walls, but only if it's an outside edge, and not next to a piece already broken.

As a further side note Shadowcat and Nightcrawler may start to take the others down with them.

**Guessing most would figure out what side combat is, since you default on it. If not(such as accidentally pressing spacebar before your first battle), side combat is side view action. Round combat is a turn based form of combat that makes use of character portraits moving around a 6x3 grid.

Share your gamer memories, help others to run the game or comment anything you'd like. If you have trouble to run X-Men II: The Fall of the Mutants, read the abandonware guide first!