Imagine a game where the players play for the love of the game, not the money. A game where multi-million dollar contracts are unknown. A game where everyone gets to play. Imagine a game just like it was with the youthful innocence of a child. This, my friends, is Backyard Baseball. Backyard Baseball takes you back to when you were a kid, when baseball was a game, and the team was hastily put together among the kids in the neighborhood.

Humongous Entertainment reached back into the past and captured all those childhood memories of baseball and digitally assembled them into this game. All the details that make the memories real are here - from the kids taunting the pitcher to the child with the asthma inhaler. Do you remember picking teams, taking turns picking from the best players until only the bad players were left? Do you remember picking someone's little brother because his big brother was a good player? It's all here. Nothing was left out.

Players choose from fields such as the sandlot, the urban parking lot, and the rich kid's backyard. Pitchers throw crazy pitches such as the "Elevator" and the "Crazy Ball." Background ambient noises and the taunting by the opposing team add to the rich atmosphere that you can almost smell.

Everything about this game is charming and cute.

Gameplay includes all the necessary elements. Pitchers choose the pitch as well as the placement. Hitters swing at the ball and can even see the strike zone. Fielding is accomplished by clicking where you want the ball thrown, and running is as simple as clicking in the direction you want the runner to advance. Everything is here, and everything is easy enough for kids. The pace is a little slow, but not too fast for children. Each batter has a distinct personality - from the boy who hops to the plate to the girl who says "my game is really tennis, anyway" when she strikes out. I was extremely impressed with all the details of each character.

I have a few complaints about the game. This game doesn't install any files to the hard disk - everything is run from the CD. For some reason, each swing of the bat causes the CD to be read. This makes the animation choppy and the mouse click to hit feels sluggish and unresponsive. While the game is playable with this problem, it makes hitting the ball a little difficult. Instead of getting better the more balls I hit, I never really improved. I think this is because I never was able to time when I hit the mouse button and the player started their swing. That little delay when it read from the CD just ruins the hand/eye coordination.

I tried copying the entire 270MB of CD data to the hard disk to see if that improved performance (note: this is not an option in the install menu, I just copied it by dragging the contents of the CD into a new folder on my hard disk.) It did speed up the game somewhat, but the batting problem didn't improve significantly.

I also encountered one bug: I hit a ball that bounced infield, then over the fence for what should have been a double. The announcer even stated this was a double, but the runner advanced only to first.

This game is terrific and has all the elements of a Gold Medal winner. But I can't do it. The delay in clicking the mouse and the batter swinging the ball just ruins it for me. I still like the game a lot and highly recommend it, but a Gold Medal is for games without such evident flaws. I guess I'm mad because this should have been corrected. Even a little play testing would have shown that this was a problem. Instead, we are left with what could have been a "Game of the Year," but instead fails to deliver on one very important game element.

This is still an outstanding game and I recommend it strongly. 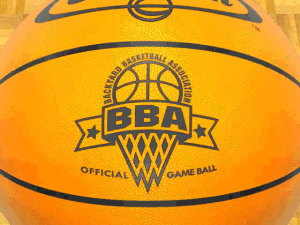 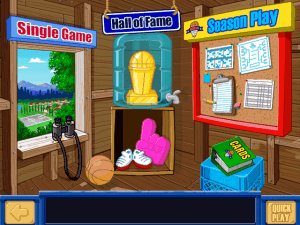 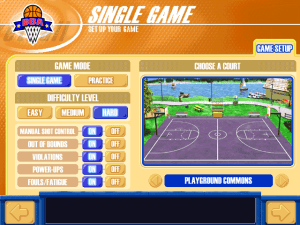 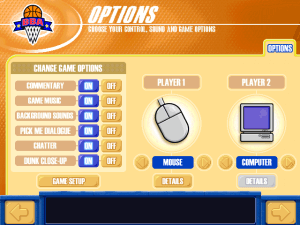 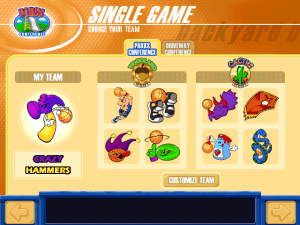 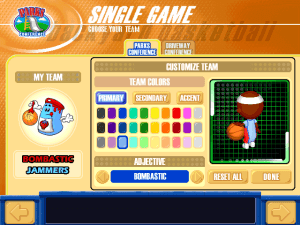 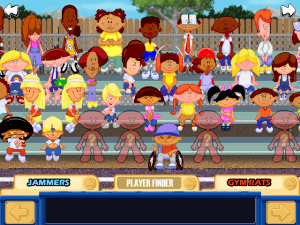 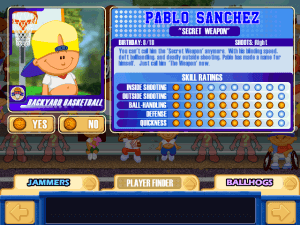 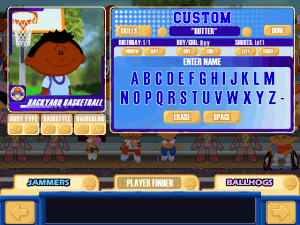 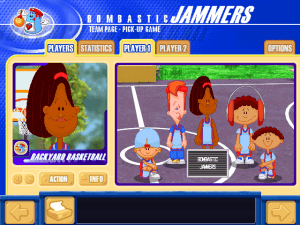 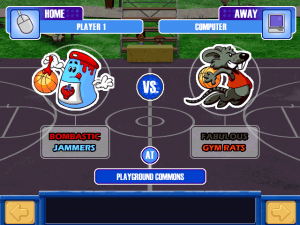 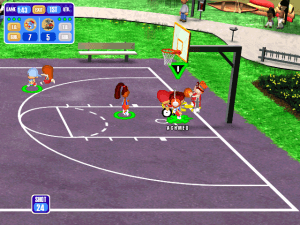 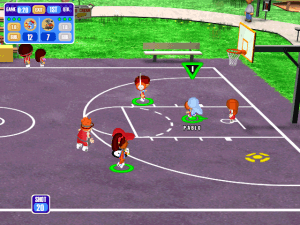 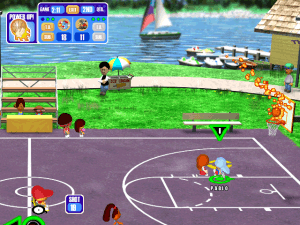 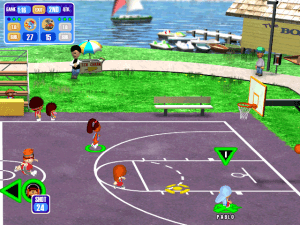 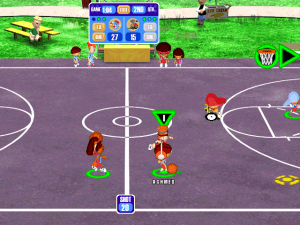 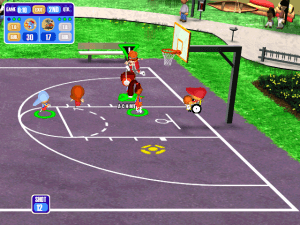 The game works pretty well. It is a bundle that comes with football, but I only used the basketball game and I've been fine on season mode and single games. I'm using WinCDEmu to run it, and used the compact installation if that helps.

This game works pretty well if you just run it from the game file, not with Scummvm or dosbox

Just like GOPPY and TOONE said before me, game doesn't work (crashes when trying to save the coach.) Plus, it's heavy because it's a Basquetball+Football bundle. Don't waste your time!

game is broken. This game seems to be broken. Can not start a season mode game and no players appear on the court when i do single player.

This game seems to be broken. Can not start a season mode game plus once a quick game is started no players appear on the court.

Share your gamer memories, help others to run the game or comment anything you'd like. If you have trouble to run Backyard Basketball (Windows), read the abandonware guide first! 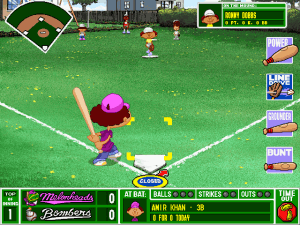 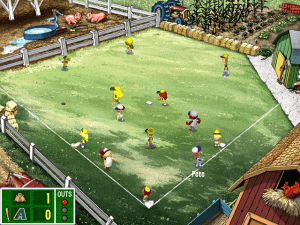 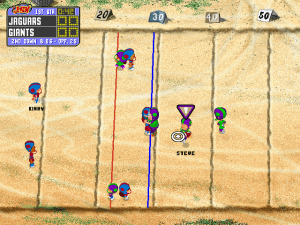 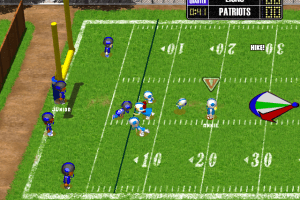 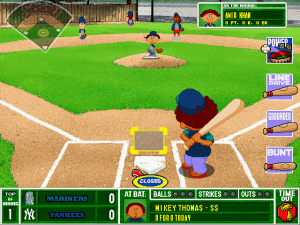 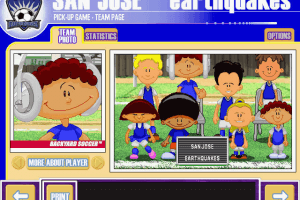