Description of Beats of Rage

One of the best beat 'em up games I have ever played, bar none, Beats of Rage is a superb fanmade tribute to Streets of Rage, SEGA's classic coin-op game that was never released on PC.

The game also showcases superb character sprites of SNK's King of Fighters 2002 game, as well as fluid animations and superb gameplay balance - all the three characters you can play as has his her own strengths and weaknesses. This Scrollboss review says it all in great detail about this must-have for every beat 'em up fan: "What began as a tribute to both the Streets of Rage and King of Fighters series evolved into one of the most interesting moddable games since MUGEN. The original Beats of Rage game stands on it's own two feet quite well and reminds us all why we love to walk down the street and beat the crap out of bad people. It's a familiar story that you've played before, but you wanted to play again: Mr. Y is a crimelord who has a stranglehold over the city and it's up to Max, Mandy and Kula to end his reign of terror. Sure, the story may not be original, but as you should be able to tell from the name, it's a homage to the Streets of Rage series. That's the whole point. What sets this apart from other home-brew homage games is that it also pays tribute to the incredible craftsmanship of SNK's King of Fighters sprites. Take that combo and add some seriously fine programming from the Senile crew and what you have is a very fun and challenging game. This game plays almost like Streets of Rage 2. You have an attack button that you tap a few times to execute a combo, a 'special' button which activates a life-draining special attack and you can press Forward-Forward+Attack button for a super move that doesn't take energy, but isn't as strong as the life-draining special. The grappling is more like Final Fight: you can grab an opponent and either throw them or attack them some more. And like both Final Fight and Streets of Rage, you can either perform regular jumping attacks or jump then press DOWN+ATTACK to stun your opponent before you land and deliver more damage. Best of all, the SoR ability to land on your feet when thrown by pressing UP+JUMP is here (and you're going to need it). The characters are very well balanced (even more than some commercial games) and have their own unique quirks. The enemies in the game are a mix of villains and heroes from the SNK games, but in new roles. Much like the heroes, each enemy has their own way of dealing with you. While some are very simple and will just try to punch or uppercut you, others are great at catching you off-guard and throwing you. You even have to put up with motorcycle riders who try to run you down. Of course, a game like this has to have a great selection of bosses. Well, it does. In fact, most of them work so well as stage bosses that you'll wonder why SNK never thought of trying this themselves. And like any good side-scroller, there are great themes and in-jokes with the enemy names. Be careful though... because just like many of the Bosses in Streets of Rage, they'll make you pay if you grab them and don't throw them fast enough.

SNK may have made the sprites in this game, but the Senile team did a great job on the background parts that they made for the game. They're full of nice, subtle touches that are impressive. Of course, you'll find a homage or two in the backgrounds as well. The compression format slightly muffles the sound, the BGM still gives you some great tunes to combat to. The game is just very slick all around." 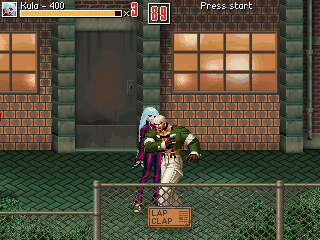 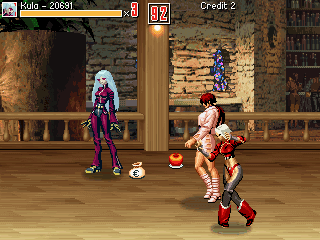 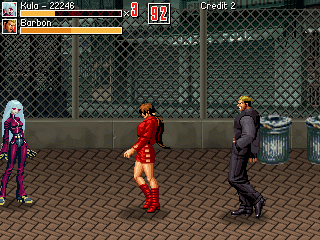 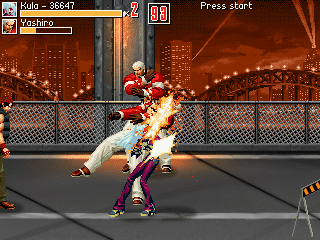 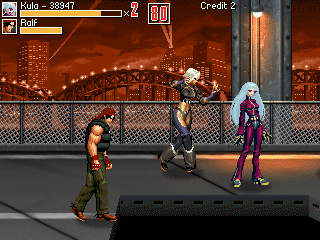 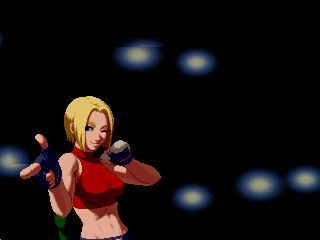 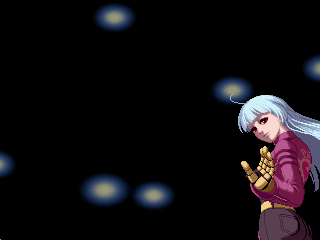 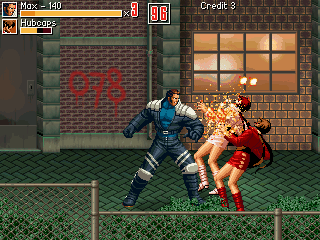 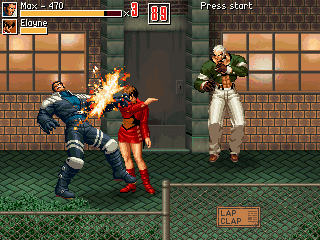 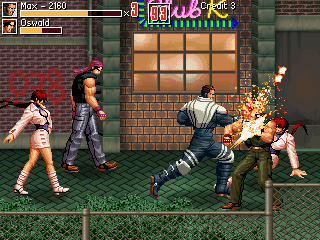 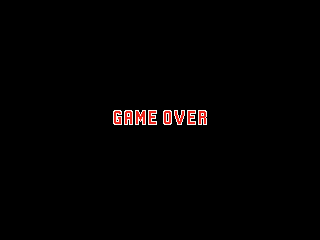 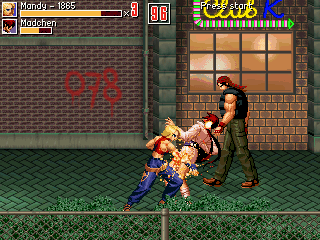 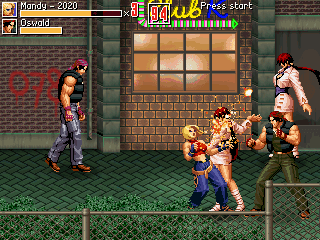 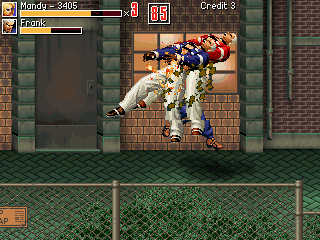 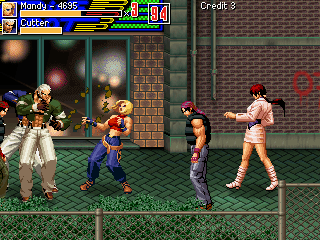 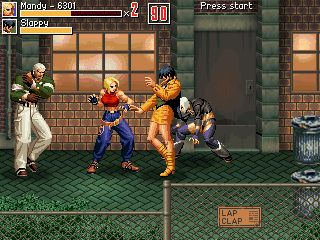 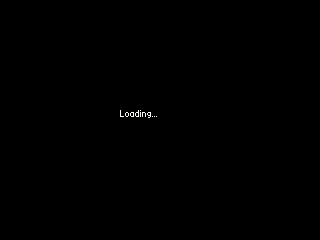 Share your gamer memories, help others to run the game or comment anything you'd like. If you have trouble to run Beats of Rage, read the abandonware guide first! 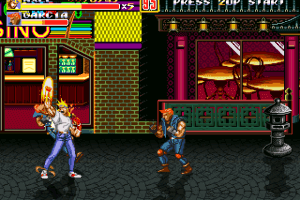 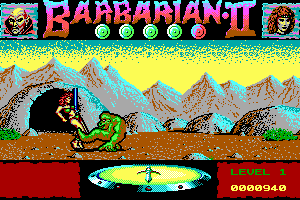 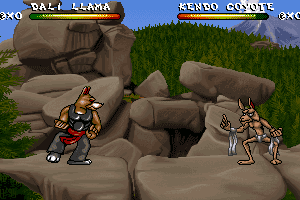