Description of Blood II: The Chosen

Blood 2 is a fun sequel to Blood, a cult classic FPS from Monolith.

Instead of the Build engine used in Blood, Blood 2 designers opted this time to use the enhanced version of Monolith's in-house LithTech engine. Your protagonist, Caleb, is back to fight the CABAL, an evil cult that worships the Dark God Tchernobog.

BLood 2 is essentially bigger and better Blood. There are more weapons, enemies, and levels than in the previous game. The level design, one of the highlights of Blood, is even better in this game: in the first episode alone, you will travel from a museum to a huge science facility, to dark city alleys, and finally to a futuristic flying machine. Caleb's funny and witty one-liners are back, and the soundtrack is even better than in the original game.

As in the first game, Blood 2 offers a lot secret passages and other pleasant surprises. You can also choose not to control Caleb but some other protagonist who is among "the Chosen." Each of the Chosen has a different weapon specialty and comes with their own set of taunts. But you will see the mini-movies and hints during the game only if you play as Caleb. The graphics are also much better and clearer drawn than Blood. Instead of blurry, dull palette, you see vivid environments brought to life in SVGA, with plenty of detail.

When all is said and done, though, the game itself doesn't feel as fun as Blood. Perhaps it is because a lot of so-campy-it's-funny elements have been replaced with a more ominous plot and more threatening monsters. But Blood 2 still remains very entertaining and highly replayable, especially with fun multiplayer levels and a full map/level editor.

Best of all, Monolith has released the source code and other nifty tools for the game into the public domain, so if you want to try making your own FPS, check out the official site.

why is this not a free download? I'm not buying it from steam or gog. How rude.

I was having trouble starting the core game to start, as it wanted the disc inserted (but the Nightmares addon would work fine). I found this easy workaround.

"It is also possible to play Blood II without the CD, and not with the use of potentially illegal no-CD patches which are also available on the Internet. Load the Blood II menu, select the multiplayer options and start a BloodBath game. Then just press "ESC" to access the menu from which you can start a single-player game."
(https://blood-wiki.org/index.php/Bugs_in_Blood_II)

Thank you much for this awesome game ! it's good to retrieve it :)
works on Win 7 and 10 (sometimes littles gfx problems but nothing really serious, the game runs correctly).
Great work !

The original was way better in my opinion, both good games, but the original looked better, took up less space, and was a lot less of a mindless shooter

I played this once, found it to be a very GENEREIC 1st person shooter.
(tastes great less filling) well...maybe the taste isn't that great, very dated looking
graphics, same old same old run through each level and shoot all the bad guys.
don't get me wrong it's ok but if I am going to play something like a 1st person shoot anything that moves game, then I prefer the classics like DARK FORCES, DUKE3D, RISE OF THE TRIAD, DOOM2, HERETIC and HEXEN.
I just enjoy those mindless shooters more.
super...something...something

does this work on windows 7

i downloaded this once and had very bad technical issues with it.

Blood II: The Chosen is available for a small price on the following websites, and is no longer abandonware. GOG.com provides the best release and does not include DRM, please buy from them! You can read our online store guide .

Buy on GOGBuy on Steam

Some of these file may not be included in the game stores. For Blood II: The Chosen, we have the following files: 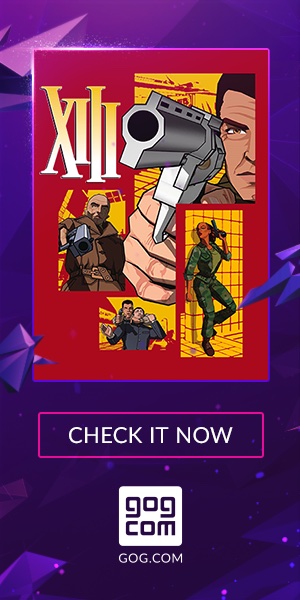