Possibly the best instructional chess game ever made, Bobby Fischer Teaches Chess is based on the excellent book of the same name (no relation to the film Searching for Bobby Fischer).

For those who are not in the know, Bobby Fischer is to chess what Michael Jordan is to basketball. Winner of the United States Chess Championship by age 14 (the youngest player ever to do so), International Grandmaster the following year, and the first American to win the coveted World Chess championship, Fischer is reputed to be the strongest player the world has ever seen.

With excellent tutorials and a challenging AI, BFTC will appeal both to children who are learning the game, as well as intermediate-level players who want to improve their skills. While not as animation-rich as Interplay’s Battle Chess 4000 which were released during the same period, BFTC nevertheless has a lot to recommend it. Among the game’s highlights are the 300 self-paced, interactive lessons developed with Fischer’s help. The lessons explain the rules of the game; the elements of checkmate; back-rank mates, defenses, and variations; displacing defenders; and attacks on enemy pawn covers. All strategies are based on Fischer’s insights.

The illustrated chess lessons are sequenced, building on moves and principles learned previously. The program grades your progress by evaluating your answers to questions based on course content. Unfortunately, an incorrect answer may elicit a humiliating round of laughter instead of a simple, “No, try again.” As an added bonus (missing in the CD-rip version), the game includes a digitized version of Fred Wilson’s “Picture History of Chess,” a great book that provides more than 300 photographs and commentaries describing important events in the game’s history. Unfortunately, the text isn’t hyperlinked or cross-indexed. There are also no search, bookmark, or print options.

The game proper lets you play against the computer at 10 levels of play (with or without a timer). You can also watch the computer compete against itself. Features common to chess games are all here, including hint and undo move. A neat feature is the “Show Book Moves” option, which tells the game’s chess engine tries to play a series of predefined moves at the beginning of each new game. Although the board is presented in bland 2D graphics, it is more than adequate. While you cannot play against another human, you can set up the board to play any legal position so you can solve particular chess problems or test different endgame positions.

An optional “Author Mode” lets teachers or chess coaches create custom lessons and chess tutorials. Last but not least, players can study 570 Fischer matches by watching each game replayed in 2-D or 3-D mode. You can manually control contest playback (move by move) or choose the Animate Game option to watch moves made automatically.

In summary, BFTC has a plethora of excellent tutorial options that make it ideal for a novice or intermediate player. It won’t develop your chess-playing skills overnight, but if you are interested in learning how a chess master thinks, BFTC teaches you effectively how to analyze chess problems and strategies to the point where you can really improve your skills. 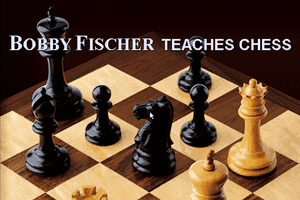 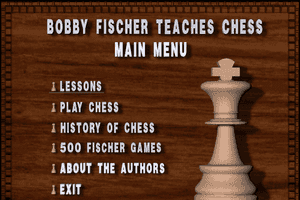 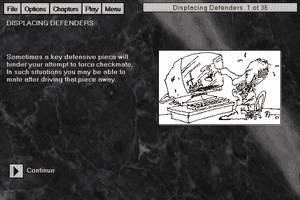 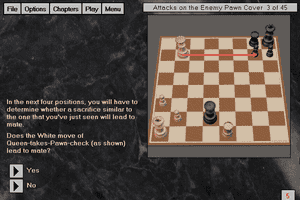 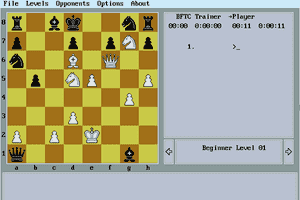 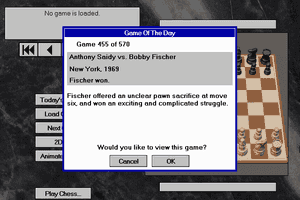 Fischer actually strongly objectected to the game because it was made by thoose who co wrote bobby fischer teaches chess the book and they had the copywrite for the name,

The HOtUD review does not lie: This really is an awesome package!

First: The titular Fischer book, although originally released in 1972, is still considered a cornerstone of learning the tactics needed to master the game. It focuses on mating attacks, and gradually builds up the complexity from the simplest mates to more complex attacks. These are crucial skills for beginners to learn, but for intermediate players it is also important to keep rehearsing these skills until you got them down pat. Don't believe me? Check out the books reviews on Amazon, or what books prolific teachers like Dan Heisman recommends to sub-master players to improve their chess. As for this adaptation, it really does add to the book. Instead of just being presented the different positions in a book, you can interactively try out your moves, and get feedback on why a particular move is wrong for one puzzle. So basically, if you want to learn how to win a game of chess and/or fine tune your tactics, this is as good as any.

Also included is a program for playing chess against. This program is Chess Genius, by Richard Lang. This program comes with its own rich heritage. In 1994 this program was the first computer program to beat world champion Gary Kasparov at rapid time controls. Luckily you can tune down the skill level to suit your own, but if you want a challenge you can rest assured that this program on a Pentium based computer is strong enough to handle a world champion; It can most certainly handle you. I'd also like to mention that Chess Genius has later been adapted to almost every conceivable portable computer platform, so if you like you can download it on your mobile phone today. I have used it on Palm, Windows Mobile 6, Symbian S60, iOS and Android, and it really is a wonderful and versatile chess program for just playing some chess, but it also has great PGN support so you can have your own database in your pocket for entering your games, finding someone elses games, or have a set of positions for drilling.

Also included is an adaptation of Fred Wilsons book "Picture History of Chess". If you are interested in the history of chess, this really is a who's who of almost every notable chess player up to the 70s and Karpov. It is brim full of pictures. The adaptation does not add any interactivity in the way BFTC itself does, it simply presents pages and pictures on the screen and lets you browse back and forth. In fact, I chose to simply screenshot every single page and upload them to my tablet, and just spent a sunday reading the entire thing. Reading it on the screen works very well. Some of the pictures are somewhat unclear, but this is probably more due to the age of the pictures themselves than for the technical limits this software is running under. I also miss a bookmark-feature, which is present in the BFTC-section, but not the History of Chess book. But the sheer volume of information here is just great. Other packages, like Chessmaster, also likes to include some history of chess, but this is usually limited to some pages with a quick lineup of the champions through time. This thing is literally hundres of pages, and well worth a read. Again; See Amazon for a further overview of what this book is.

Finally there is a collection of more than 500 of Bobbys games. I particularly like the way you can get a random game to go through for each day. The games does not seem to contain any annotation, just a short overview of each game, so if you want something with comments you are probably better of with something like the Chessmaster series, which contain a library of commented games. But if you simply want some GM games you can analyze on your own, a skill which is also considered a staple for any improving chess player, you can go far worse than the choice of games presented here.

The whole thing runs in DOS, in an uncluttered display, and with a top level menu to get to the different parts. The board display is clear and easily readable. The ubiquitous Chessmaster series does a better job at integrating its different parts; Here you can clearly see that the BFTC book section and the Chess Genius chess program are totally separate programs simply from the way they look, but this is simply a cosmetic problem. Everything works in its own right, and everything is good at what it does.

All in all this really is a great package for any chess lover. And I don't mean that in a "good for 1994"-way, or a "milestone in the development of computer chess"-way; If you have a love for chess, and you are capable of running an old piece of software in an emulator like DOSbox (the latter should not be a problem if you are a frequent visitor to this site) then this program is a worthwile addition to your collection. The only way I could see this deal sweetened is if it also included the annotations from Fischers "My 60 Memorable Games" book.

I think No one is master in anything. I think Partice a way to success anything if you love with practice then you gain success.

Wasn't Bobby Fischer pretty much persona non grata in 1994, though?

Share your gamer memories, help others to run the game or comment anything you'd like. If you have trouble to run Bobby Fischer Teaches Chess, read the abandonware guide first! 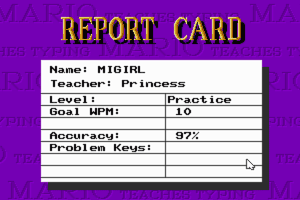 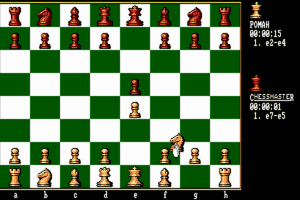 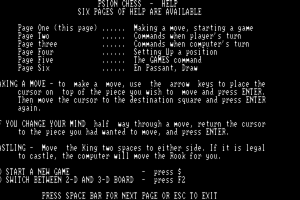 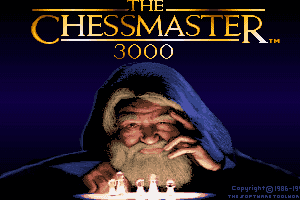