Dark Vengeance is a decent action/adventure that tries to breath new life into the hybrid genre invented by Tomb Raider, but ultimately falls short of its ambitious goal due to awkward controls and some illogical puzzles.

The plot is standard fantasy fare: an evil empire has arisen from the dead, and it's up to you to single-handedly save the world. However, Dark Vengeance sets itself apart by offering you the choice to play as one of three characters, each of whom has personal motivations for taking on the Dark Elves. The motivations differ as radically as the combat styles for each character, and the 18 levels are divided so that each character runs the game at a different pace, with a few levels being specific to each character.

Similar to Sierra's Quest for Glory series, you can play as Nanoc the Gladiator, Jetrel the Warlock, or Kite the Trickster. Unlike Tomb Raider, combat in Dark Vengeance is more complicated: your character can perform a wide variety of moves. Your character can have up to 9 different weapons, each with its own special damage and unique abilities, which require rune stones to activate. For each weapon your character has, there are three different types of attack.

Unfortunately, the controls are far from intuitive: many moves require you to hold down one key, and then press another at the same time. Fortunately, you can assign single keys to these keyboard combos, although that does not solve the problem of jerky movements and your character sometimes getting 'stuck' in invisible walls.

Similar to Ecstatica, the game's automatic camera angle and third-person perspective make combat frustrating sometimes, especially when your character blocks your view of the enemies. But to alleviate this problem, you can hold down the attack key to activate the targeting icon, and also move the camera farther away from the action.

Despite the game's good graphics and diverse playing styles, there are many little nitpicks that keep Dark Vengeance away from being addictive. Since your melee attacks take such a long time to coordinate, if you press an attack key several times, your character can be stuck attacking long after there are no enemies present. The most peculiar thing happens when you die, restart your game, and your character is still swinging from the combat sequence you started before you died. Also, your characters oddly cannot swim in this game. There are also numerous quirks, such as the fact that sometimes I can jump on top of an enemy and having them stand on top of me! I also often find myself stuck in a wall, a statue, or even a barrel. Last but not least, there are often too few clues about what you are supposed to be doing. Like Tomb Raider, most of the game's "puzzles" involve finding the right key or lever to open the right door, but I sometimes manage to do that without knowing exactly how.

All in all, I really wanted to give Dark Vengeance a Top Dog award. It is an ambitious and diverse game that boasts good replay value. Unfortunately, there are too many little bugs and quirks. If you are looking for a more sophisticated game than Tomb Raider but in the same vein, check out Interplay's superb Die by the Sword instead. 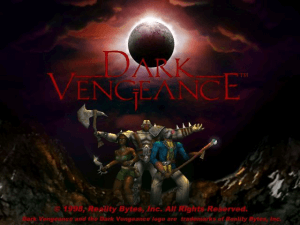 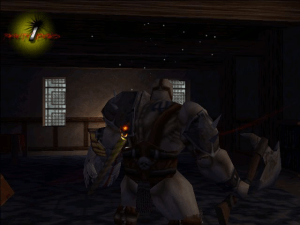 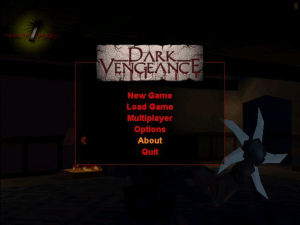 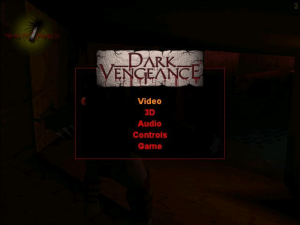 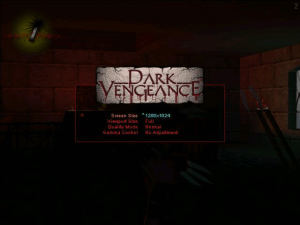 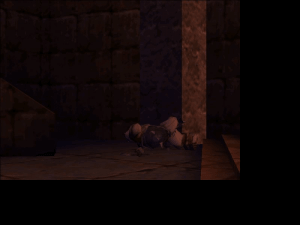 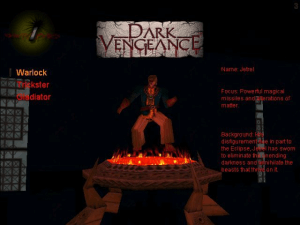 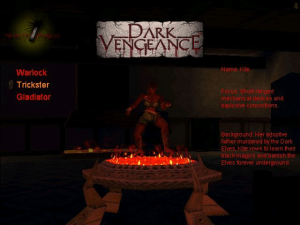 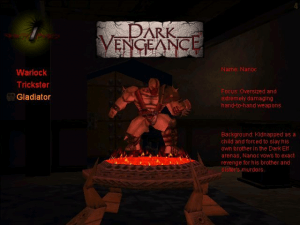 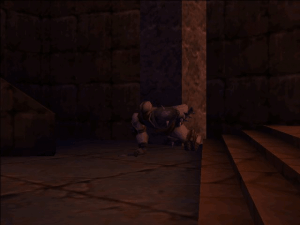 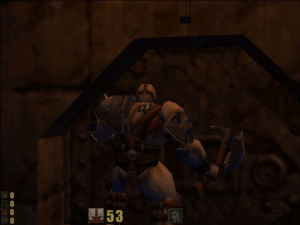 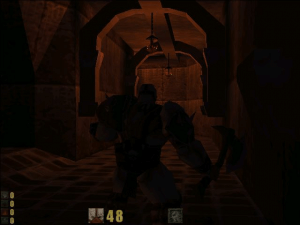 Word of advice: for that tool to work, you have to put it's custom Direct3D or Glide DLL files (the one that's actually for the renderer the game uses) on the game's root folder for it to be used when the game runs.

Due to the DLL nature and the program emulating a graphics card that's compatible for the game, it's obvious that you're gonna get alerts on your antivirus software, but rest assured, it's 100% safe, to the point GOG uses this tool too for creating custom DLLs to get Glide games running smoothly. Don't forget to add DGVoodoo2 to the exclusions list in case your AV is too delete-friendly

My grapshics card is not recognized by the game!What can i do to fix this!

Share your gamer memories, help others to run the game or comment anything you'd like. If you have trouble to run Dark Vengeance (Windows), read the abandonware guide first! 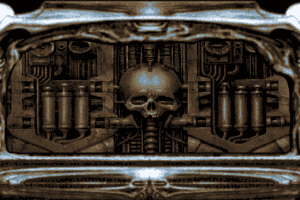 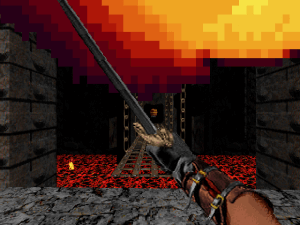