A precursor of Bethesda's much later X-Car Experimental Racing, Delta V is an example of a game designed to take advantage of industry capabilities rather than being too concerned with presenting a satisfying, intelligent gaming experience.

In order to fully appreciate the performance of the game when it was released in 1993, you had to have a fast, leading-edge computer to enjoy the arcade flight sequences and it seems as if that?s what the designers had in mind. And therein lies the rub: Delta V designers focused too much on "pushing the envelope" of technology that they forgot the most impotant element: gameplay.

The premise is decent, although a thinly disguised attempt at intrigue set in the 24th century. In this cyberpunk world, you are a "netrunner," meaning that what you do for a living is to cruise the virtual reality world where mega-conglomerates battle each other for world supremacy through accumulation and exploitation of data. As the game starts, you are being blackmailed into working for the Black Sun corporation, and must run the dangerous pathways of the vast Global Internet (literally transformed into a virtual environment where data and information are depicted as solid objects and mistakes can kill you), infiltrating competitor's heavily guarded systems, and defending Black Sun's database from intrusion by other netrunners like yourself. So far, so good.

Unfortunately, the action in Delta V is so repetitive that you will quickly lose interest in the plot. Although considered a flight simulation with adventure overtones, Delta V is basically an arcade game at heart that forces you to fly into innumerable trenches and battle the same endless enemies. Your Trace (the virtual flying machine you're in) rockets down the selected paths or trenches with options only for flying up or down or side to side. You can never turnaround so if you miss enemies or important objects you're destined to run it again, and again, and again. From a technical standpoint, though, the game is much prettier and advanced than most games of the period, with object shading and flashy effects.

In the end, Delta V is a bore-- definitely one of Bethesda's worst releases, a game that focuses far too much on visual and sound components that gameplay suffers as a result. The game's "extra" elements of upgrading your Trace fighter and earning credits help make it a bit more interesting, but not by much. Great graphics, poor gameplay-- not unlike many games today.

Added the fix made by Steven Henk Don, check his website www.shdon.com. 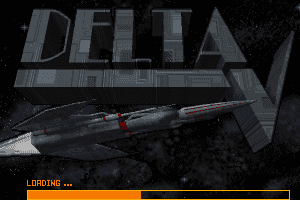 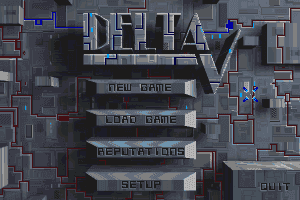 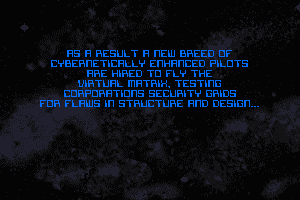 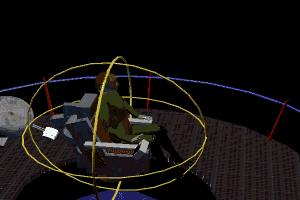 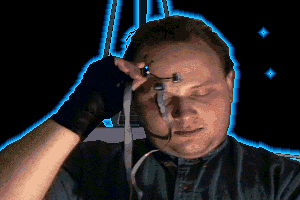 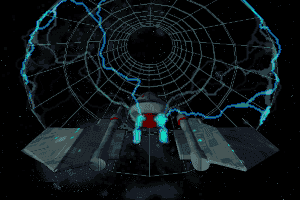 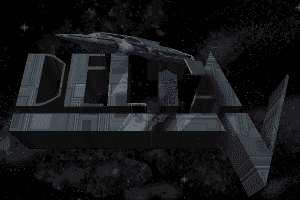 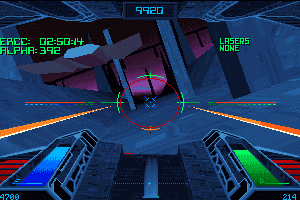 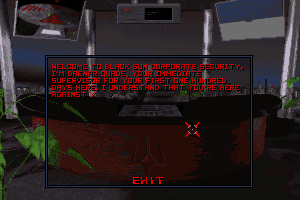 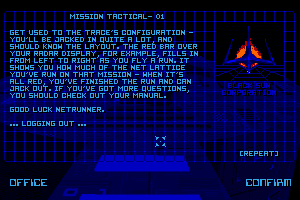 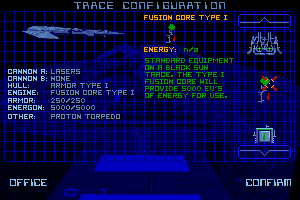 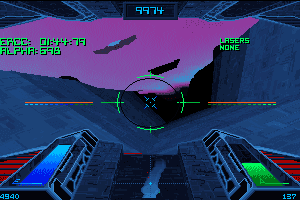 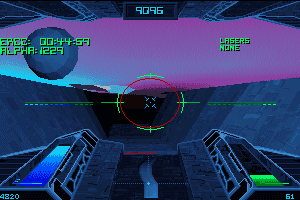 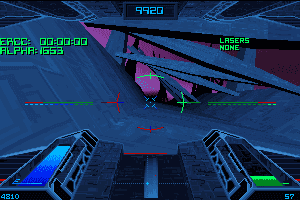 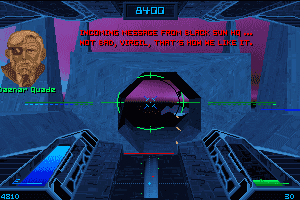 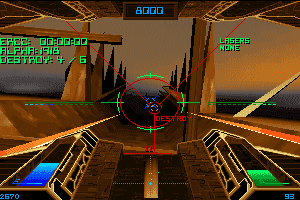 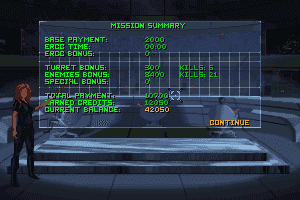 @iby
either you or the reviewer are not telling the truth, the reviewer said you need a state of the art computer , by the mid 90s that was a pentium , the opposite of what you had - 386

wow can't believe it - havnt seen this game since the 90's. I use to play it on a 386 computer and loved it, tough game almost got though it a few times. Glad you made it available been looking for this game forever so I can finally beat it lol!. Downloading! thanks a bunch!

Share your gamer memories, help others to run the game or comment anything you'd like. If you have trouble to run Delta V, read the abandonware guide first!