A great Arkanoid/Breakout clone from Geckosoft with a few nice twists to the familiar bounce-the-ball-to-destroy-the-blocks theme.

The highlights of Enigma are the sheer number of levels (over 150) and five interesting "subgames" that have nothing to do with the main game, but can yield bonus items such as extra lives. Basic gameplay is typical Arkanoid fare: the main screen consists of a wall of blocks at the top and a bat at the bottom. The score, level and pickup status are displayed along the bottom of the screen. Using the mouse, you must control the bat in order to prevent the ball from bouncing off the bottom of the screen. When the ball hits a normal block, the block will be destroyed and there is a chance that either a nasty or a bonus item will appear. After a certain number of levels, you will be able to collect a "subgame pickup," after which you will be taken to one of Enigma's five subgames, each one weirder than the last. When you collect the subgame pickup, the display will switch to the "betting screen" and then to a randomly selected subgame. You will be shown some simple instructions on how to play the game. I won't spoil the surprises, but suffice it to say that the subgames are a lot of fun to play, and provide a great diversion from the main action. With great graphics, intuitive controls, and cool subgames, Enigma is one of the better Arkanoid clones you will ever find. The game was first released as shareware, but here you can download the full registered version since Geckosoft has gone defunct years ago - and best of all, the authors released the game as freeware in 2005. Highly recommended! 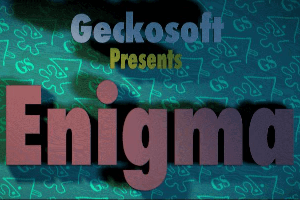 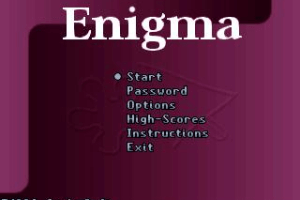 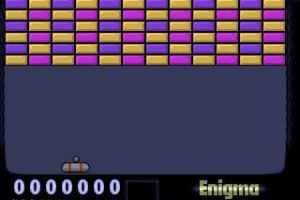 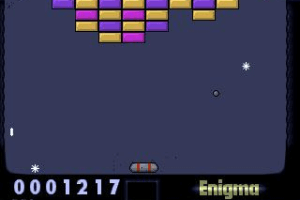 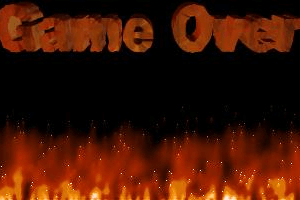 Share your gamer memories, help others to run the game or comment anything you'd like. If you have trouble to run Enigma (Windows 3.x), read the abandonware guide first! 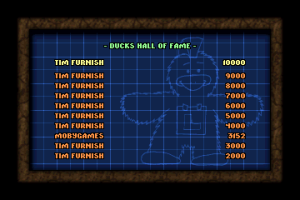 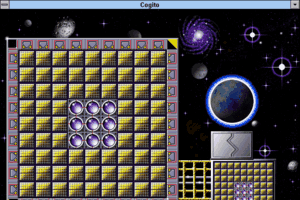 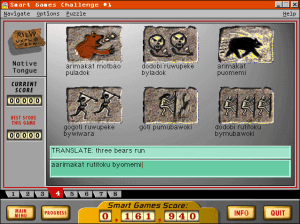 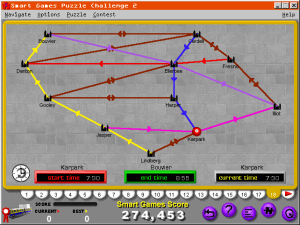 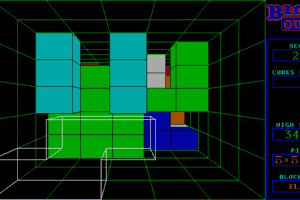