Evolution: The Game of Intelligent Life

Description of Evolution: The Game of Intelligent Life Windows

In my opinion the most "realistic" and fun strategy game ever made about scientific evolution, Evolution from Greg Costikyan is a unique, well-designed, and very well-balanced real-time strategy game that brings the concepts of evolution to gaming in such a way that makes the game both engaging and educational.

The premise: "More than 360 million years ago, life crawled out of the ocean. Yesterday, a hairless plains ape learned to talk and to make fire. In between, amphibians, dinosaurs, pterodactyls, mastodons and saber-tooth tigers came and went. Welcome to Evolution, where life evolves at breakneck speeds 30,000 years per second!

You are thrown into this evolutionary maelstrom. To survive, your creatures must fight ferociously and strategically to evolve into intelligent life. You battle up to five other players, attacking them, crowding them out of prime feeding ground and striving to grab key positions on the Tree of Life. As if your opponents aren't challenge enough, the Earth itself is in constant flux. Continents drift and collide, sea levels rise and fall, glaciers advance and retreat, comets and asteroids strike the earth, enormous volcanic eruptions spew lava in all directions, supernovae irradiate the world.

Can creatures thrive or will competitors and the elements wipe you out?"

Although it is similar to SimEarth and SimLife in many aspects, Evolution is fundamentally a different game because of its emphasis on strategy - and therefore probably the world's first program based on evolution to be qualified as a "game" (as opposed to Maxis' "software toys").

There is a pre-defined goal: be the "best" survivor in this historic world. You do this by accumulating score: similar to Civilization, the game ranks you using several criteria. These include size of population of your "clade" (i.e. your original species and all the species that descend from it), number of times your clade evolves a new species, and evolving the first intelligent species. Although you do not have to be the first to evolve the first intelligent species to win, it is much easier to win if you do because doing this gives you 50% point increase. This goal is easier said than done, since you have to deal with a myriad of natural disasters (including dramatic meteor showers and volcanic activities, to name but a few) in addition to opponents (which can be either computer- or human-controlled).

Crucial to your success is the decision on what species to evolve next. While there are more than 170 unique species available, only one player in the game can evolve into a specific species at a time, making it a real challenge to evolve those critical species before other players in the game beat you to it. Many in-game charts and graphs are indispensable to your strategy, as well as the complex and awe-inspiring "Tree of Life" that gives you exact breakdown of requirements for evolving species. The Tree of Life is a bit hard to read because the text and the lines are so small, but that is a minor gripe compared to the overall excellence of the game.

Similar to most real-time strategy games such, you control and manage all 'units' of your species directly. Battles are unavoidable, especially when someone beats you to a species that is critical for evolving into that intelligent race you are researching. True to history, while you are busy trying to survive, the environment constantly changes - tectonic plates and whole continents shift, resulting in dramatic changes in the survivability of your species. This requires you to constantly monitor the environment and adjust your strategy accordingly, making for an exciting and rewarding experience. I learned a lot more about evolution while playing this game than I ever did in school :)

The "bells and whistles" components are all up to par, and add to the experience. Graphics is very good - you can tell which species it is by its icon and animation. Discovering your species' characteristics and preferences is half the fun, and evolving them into new species is the other half. To round things off, up to six players can compete via serial modem, LAN, or the Internet.

Despite a major omission in the first release that saw the curious absence of "historical Earth" scenario, you can still download that from the game's official website at Discovery Channel among other places. When all is said and done, this is one of the few RTS games I played into 3-4 a.m. - and I never learned this much while playing Starcraft ;)

Highly recommended to RTS fans and anyone who is interested in evolution of life on Earth. 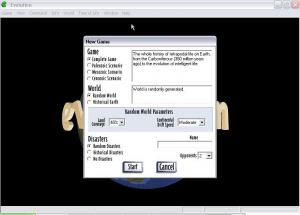 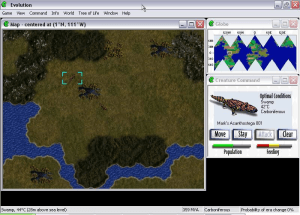 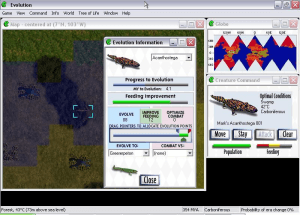 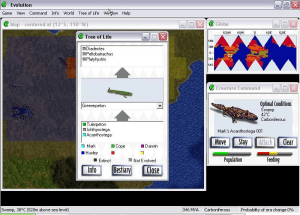 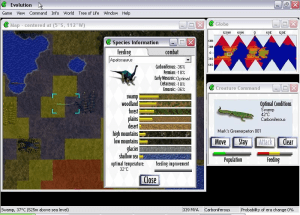 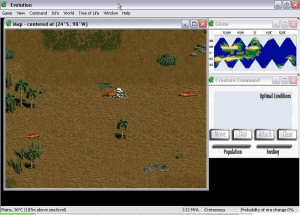 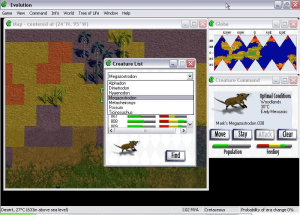 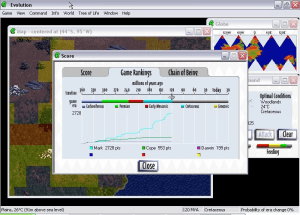 So I installed it but I have the next issue, every time the game loads it will show a mem bad handle error. Any way to fix this?

Is there any simple way to play this? I used to love this game but I have tried stuff such as DosBox and still no luck.

@Tom Brady: should be incorporated in the 1.2 patch

So does anyone know where to get the file to play the historical earth setup?
I can’t find the discovery website the reviewer talks about to download it. If anyone has a copy I’d love to get it.
Thanks for any info

ok so before you even start to download a pre-2001 windows game grab VMware for free learn how it works, search for windows ME VMware image get it working to your liking (install guest additions etc) this set up should be able to play dos games etc, but dos box is still better than running dos games on windows, that is a whole other monster you should google, but most of the games I've found on here post dos pre XP run great on ME (its ME so its not as stable as NT but i chose it because its running on a DOS compatibility layer like Windows9x)

To all those who have issues running this game, Windows 95 games can be run but you probably need a virtual machin for it.

Wow they are really helping to fix or issues... Hey if a game dosnt even work dont freaking post it.

The Disc image file is corrupted

i cant install the game cause "Evolution requires Windows 95" and mi computer has Windows 7. How can i run it?

How the heck I can play it on windows 10? every single time i try to make a new game it crashes.

I downloaded and unzipped the files, but when I try to run the game it says I need the Evolution disc in my disc drive. Windows 10. What should I do?

I'm pretty sure I got it to work not much more than a year ago, but now I can't get it to work. Windows 10. Tried all kinds of compatibility settings. Someone got it to work and want's to share?

After some fiddling and optimizing I was able to get this to work on windows 8, however the game itself is very challenging and not very easy to understand without some sort of digital manual

Share your gamer memories, help others to run the game or comment anything you'd like. If you have trouble to run Evolution: The Game of Intelligent Life (Windows), read the abandonware guide first! 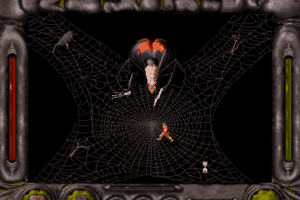 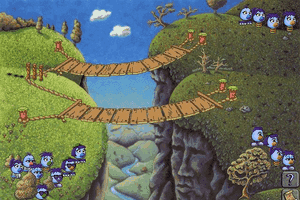