Galactic Adventures is a video game published in 1983 on Apple II by Strategic Simulations, Inc.. It's a role-playing (rpg) and strategy game, set in a sci-fi / futuristic theme. 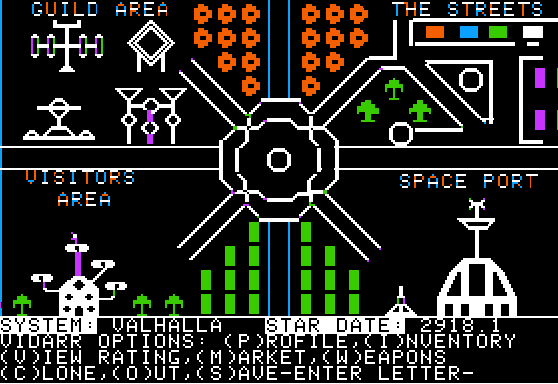 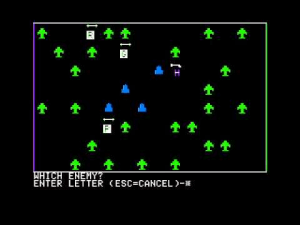 This is a good game! They had it out on atari 800 But the Apple version is the best version!

Its kinda like D&D in space. You play a random person or alien you expore unknown worlds, there's strategic combat and so on,

Its the sequel to Galactic Gladiators BTW. Very very Good! And you can make your own adventures and maps on this thing too!

Keep in mind there is a lot of grinding to do. Some of the adventures it comes with are very very tough!

Share your gamer memories, help others to run the game or comment anything you'd like. If you have trouble to run Galactic Adventures (Apple II), read the abandonware guide first! 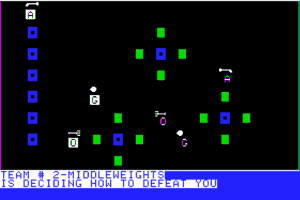 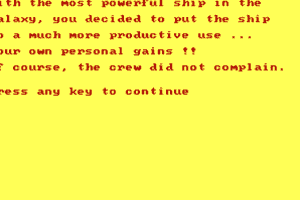 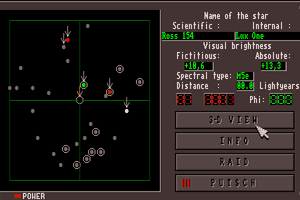 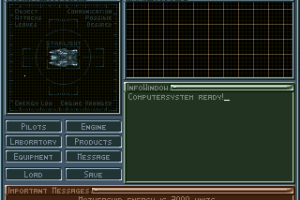 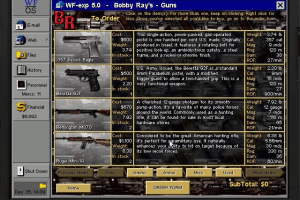 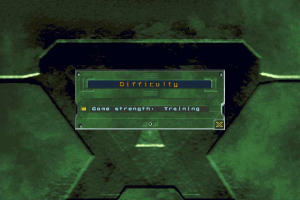