Description of House of Cards

House of Cards is a good collection of 6 of the most popular card parlor games from Mastertronic, and may well have been the last game Mastertronic released before their being taken over by Virgin to form Virgin Mastertronic division.

Of the games, cribbage and gin rummy are traditional 2-player games, while the rest (spades, hearts, bridge, and pinochle) are 2-player versions of conventional games. While the computer player in House of Cards is no walkover, the game is also very beginner-friendly. Newcomers who are not sure of the rules can play in practice mode, where the computer's cards are always visible. You can also observe how the computer plays by watching a game in demo mode, replay a hand (although you aren't allowed to undo it), and read the rules for each game at any time.

Similar to QQP's later Solitaire's Journey, House of Cards keeps a complete "win log" that records the total number of games played, total number of points won, and the name of the current leader. Each card game can be customized in some detail; for example, before starting gin rummy you can choose whether to allow speculation, set the value of box and knock amount, and the winning score ("game limit"). This flexibility and solid AI makes House of Cards one of the better card games on the market, although it doesn't introduce anything new to the genre. 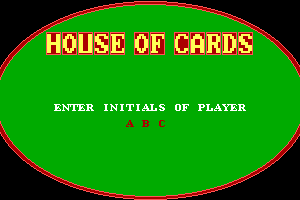 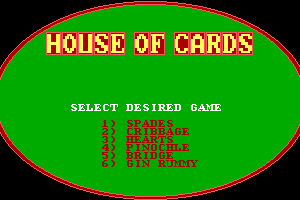 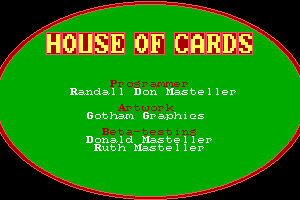 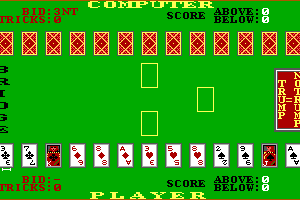 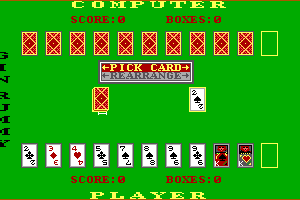 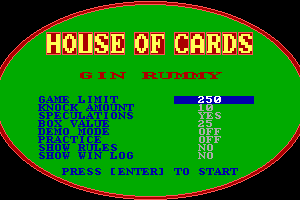 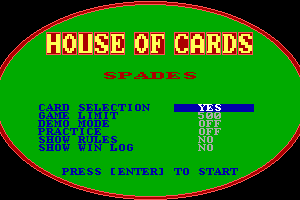 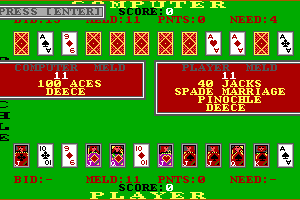 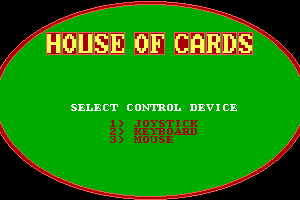 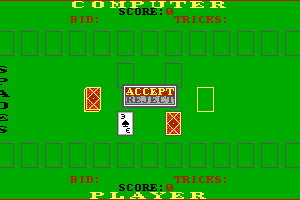 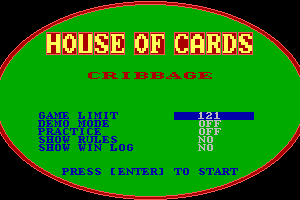 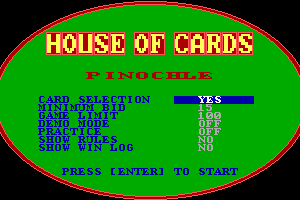 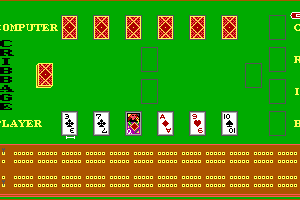 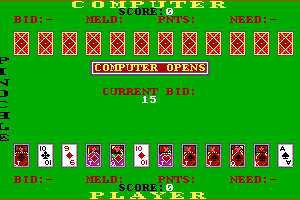 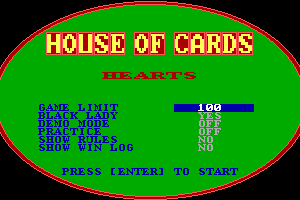 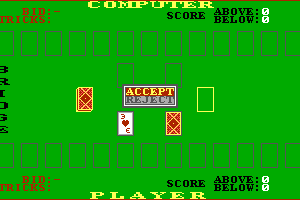 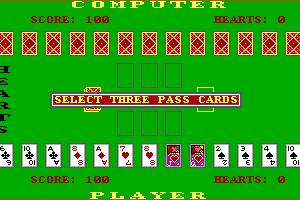 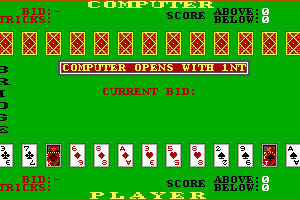 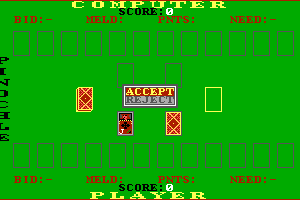 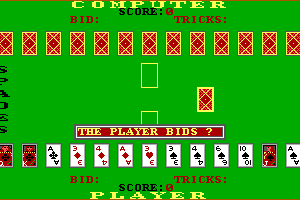 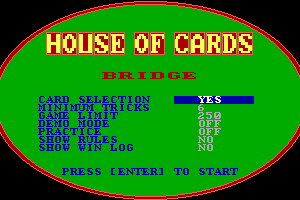 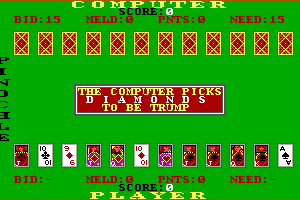 Share your gamer memories, help others to run the game or comment anything you'd like. If you have trouble to run House of Cards, read the abandonware guide first!