Jennifer Reitz's review says it all about this excellent shareware underdog that is still going strong years after its initial release: "Inner Space is a remarkably clever little game, suitable for all ages and skill levels.

The idea of incorporating the icons associated with files into a playable game, creating game levels out of directories and applications, is simply brilliant. While the gameplay is fairly standard shoot and collect, the addition of social relationships between various cyberspacial teams makes the game deeper than average for the genre. Also the fact that the game adjusts it's violence level to the actions of the player is the type of interactivity that more game designers should emulate. I have been screaming about the concept for years, it is pleasing to see someone actually do it. The overall effort on Inner Space shows both love and heart. The creators gave a damn about what they were making, something which shows in every aspect of the game. While not at the programming or artistic level of more corporate professional works, this is the kind of game that wins with sheer spunk. This is the work of little, independent game creators, trying to be professional and innovative within a worn genre. Best known for the After Dark screen savers, Software Dynamics programmers have won me over with their determination to make a game. This is no Quake, or Final Fantasy. It doesn't try to be. It is a fun, addictive little game that will tailor itself to your style of play, it could be utterly non-violent, or a constant blast fest, according to your actions. It even provides an editor to create your own ships, a feature I applaud. I recommend Inner Space with only the most minor of reservations, in that it could be tweaked a bit and bettered. For one, I would require that a single interface handle all functions once selected, rather than having to split attention twixt keyboard and joystick, for instance. I would add an option for the joystick to work the same way as the keyboard (frictionless thrusting movement ala Space War), and I would definitely perk up the graphics. The sound code sometimes seems to glitch. But kudos to the womyn that did the voice-overs, her sultry, suggestive voice has a strikingly professional sound. This is fine work, for what it is. Inner Space is a wonderful, simplistic little time waster. It is inexpensive, lovingly made, enjoyable, and unpretentious. It is the little game that could. Quite simply, it is gentle fun." Best of all, Software Dynamics has been consistently supporting the game since its first release in 1995, coming out with new updates, add-ons, and ship models all the time. The game is definitely well worth the $24.95 it costs, and aside from getting a great game, you will also help support one of the best independent game companies today. Two thumbs up, way up! 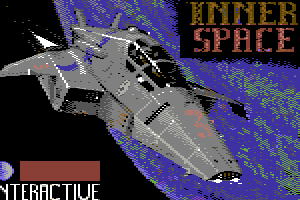 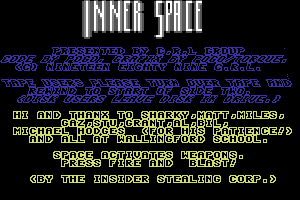 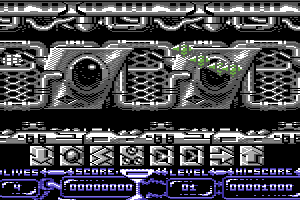 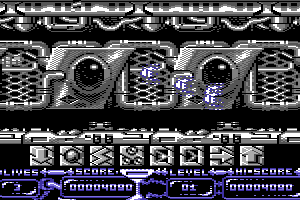 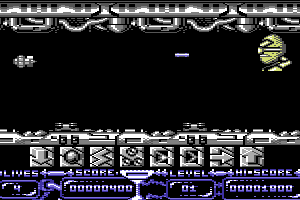 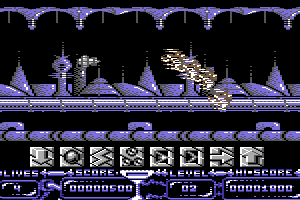 Share your gamer memories, help others to run the game or comment anything you'd like. If you have trouble to run Inner Space (Commodore 64), read the abandonware guide first! 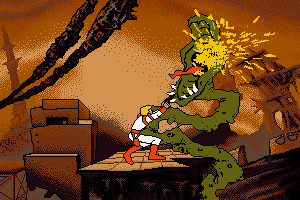