Set in Asia during the Middle Ages, you play the role of an aspiring merchant in I-Motion's Marco Polo, one of the most obscure games from the company.

By buying low and selling high and completing missions entrusted to you by the various characters that you encounter throughout the game, you gain fame and fortune. As the title implies, your goal is to emulate Marco Polo, legendary explorer and merchant who helped make the "Silk Road" one of the most important trading routes in history. Since Marco Polo is an economics simulation, albeit a historical one, there are no "victory conditions" to fulfill. Similar to Sid Meier's Railroad Tycoon, you can "retire" whenever you wish, at which point you will be given a score based on your wealth and prestige. The game is a "light" simulation in a sense that it's not based on a complicated economic model, and there are far less variables at work here than, say, Holistic Design's Machiavelli The Prince. As a merchant who has no interest in politics, all you have to do in the game is to buy low, and sell high somewhere else. You can haggle over the prices by increasing or lowering your bids. The interface, although very easy to use, becomes a little cumbersome as the list of things you bought grows large, requiring you to scroll often to find anything in your goods inventory. One very nice feature that sets Marco Polo apart from similar games is the heavy use of multimedia. Your missions are given in short video sequences, and encounters with other characters are done with still shots and audio. While traveling through Asia, many of the events you hear of, or even participate in, are historically accurate. Many of the characters you meet, such as Kublai Khan, are also be based on historical personalities. Another fun aspect of the game is the background information Marco Polo himself: the story of Marco Polo's family and his travels is narrated to you while you watch a "slide show" that is occasionally interrupted by video clips. This historical facet adds a good dose of realism to the game, and makes it educational to boot.

Overall, I find Marco Polo an entertaining, a bit too simplistic, simulation of historical trading. The video clips make the game interesting and educational, and seeing historical events depicted on screen is always exciting. The acting is also above-average-- something that can't be said for most FMV games at the time. Well worth a look, although fans of history will probably like the game more than fans of complex economic sims. Thumbs up! 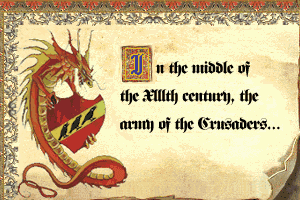 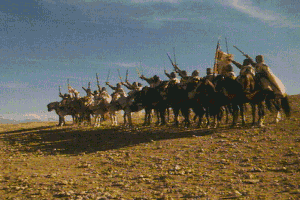 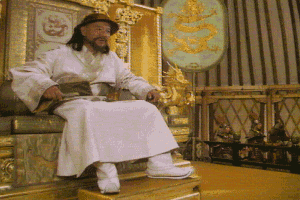 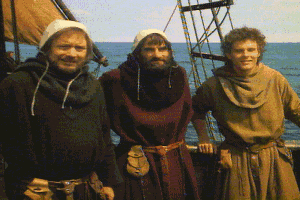 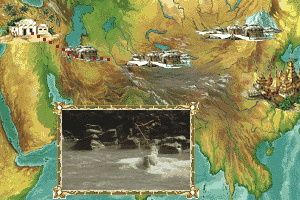 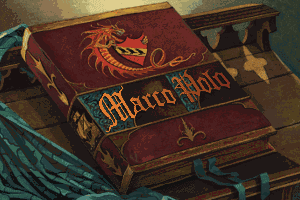 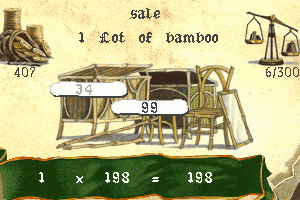 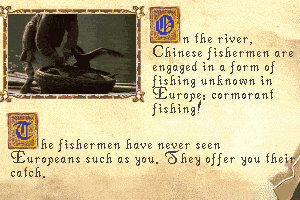 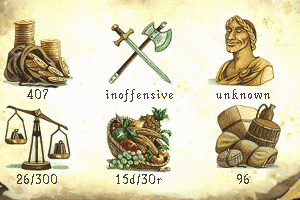 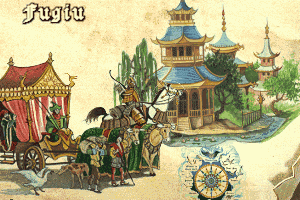 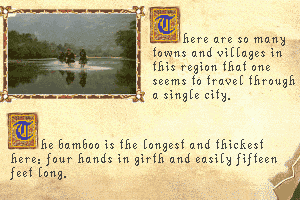 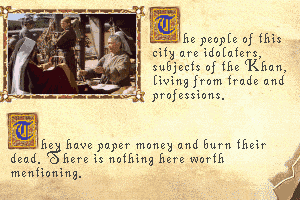 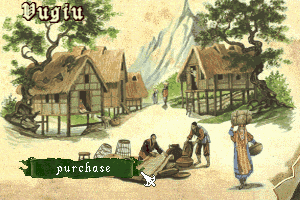 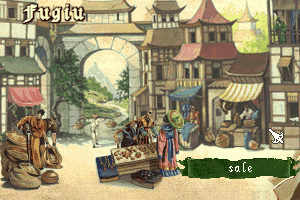 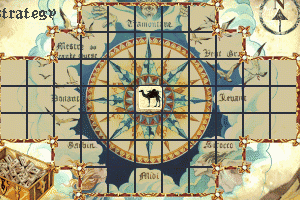 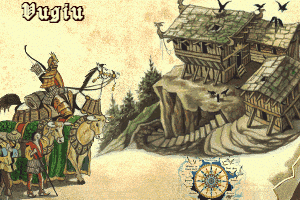 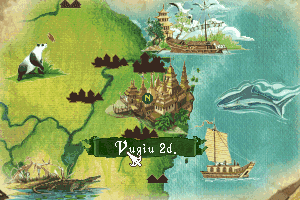 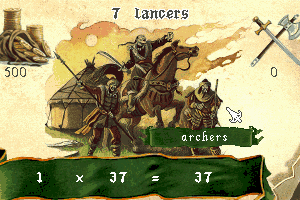 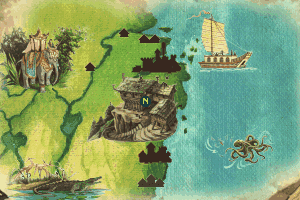 it's not an abandonware any more, it's released on steam by Classics Digital.

I loved this game when I was a kid! This is one of the best merchant games out there!

I can not seem to successfully save a game.

Share your gamer memories, help others to run the game or comment anything you'd like. If you have trouble to run Marco Polo, read the abandonware guide first! 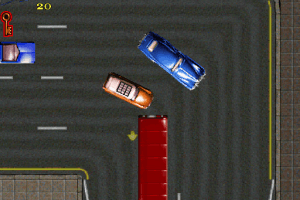 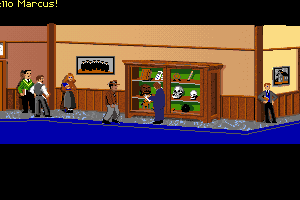