Description of Math Blaster Plus!

Another excellent edutainment title from Davidson & Associates, designed by Jay Davidson himself. The description on MobyGames says it all:

"An updated version of the older Math Blaster! educational game. Unlike the previous version, this one's not in BASIC! A new GUI greets users, called the "Davidson Student Desktop Interface"- this allows people to switch from one portion of the game to the next without all that nasty typing.

The math is broken down into five subjects- addition, subtraction, multiplication, division, and fractions/decimals/percents. The game itself is broken into 5 activities:

The math problems contained within aren't randomly generated, but are pre-written lessons (which are handily printed in the instruction manuals.) Math Blaster Plus! can be used to create new lessons, can be used in a classroom setting to track individual students' performance, and can print stored lessons as paper-based quizzes/tests for more traditional (and more boring) use."

Definitely one of the best math programs ever made, despite its age. Highly recommended, especially for pre-schoolers. 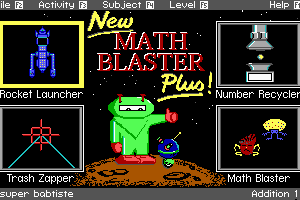 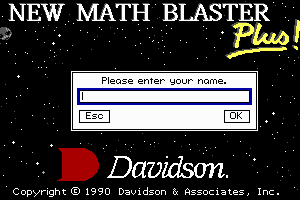 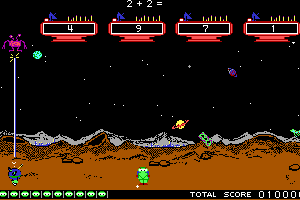 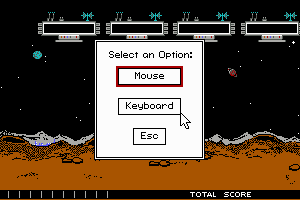 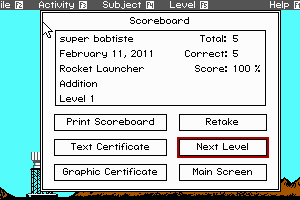 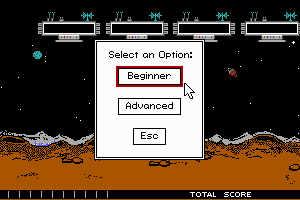 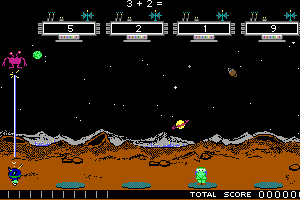 This may have been the most addictive / competitive game that my whole class played growing up. Thank you GCS

I used this game when I was a kid! Now I am working to be a teacher and will use it again!

I think Math Blaster Plus Is an awsome game

Share your gamer memories, help others to run the game or comment anything you'd like. If you have trouble to run Math Blaster Plus!, read the abandonware guide first! 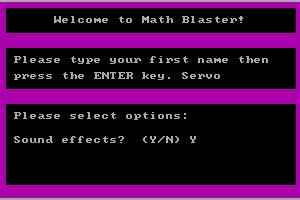 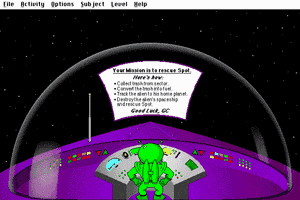 Math Blaster: Episode One - In Search of Spot
Mac, Genesis1995 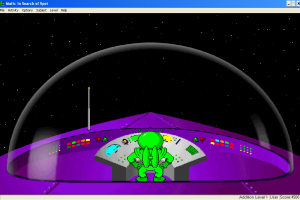 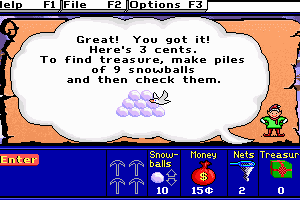 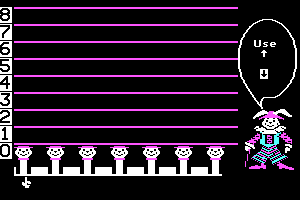 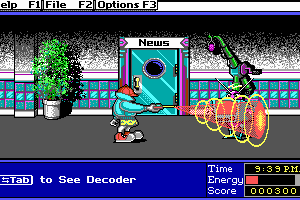