I had no idea what to expect with Metal Knight Mission: Terminate Resistance ; I'd not heard of the game before receiving it, and could only find it on sale at a handful of online CD stores at an apparently cheap $20US. With many games, you can fall in love at first sight. Homeworld is an example of such a game. It may be that you later discover that the object of your lust has bad personal habits - in the case of Homeworld it's the need to madly harvest and salvage everything in sight - but first impressions can count for a lot. It's rather more rewarding to find a game which grows on you slowly, where the friendship becomes a strong long-term relationship. Those games are much rarer, with perhaps Civilization being the classic example.

With Metal Knight Mission first impressions were not good. Seeing an option to install DirectX 5.0 on a modern game suggests something's afoot. As a sci-fi real-time strategy, a game like this needs to offer something novel, or something distinctive to hold my interest. A tale of three factions - the Earth Union Defense Army (EUDA), the Firehawk Corps and the Empire of Adonia - battling it out in the 32nd Century is nothing new. But as a reviewer you need an open mind. I launched into one of the three 20-mission campaigns as the EUDA, and was immediately gobsmacked by what I found... exceptionally chunky graphics and little legged robots running around at breakneck speed. This was not looking like a good first date.

What I hadn't realised though was that the designers had chosen to set the default resolution to 640x480 and the default game speed to 'fast'. A brief outing into the options screen and I was running at a more leisurely pace and settled in at 1024x768. The difference was night and day; while the graphics are still somewhat short of modern standards, they're certainly good enough to give the gameplay a chance to shine through.

Metal Knight Mission has a relatively standard RTS design, though the resource gathering aspect is a little different from most. Like Z and more recently TA: Kingdoms, the resources on the map are limited, and you have to be aggressive in seeking them out and occupying them to generate enough "cash" to build the army to defeat your enemies. The more of these resource-generating settlements you own, the bigger your income and, as a result, the less your enemy's will be.

Money can be used to build new fighting units or to build new structures, the most useful of which are the buildings which enable research to raise your tech levels in mobility, power, weaponry, armour and "measurement" (which means radar and detection ability). You can churn out a lot of low tech units (which can be useful to occupy the settlements) or invest in longer-term strength. There's also the more accustomed C&C type buildings, like power generators and repair pads. Unlike C&C though, these are built by construction robots, so you can build any number at the same time, cash permitting.

Your fighting units are made from three components - the drive system, the chassis and the weaponry. Some stock units are offered, but you can also create your own, tuning the cost of the final design against the particular type of unit you want. In theory this is a neat idea, but with the exception of the unique EUDA flying units the others seem to be rather samey, both within each force and between the sides. There doesn't appear to be any special weapons, or abilities, the sort of things that made Dark Reign and Starcraft more interesting, or at least which made the distinction between the fighting units that bit better. Units are rated by weapon power, range, movement speed, armour and spotting range - while you can trade these off against cost, there's no interesting decisions to be made (e.g. can I buy a cloaking unit, or a shield generator, or a teleport ability...?) While the units are colourful and look fine in battle, there's just no feeling of having anything special to toy with.

The interface also leaves a little to be desired. You can queue production and set muster points, but I saw no way to use waypoints or to set aggression, patrol or guard orders. The ability to order a unit to "hunt and destroy" (as per Dark Reign) is useful, but in general the range of options is limited. The computer AI is rather better than average though. The enemies attack in force, will single out weakened units and chase them down, even deep into your territory. The AI is also good at poaching settlements, and generally keeping you harassed and busy with hit and run raids. The pace of battles is good, there's just a lack of fun things to try out.

But the AI doesn't really make the game stand out; Metal Knight Mission is an average game with an average design. The roll-your-own unit feature and the requirement to be aggressive to gain resource generators both help to add some interest to the gameplay, but with so many other better games out there you'd have to have bought a whole lot of them before your attention would turn to this offering. If multiplayer were a saving grace, the apparent lack of TCP/IP support or any match-making service doesn't help either; you're left with just IPX LAN play and the need to dust off your old copy of Kali.

The one attraction Metal Knight Mission has going for it is the price, but why fritter $20 on a run-of-the-mill RTS game when you can save a bit longer and get Age of Empires 2, or one of the more glitzy recent RTS releases like TA: Kingdoms (which is better with the 2.0 patch), Warzone 2100 (also fixed up well with its patch), Homeworld or even the rather disappointing C&C: Tiberian Sun. If $20 is all you have, well, there's a lot of good bargain bin buys around, like Myth 2, Battlezone or the splendid original Total Annihilation. The market is awash with real-time strategy fare - to sell well you need something of a fresh, innovative angle or an exceptionally well-polished and slick product. Sadly Metal Knight Mission falls short on both counts. 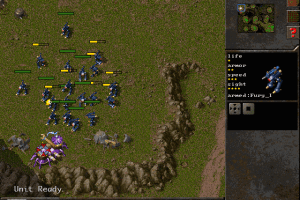 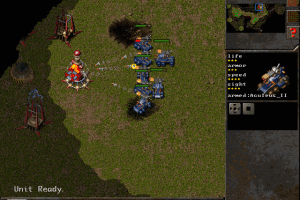 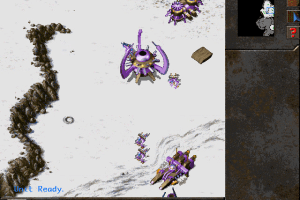 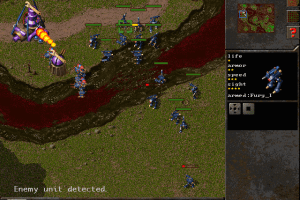 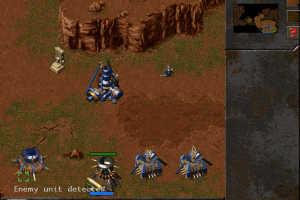 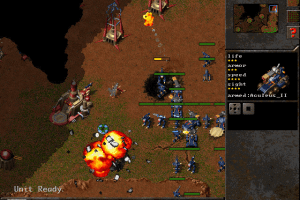 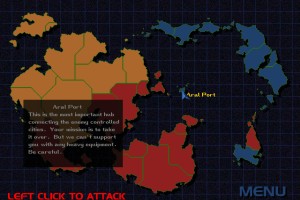 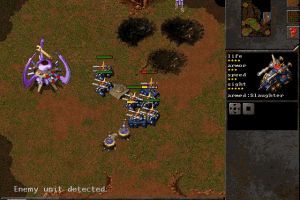 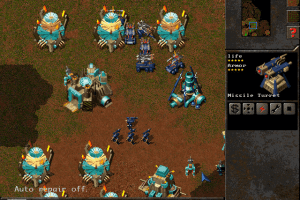 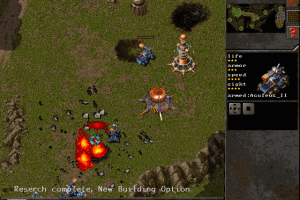 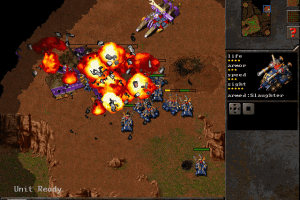 This is a great game, does anybody Knows how to run it on Win10?

Any chance to have a patch to play that game in windows 10?

An interesting little Chinese RTS, think KKND, but almost exclusively with modular mech units, that you can research and create as combinations of parts (WarZone 2100 or Earth 2150). Resource mechanic is kinda simplistic, you capture cities that give you passive income, and can upgrade them to hold more people - and give more money. But they can be easily retaken by just rushing in with one unit, so you have to defend them. Also, no real story to tell about - a planet under oppressive regime (think your conventional Harkonnens), typical uprising started (Atreides), and a contingent of Earth forces came to pacify the planet with good old fashioned democracy (kinda resemble Ordos because of reliance on light and fast mechs). Still, I find it pleasant fun, mostly because of the art style, unit creation system and everything being a mech. Do recommend.

Share your gamer memories, help others to run the game or comment anything you'd like. If you have trouble to run Metal Knight: Mission - Terminate Resistance (Windows), read the abandonware guide first! 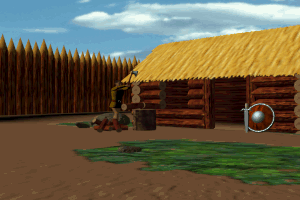