Outpost is one of the most over-hyped and worst fiascos in Sierra's history, and a game so poorly executed it should never have been released.

How awful is the game? Ty Brewer says it all in his prologue to the review of much-improved sequel Outpost 2: "Outpost was first released... just as the transition from floppy disks to CDs was reaching critical mass. The large capacity of CDs enabled Sierra to produce a game with stunning visuals and looked like a sure-fire winner. The game box was covered with quotes from such publications as Popular Science and Omni, the now-defunct futurist magazine.

Ah yes, I remember that winter, taking my precious Christmas cash to the electronics store to purchase just one computer game. Outpost was it. It had great pictures, testimonials about the realism and gameplay, and the look of a sure-fire hit. Fresh from months of SimCity, I fully expected "SimCity in Space". The stunning visuals were sparse - most of the visuals were what you saw on the box.

The "screen shots" were completely misleading - most of the shots weren't really taken from the game. Worse, the gameplay and manuals were pitiful. I don't mean just bad - it was a pain to play this game. Forget the hyped expectations the game had set for itself on the box, forget the stunning testimonials, the game was just plain bad... and boring. The game was work just to play. If any game was a candidate for a return, Outpost was it. But I didn't return it. There was something about the game's devotion to hard, real science that appealed to me. Perhaps I hadn't given it enough time? I played on. I played and played and played. The game got worse. Before I knew it, I was playing this game just to prove that it could be played and to show that I was not going to be beaten by this sorry piece of digital hell.

What was so wrong with the game? I'll sum it up in one brief description of a portion of the game. At some point your orbiter arrives at a planet and you must launch your equipment to the surface. A screen comes up with something like 8 buttons. You must click the buttons from the top to the bottom, then press "OK". Well, that's it. That's what passed for "fun" in Outpost. I just can't imagine someone at Sierra thinking that pressing 8 buttons from top to bottom somehow added to the gameplay - "Doh, I forgot to press the first button! This game rocks!" It was this apparent disregard for gameplay elements that doomed Outpost.

Oh, I'll never forget this handy keyboard setup: Ctrl-1 thru 3 for underground levels 1 thru 3. Too bad it was Ctrl-0 for the surface. What that meant was you couldn't cycle through the levels of with one hand - to see the surface level, you had to use your right hand. What would have been so hard about Ctrl-1 being the surface and 2 thru 4 being the underground levels? Oh yeah, that might make you spend more time playing the game and you would realize the game was plain awful."

Now you have a chance to find out just how bad the game really is. Be warned, though: this Real Dog IS much worse than you think. 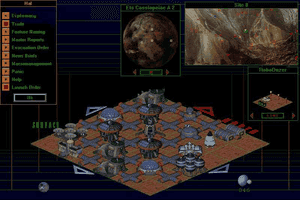 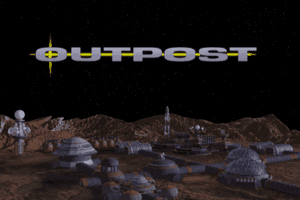 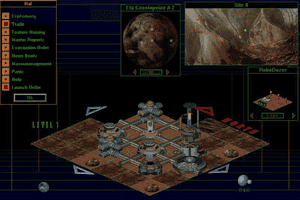 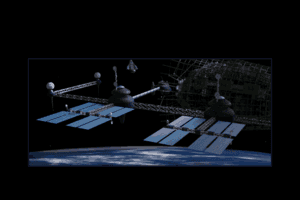 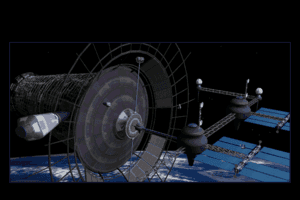 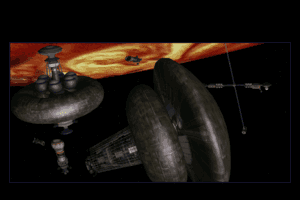 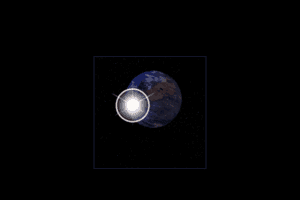 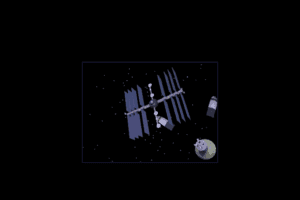 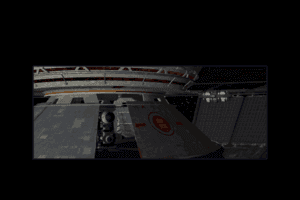 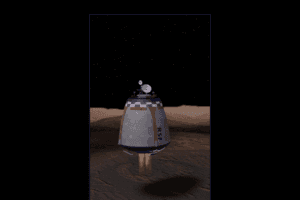 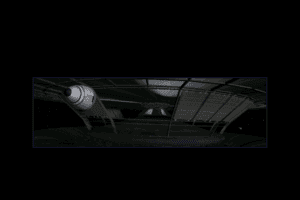 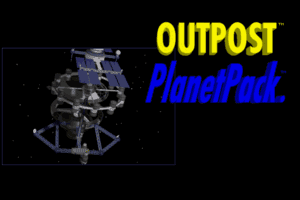 Around this time, typically there were two releases for DOS. One is the floppy version(with still images) the other is the "multimedia" version which comes on a CD. Since not everyone had a CD-ROM on their PC yet back then, you could choose. The floppy version of course was smaller, and often had no video cut scenes, just still images with text. The multimedia version would give you the full motion video and audio experience that only CD-ROM could deliver. Most HDDs were under 1 to 4 GB at most back then, so having all the video and music on the disc meant a huge payload of data could be stored there, instead of your hard drive, which was only slightly larger than a CD-ROM. I remember buying a second CD-ROM later so I could copy CDs "on-the-fly" with nero without needing the hard disk to buffer all 700MBs(because I never had that much to spare). I also bought a zip disk drive for this reason.

Windows version has the BMP's without the videos. The videos makes the Mac version so much larger.

As for running it, you'll need to set up a virtual environment with DOSBox and Windows 3.XX for it to work unless you have a 32bit flavor of Windows in which case it'll still run normally. Search for "outpost 1 download and run" and you'll get a link with an emulator already set up for you.

There is someone doing remake of outpost 1. It will eventually have the complete functionality that the original outpost was supposed to have. It is called OutpostHD.

For anyone confused about the bin and cue files, they are a form of digital archive of a CD or DVD; a bit like a ISO file.

To use them, you need to "mount" them using a virtual CD/DVD drive program, such as Daemon Tools (daemon-tools.cc) or such.

The best part about this game was the panic button. Anybody who had a colony go to hell and tried to use it knows what I'm talking about. I still remember it almost 20 years later.

I unzipped the file, but nothing installed. I have "outpost.bin" file that's 435,844 kb and "outpost.cue" file that's 1kb, but neither of them work. I have to choose an app to open them. I have the original CD that does not work, and thought this would. Please help!

I have the original CD yet! I love this game!

Is the windows version even the whole game?

I have the full 118 page manual. msymike@yahoo.com

Hi
(Please escuse my english if i made mistake)
Well in a past, it's hardest to play a game if you'r ain't got the good configuration, in recent month my resolution has to litter the original game and i never play this game entirely.
Today we have an emulators and virtualbox, so thanks to the developpers and thanks to this kind of site for a part of old gamers, like me.
Pash

Yes please how do you guys make it work?

Ya could do with adding some instructions on how to run these on modern systems. Can't seem to run this bugger with DOS Box.

This is a really great game, once you figure out the controls! I spent days on end playing it and I'm downloading it now to play it again! Then I'll try Outpost 2 as well!

I had this game and I remember spending hours trying to make things happen -- nothing doing. I finally decided it was a turd. I'm going to try it once more, 20 years later! And let's see if it's still what it seemed or if I was a fool.

Yea I had the CD of this game. Didn't really play it though.

I remember playing this game. I did not realize it had so much history and controversy because of the bugs, left out features, hyped magazine reviews.

Share your gamer memories, help others to run the game or comment anything you'd like. If you have trouble to run Outpost (Windows 3.x), read the abandonware guide first! 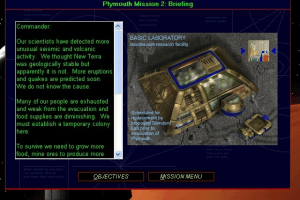