Riot is a unique and fun 3D futuristic sport game that plays like a cross between basketball, football, and hockey.

The game plays a bit like Bitmap Brothers’ classic Speedball upgraded for the new millennium, although the controls in Riot are not as intuitive. Games Domain explains the pros and cons of this underdog in their usual comprehensive review: "Select your Riot team from the ranks of Australia, France, Germany Japan, Mexico, Russia, the U.K., or the U.S. You'll have six players to do your dirty work—two on attack, two on defense, and two substitutes. Though each player has a fatigue meter, subs aren't often used, since the on-court players recover quickly. Player/team customization is straightforward if you read the manual. You do read the manual, don't you? You can adjust each player's accuracy, speed, power, and stamina to achieve the ultimate balance for each position's purpose. The team tinkering doesn't end there. Among other things, you can rename your manager and players, and even change their faces! On with it. The gaming arena is much like a basketball court, with a raised scoreboard over half-court. However, in Riot, the "scoreboard" is actually the hoop. And what would normally be the baskets on either end of the rink are the "chargers." Your task is to gain control of the "plasma ball," push the ball into your charger (located in enemy territory of course), then take it to the hole! Goals are worth one, two, or three points, depending on your distance from the goal when you took the shot. No referees or rules will impede your defensive play. So check, fight, and intercept! Just get the ball anyway you can. (Long forward slides can quickly help you close the gap between you and an opposing attacker.) Even if the opponent "has charge" and shoots at the goal, you can still "block" the goal. But your timing will have to be sharp because the goal closes, then immediately opens. Occasionally, the unruly crowd will toss "power-ups" onto the court which players on either team can use. The five types (speed-up, power-punch, power-shot, health, and hawkeye) will only last the player 30 seconds.

Note: Power-ups are over-rated. Setup could've been made easier with more extensive auto-detect setup routines. Even though tinkering with the screen modes isn't hard, it still wastes gaming time. Also irritating, most of the 20+ camera angles are useless because you can't see enough of the court. (I settled on the "Z-Rail Hi" setting.) Player control should be tighter. You can't cycle through the players to pick the one you want. No matter what, the player nearest the ball becomes active. Also, no support for a gamepad or joystick for the Win95 installation (though available in DOS) is a huge omission! Riot begs for a gamepad, because the keyboard is an awkward way to play this game. For instance, the Z-key does one of three things, depending on a player's location and whether or not he has the ball. It can pass the ball, charge the ball, or cause you to do a forward slide. Lets just say that this is initially confusing and frequently frustrating. Tip: Try the DOS install routine instead of the Win95 version, if only to get access to a joystick. The last gripe, but not the least, is that network play is great for the office gamers, but currently Riot doesn't support Internet play for us modem jocks, seriously limiting the game's life. Despite all of its little imperfections, Riot is a remarkable balance between luscious graphics (such as player reflections) and wickedly fun gameplay (like bouncing the ball off an opponent's head). The unique concept is intuitive, easy enough to control (with practice), and addictive enough for limited single-player replayability—8 to 10 hours worth of gaming. Tournament play will extend your amusement." 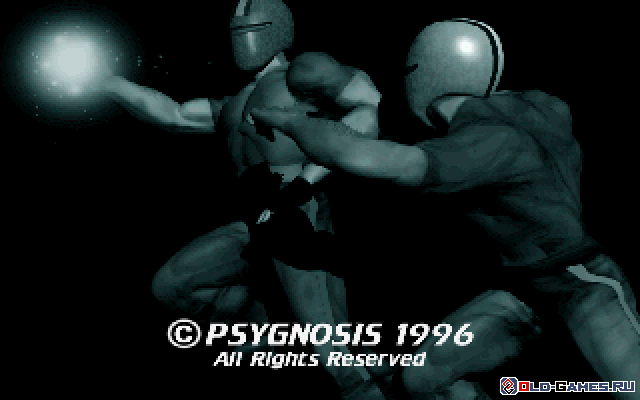 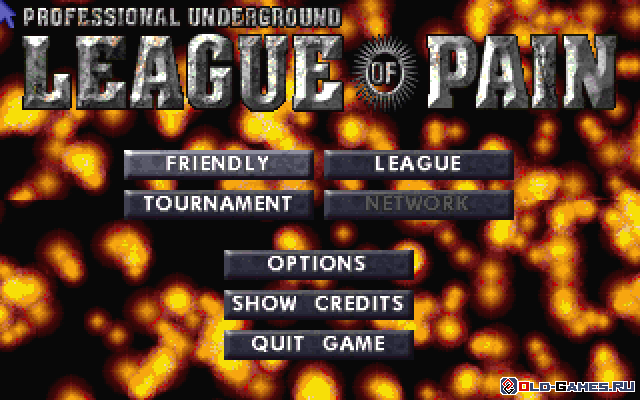 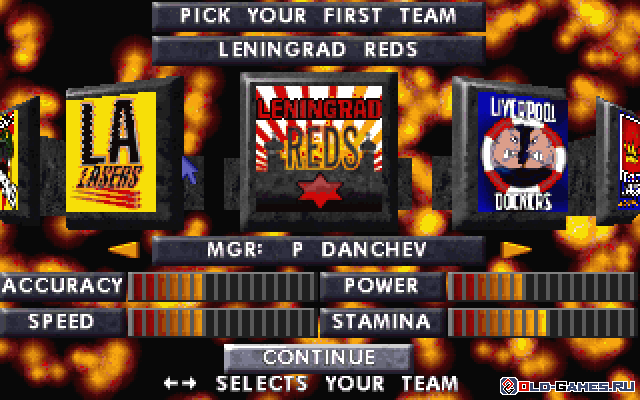 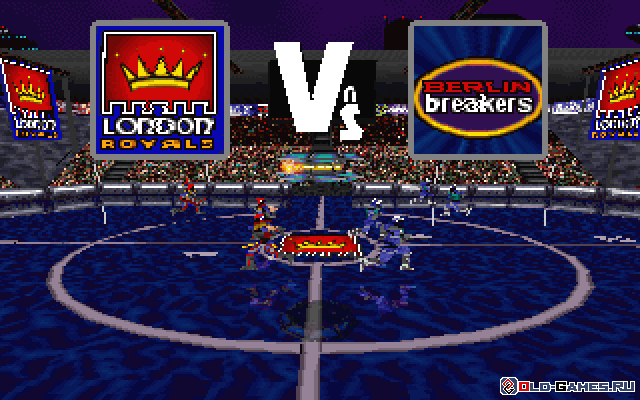 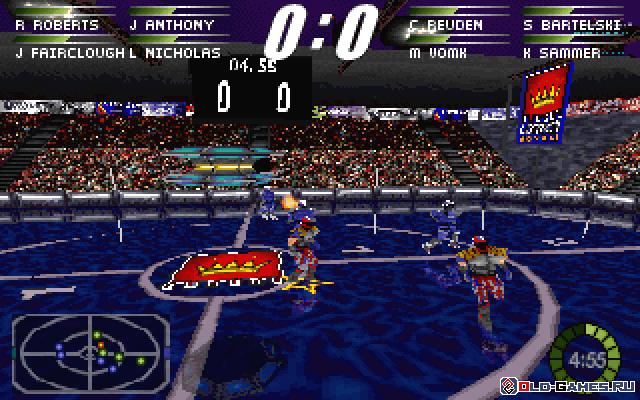 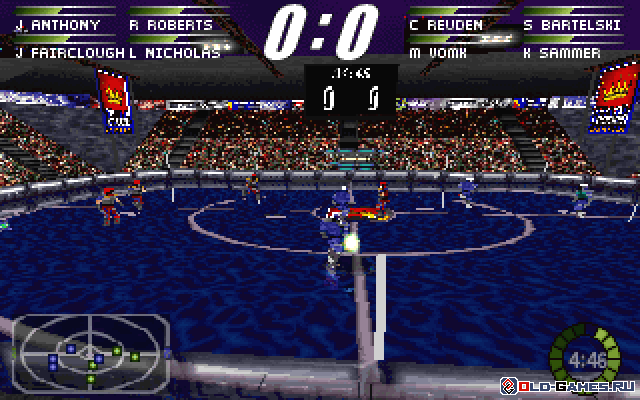 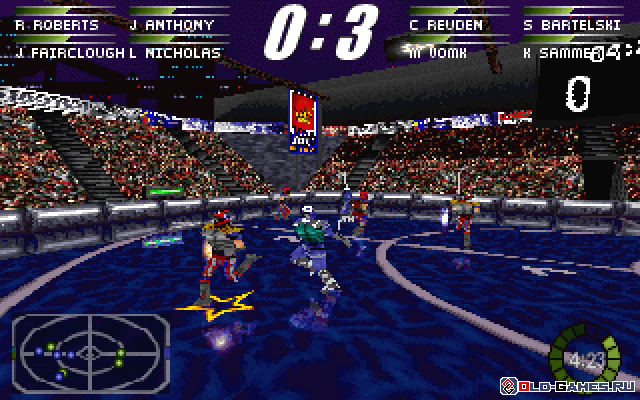 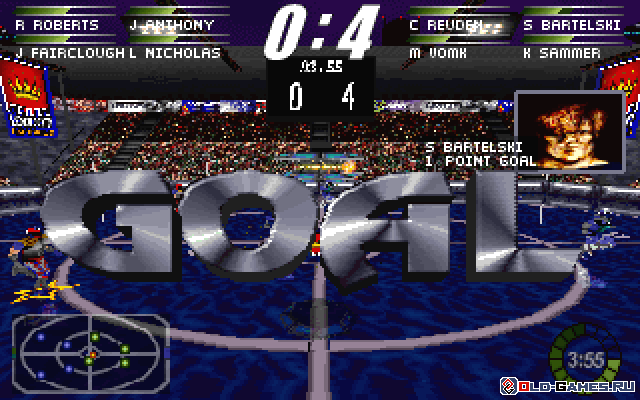 Share your gamer memories, help others to run the game or comment anything you'd like. If you have trouble to run Professional Underground League of Pain (Windows), read the abandonware guide first!