In this cross between SSG's Warlords and EA's classic Rampart, your task is to either attack or defend a castle with fantasy units. Good VGA graphics and music unfortunately can't hide the fact that the AI of the game is simply horrible-- arguably even worst than Mindcraft's dreadful Tegel's Mercenaries. It is far too easy to outflank the computer and confuse its units by feigning attacks, and the only time you will feel anything resembling a real challenge is when the computer commands many more units than you do, to even out the odds. Gameplay mechanics is decent, although the cumbersome interface (like in most Mindcraft strategy games) really gets in the way. Although the game is real-time, you can pause it at any time to give commands.

All in all, Siege is a fairly superficial tactical game that promises more than it delivers. Although there are many units you can buy, their difference simply boil down to whether or not they can conduct ranged attack or not. The lack of campaign mode is disappointing, but made up somewhat by a versatile scenario / map editor. Limited goals, gameplay, and bad AI makes this a good game only for beginners or anyone who likes easy strategy games.

The rest of us would be more content playing SSG's Warlords or QQP's Conquered Kingdoms for the umpteenth time. If you want to give Mindcraft's engine a second try, play the much-improved Ambush at Sorinor instead. 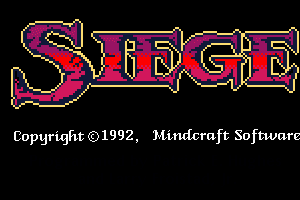 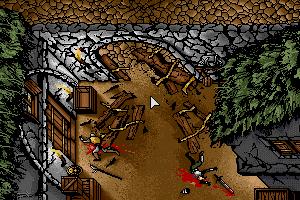 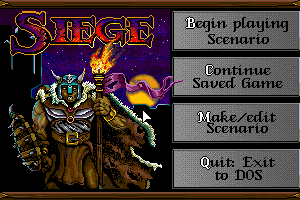 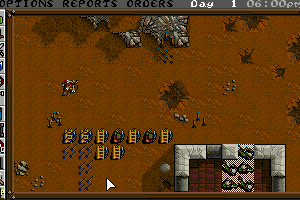 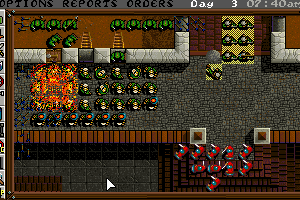 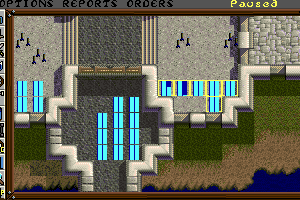 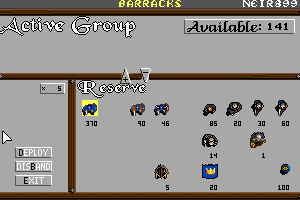 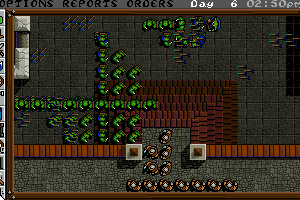 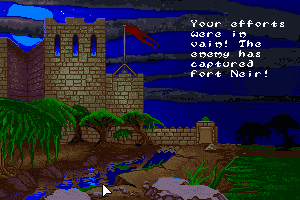 I remember this being such a great concept, and might have been more fun to me if I'd seen it earlier. But frankly, it was one of those overly ambitious for the systems they could make it for, and never could be made to work the way it should have.

Unfortunately, of so many of the better things done since then, they missed out on the things that this game was attempting, and some of the things it did so well. Basically of all the ones I've seen with the complexity of Siege, they end up becoming overly complex, especially for a real time strategy game, and those that simplified in ways Siege had to have oversimplified, and can never be rich as Siege did manage to be.

Effective design though is after all not an easy thing.

Yet another game that does not work. I can load it, and I get the opening sequence. I have set up the sound and I have sound. But halfway through the starting sequence the game locks up, and can not proceed any further.

yes this is one of the 90s gems

@Dar Thanks, now the add-on and the manuals are available here

The expansion pack, "Dogs of War" is on HotU.

Use WinRAR or 7-Zip to extract files from "DOGS.CMP" (it's an Arj archive) file, then add them to the original "Siege" game folder, to play the expansion game.

Thank you so much! Love and Loved this game ... music brings me back.

I grew up loving this game. Then again I was like 12 the last time I played this. Simply amazing game for the time. Sure the AI was wonky, but I found it funny more than anything else. Plus trying to win in a head on attack was always fun.

This is a game you'll play once, have a lot of fun with, then forget about by tomorrow.

One of the best siege games

Share your gamer memories, help others to run the game or comment anything you'd like. If you have trouble to run Siege, read the abandonware guide first! 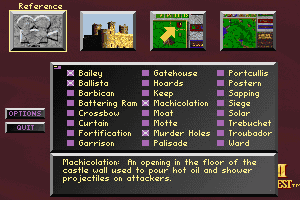 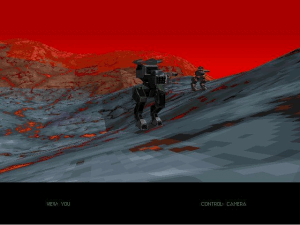 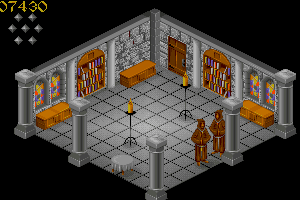 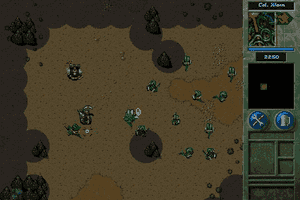