SimFarm was billed as “SimCity’s Country Cousin”, yet that fails to set expectations. SimFarm simulates running a small farm (which may grow into a big farm) and plays very differently from its SimCity “cousin”.

Where SimCity favored active (but simple) play, zoning and building roads until you ran out of money, SimFarm requires a patient approach. SimFarm has plenty of buttons and levels and a high degree of nuance, but rather than actively building your farmstead, you’ll be spending much of your time planning the planting schedules for fields, choosing which crops to grow, and when to sell harvested crops.

In many ways, SimFarm presages the idle games of today. Much of the game will be spent waiting for crops to mature and be harvested; once harvested, you either sell the harvested crops right away or wait for market prices to improve (while risking further downturns and inevitable deterioration of the harvest). You are able to toggle the game speed to make things go faster, but this is a game which you play in turns both passively and actively. Patience is the key to doing well on your farm.

There are MANY different crops available in SimFarm, each of which is modelled with unique grow-times, susceptibility to pests/weeds/fungus, optimal grow temperatures, water-needs, and storability. Aligning your plantings and grow seasons with weather favorable to your selected crops and planning several seasons of appropriate crops for each field well in advance are key to a profitable farm. The husbandry aspect of SimFarm is less detailed and is more akin to a mini-game than a proper bit of gameplay. For instance, while you can raise cows, you’re not going to be able to set up a dairy farm and make that your primary business. Animals consume resources and eventually reproduce. While selling animals can supplement your income, it’s hard to make your bread & butter, especially since it’s easy to accidentally sell a “mother” before the calf/foal/lamb/piglet depicted in the mouse-over image becomes its own “animal” to be sold. If anything, animals are the most fun for the havoc that they can cause when they get out—if a fence gets blown down, a couple of cows can make pretty short work of a field.

The weak-spot for SimFarm is a lack of documentation. While the in-game help has vital statistics on crops and animals, there’s very little on HOW to do many of the activities you need to perform or schedule to keep your farm running in the black. Though the interface is not unintuitive, it may take some getting used to before you get a handle on what you’re doing. Additionally, the town has a bad habit of shrinking after new developments are voted on and constructed; there’s no indication (that I’ve found) for what causes the town to shrink or how that shrinkage (or growth) is tied to the farm’s performance. It’s usually not a problem, but if you’ve sunk the money into getting a crop-duster, it can be frustrating to find that suddenly the town’s airfield is gone.

SimFarm holds up well, and while there have been many farming games since, few farm sims take as in-depth an approach as this classic. This title may also catch the interest of idle gamers who’ll enjoy exploring this precursor to genre; a bonus for idle-gamers is that emulation will allow you run SimFarm in its own window while you multitask, waiting for your harvests to come in.

How to play Sim Farm 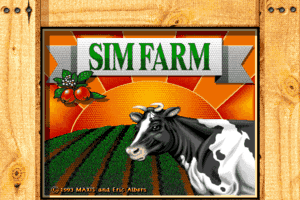 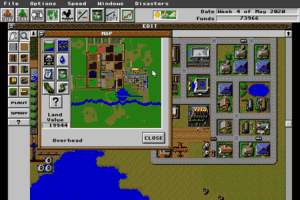 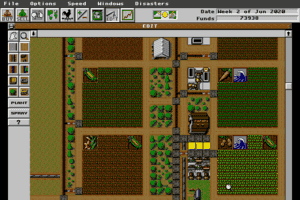 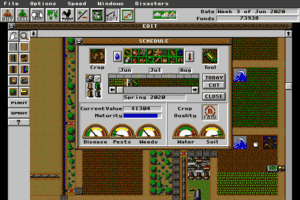 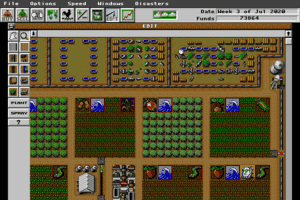 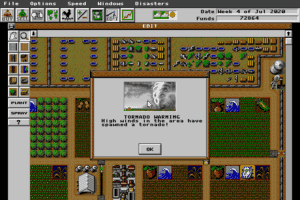 My best friend had the mac/pc hybrid game and brought it over and installed it for me once. I was going to download this game, but the nostalgia and memories of him got to me just seeing the screenshots. He died in 2005. :-(

sure used to play this game

can anyone get the cheats to work??

Memory's of when I was young

recreate the live in farm you plant coltive and creat the animal´s the milk .... is very fun..

worked fine on Boxer, couldn't be any more happy with this!

I just get error. Install.exe could not be found

its not worked for me

awesome! i loved this game

Wow this is awesome!! Thank you so much, I've been wanting to play this game again for a very long time...I'm so glad you didn't give me a virus like all my other attempts!! LOL Thanks again!

Changed the game archive, this is now the DOS version, patched and already installed. Thanks for the feedback.

Issue when installing. error cd or something

Wow, im surprised this game has no attention. this is still one of my favorite old school sim game. i still play it from time to time, and keep wishing someone would make a similar game with more depth.

Share your gamer memories, help others to run the game or comment anything you'd like. If you have trouble to run Sim Farm, read the abandonware guide first! 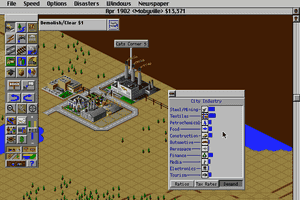 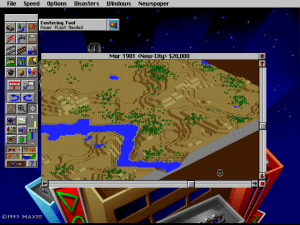 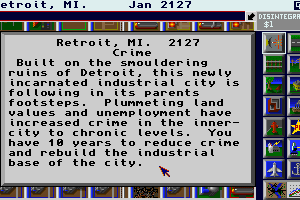 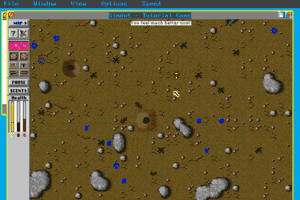 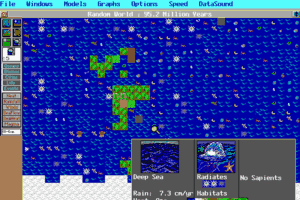