A decent flight sim by Mirrorsoft featuring the Harrier jet, released at the time when the fighter was hailed as hero of the just-over Falklands war.

Strike Force Harrier simulates the world’s only vertical take-off and landing aircraft quite competently, although it doesn’t have extensive campaign/career mode to keep armchair pilots happy for long. The game is played in low-res mode similar to Mirrorsoft’s other sims, so the graphics are a bit drab... although they are adequate.

The Harrier’s unique characteristics are faithfully reproduced in the game. For instance, if you get in a heavy dogfight you can suddenly shift the direction of the engines enabling you to flip behind an enemy and get him firmly in your sights. The display is split in two: first-person view from the cockpit, and the control panel. There's also a HUD that gives you status information and other niceties that modern fighters are equipped with. The animation is fast, but a little jerky.

The objective is quite simplistic, and more fitting in an arcade game: fight both air and ground enemies on your way to destroying their headquarters. One interesting feature is that you can set up ground support by defending your bases along the way. These provide the only means to rearm and refuel your fighter, so they must be protected at all costs.

Overall, Strike Force Harrier is a fun “light” sim that is too simple for veteran pilots, but more sophisticated for joystick jockeys. Worth a look, although the replayability is quite low. 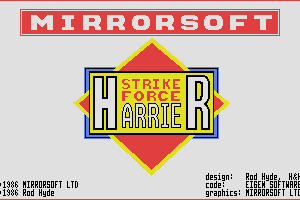 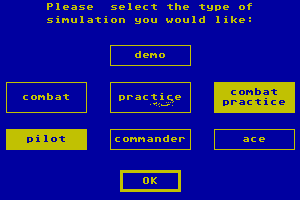 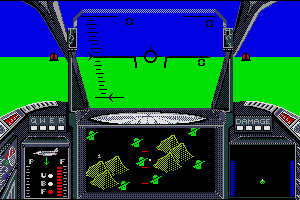 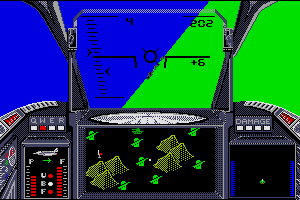 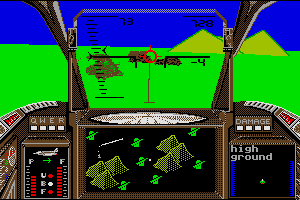 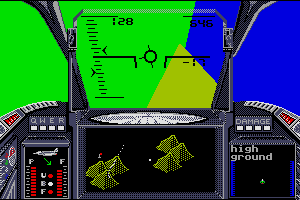 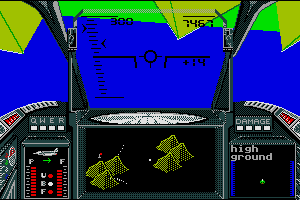 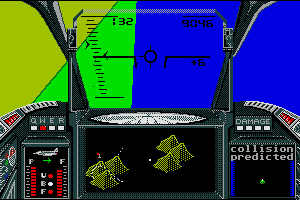 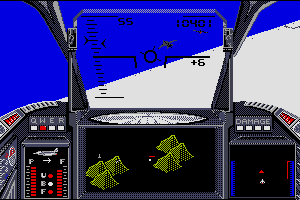 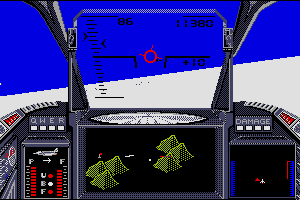 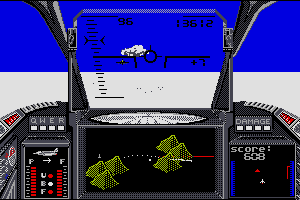 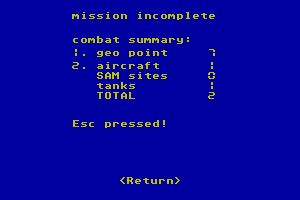 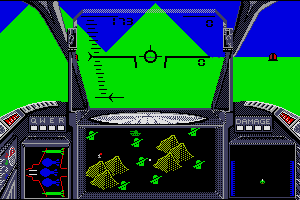 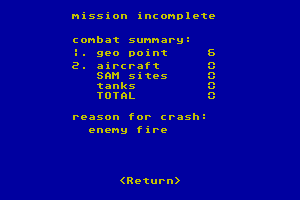 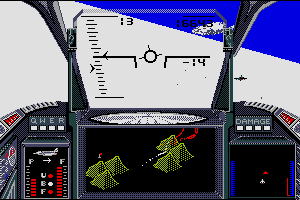 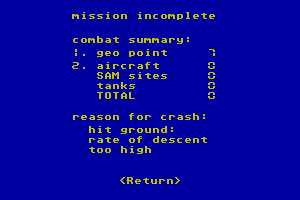 Dang look at those mountains in all their triangular glory

Share your gamer memories, help others to run the game or comment anything you'd like. If you have trouble to run Strike Force Harrier, read the abandonware guide first! 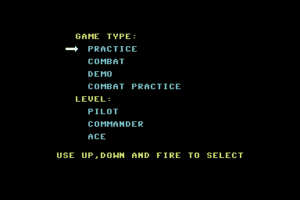 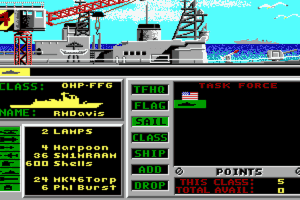 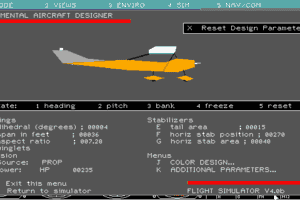 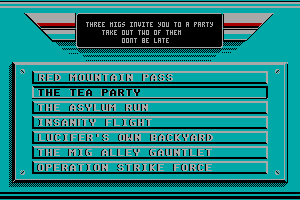